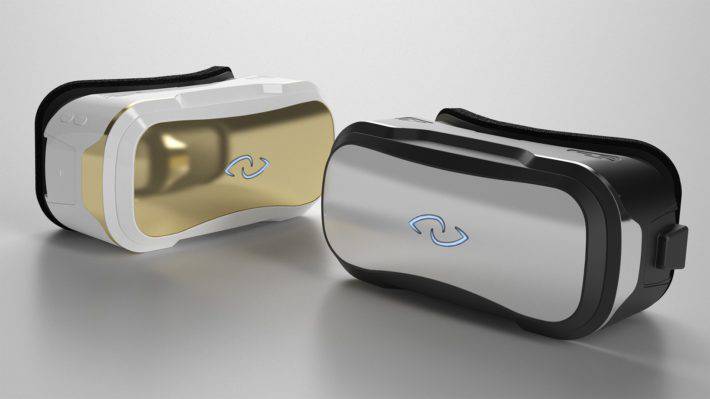 With virtual and augmented reality tipped to be the next frontier for consumer electronics manufacturers, a number of established multinationals as well as tech startups from around the world are jumping into the fray to carve a niche for themselves in the segment that is believed to become one of the major sources of revenue for both hardware manufacturers and software developers over the next decade or so. That being the case, a Chinese tech company called 3Glasses is looking to enter the virtual reality space with a headset of its own, called the D2 Vanguard Edition. While there's no definitive ETA on when it might be introduced commercially, 3Glasses says that it expects to start shipping final retail editions of the headset later this year. For now, however, Canadian tech blog MobileSyrup got to spend some time with the upcoming device and believes that it represents a decent trade-off in terms of the price-performance ratio.

3Glasses, the company behind the D2 Vanguard, is promoting its device as the world's first commercially available 2K VR headset, coming as it does, with a resolution of 2560 x 1400 pixels. That makes the D2 Vanguard sharper (in theory at least) than other, more widely written-about headsets like the Oculus Rift and the HTC Vibe, both of which have 2160 x 1200 display panels. The device has tentatively been priced at $399 by the Chinese OEM, which will also make it significantly cheaper than its two aforementioned competitors, but Samsung's Gear VR, which only costs $99, is still the price-warrior to beat in the segment. Especially, since it comes with the marketing muscle of the South Korean consumer electronics behemoth. The thing to note about the D2 Vanguard is that while the Gear VR needs specific Samsung smartphones to work, this one will need to be hooked up to a Windows (x86-64)-based PC to work.

The D2 Vanguard comes with a clean, modern and minimalistic look from the outside, and the stylized company logo is plastered on its front. The device will be made available in two different colors – white and silver, and will come with replaceable inner lining, which is definitely a welcome addition from the hygiene point of view. While initial impressions of the D2 Vanguard may have been a positive one for the tech journalists who had chance to take its developer version out for a spin, the success (or failure) of it will, in all probability, depend on the software eco-system that 3Glasses is able to build up around it. The device has a lot going for it, including its comparatively pocket-friendly price-tag and desktop Windows compatibility, which should, in theory, appeal to traditional PC gamers.

However, with developers reportedly flocking to Oculus's platform right now, 3Glasses (and by extension, other smaller companies looking to enter the segment), will need to try and get a compelling library of content for their respective platforms if they hope to make a dent in the segment that is nicely shaping up to be the next battleground for consumer technology companies, what with Sony, HTC, Samsung, Oculus and now, 3Glasses, looking all set to go at each other hammer and tongs. While pricing, marketing muscle and hardware specs will be important factors in deciding who walks away with the honors when the dust finally settles a few years from now, content will remain king and the companies vying for a slice of the VR pie will do well to realize that early in the game.