Skip to content
Advertisement
Trusted By Millions
Independent, Expert Android News You Can Trust, Since 2010
Publishing More Android Than Anyone Else
0
Today
39
This Week
304
This Month
5487
This Year
115492
All Time
Advertisement Smartphone processors have become extremely powerful in the last couple of years. The Snapdragon 810 and Exynos 7420 were quite probably the most powerful chips last year, though MediaTek’s Helio X10 was quite popular as well. We’re talking about flagship chips here, fo course. This year will be even more interesting actually. The Snapdragon 820 has been announced, and so has the Exynos 8890. There are still no devices powered by these two chips available out in the market, but there will be, soon. Now, the Kirin 950 has also been announced by Huawei, and it’s more than a compelling chip as well, and an interesting competition to Qualcomm and Snapdragon. That being said, MediaTek’s Helio X20 64-bit deca-core processor will also going to reach the market soon, and is one of the most anticipating processors of the year, read on.

MediaTek has introduced their new flagship processor a while back, but there are still no smartphones powered by this SoC. We’ve seen plenty of details when it comes to the Helio X20 already, but the SoC has now been benchmarked by AnTuTu it seems. Now, this SoC was tested on an unknown HTC-branded device which sports 3GB of RAM, and 21 & 13-megapixel cameras. The chip has managed to score 85.632 points in AnTuTu, which is actually similar to what Kirin 950 scored as well. Now, the Helio X20 did significantly better than the Kirin 950 in Geekbench‘s test which surfaced a while back, it scored 2,200 points, while the Kirin 950 was able to hit ‘only’ 1,870 points.

The Helio X10 was one of the most used processors in 2015, we’ve seen tons of devices being equipped with this chip, and the Helio X20 probably won’t be an exception this year. There are quite a few manufacturers lined up include this processor in their products. We don’t know when will the first Helio X20-powered smartphone hit the market, but we do expect that to happen in the coming weeks. The Mobile World Congress (MWC) is right around the corner, and we also expect some separate announcements before / after it, so chances are we’ll see Helio X20 in action really soon. 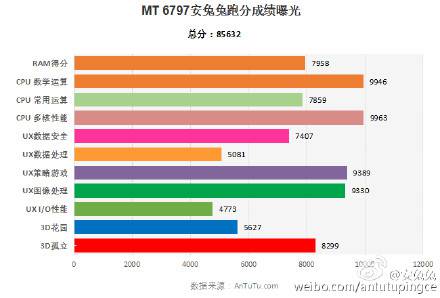