Flagship smartphones have kept their pricing more or less the same over time, smartphones in the mid-range have been getting better specs as well as better designs and build quality and budget phones have been getting cheaper and they now provide an acceptable overall experience. Still, there are some features that seem exclusive to higher price segments, one of them is 4G connectivity, as the devices would need an additional antenna to support it or it could be integrated into the processor, but usually, those are made for mid-range or high-end devices. MediaTek has been making some SoC solutions which usually cost less than the ones provided by other manufacturers, making the final product more much more affordable. Now, a document is showing that the company could introduce three new affordable processors with Cat. 6 LTE support quite soon.

Finally, there’s the MT6750T, which just as the name suggests, it’s built based on the specs of the MT6750, including the same octa-core configuration, support for 4 GB of RAM and the same camera sensors, as well as integrating the same Mali-T860 Mp2 GPU although the spec sheet doesn’t specify its speed. The difference is that it supports displays with resolutions up to 1920 x 1080 pixels. It is said that these processors could launch after the Chinese New Year, so we could see handsets using them by the summer and they could be priced around $50 or $60, which is certainly not bad for a smartphone with 4G LTE connectivity. 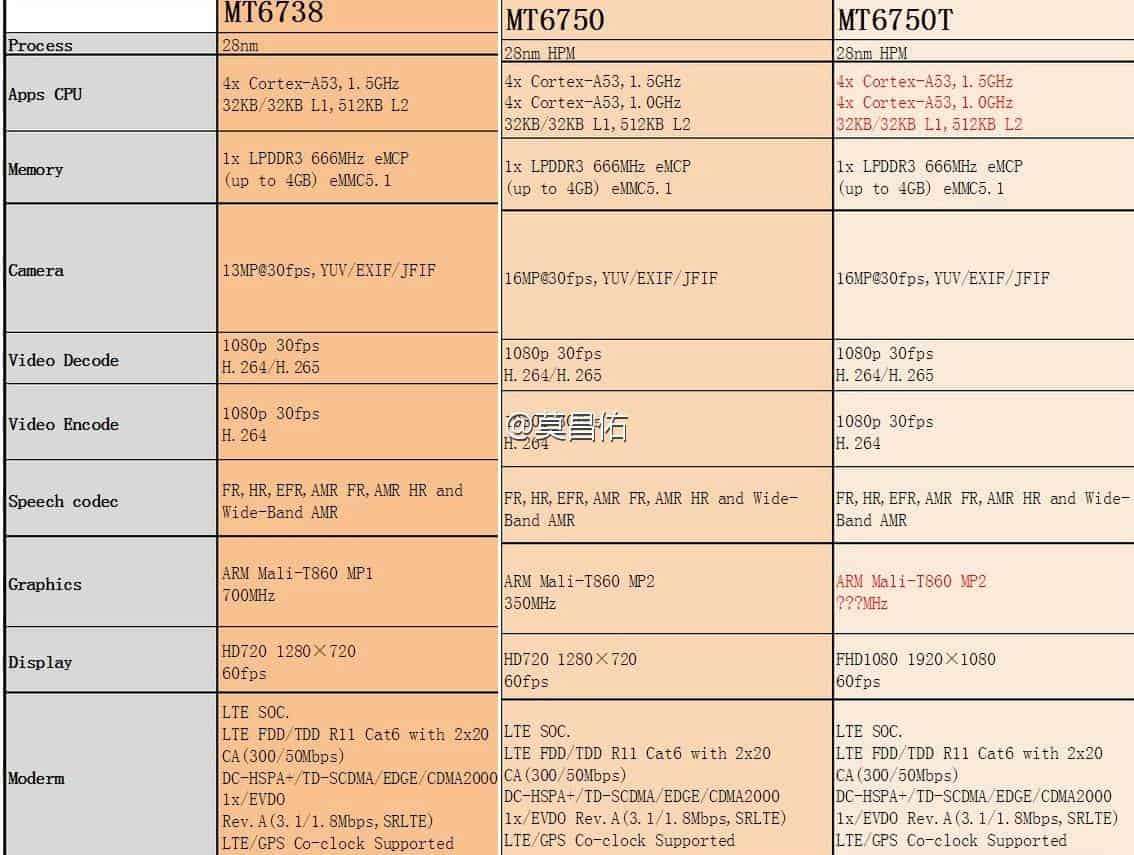