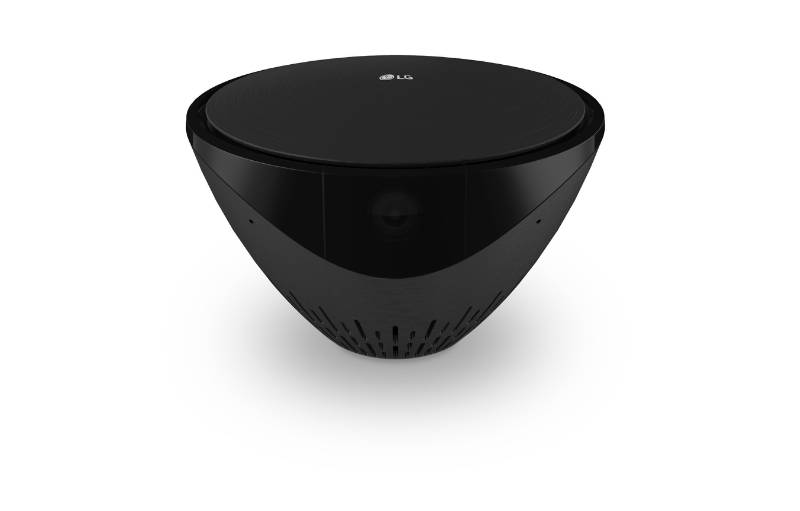 Earlier this week, LG held their CES 2016 Keynote address, and while they strangely didn't have much to say about their new K-Series of Android smartphones they had plenty of interesting news. For us mobile fans, a lot of the news about fancy twin-washers and uber-advanced fridge freezers wasn't all that interesting, but the Internet of Things – which is a running theme so far this year – was. After all, these smart devices and hubs help empower our smartphones to make it easier to control devices throughout the home. LG has introduced a pretty nifty and versatile hub that not only incorporates services from ADT, but plays nicely with existing standards, too.

The Smart Security Hub is a five-inch high black wedge shape that easily blends in with the majority of rooms and is simple to setup. First and foremost, the Smart Security Hub is designed to monitor your home, with its 5.0-megapixel camera capable of 1080p recording as well as an alarm that can hit 100-decibels. Said camera can provide 152-degree views without any barrel-distortion as well as offering digital zoom, too. Where ADT come in is with the ADT Canopy service, available for $19.99 a month. This brings an industry-leading response team into play, and should users wish to sign up to the service, they can be assured fast responses from law enforcement. This is a good addition, and makes such a device useful there and then, rather than after the fact.

The 'Hub' part of LG's new device comes in by doubling as a central station for IoT-related products. The device supports Wi-Fi, BLE, Z-wave and Zigbee standards. This is important because this allows the black wedge of a device to connect to anything that supports those standards and be controlled through LG's app. This would allow thermostats, door sensors, locks and more to go through one simple hub, which is actually a pretty attractive-looking piece of hardware. Hopefully LG will be able to tell us more when we catch up with them on the show floor and go hands-on with the Smart Security Hub and other devices.