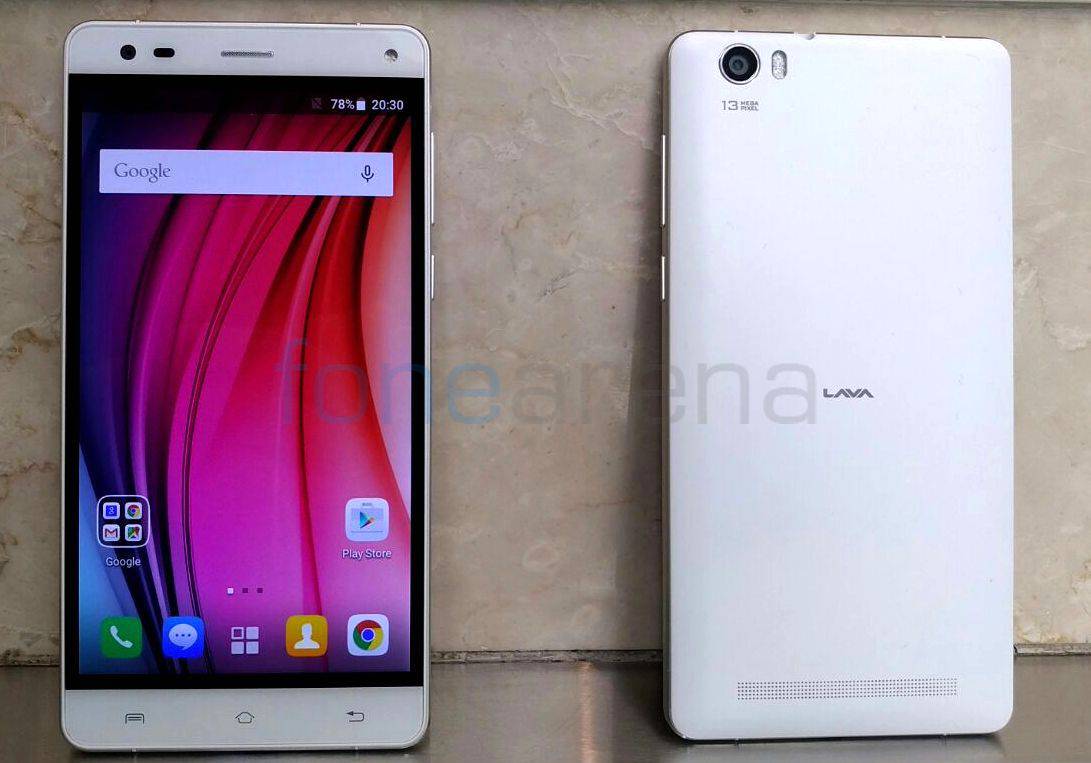 Lava is an India-based company which tends to release quite a few smartphones a year. This company usually releases low and mid-range handsets, and has also partnered up with Google on Android One project a while back. That being said, Lava has just introduced yet another handset, and like many other devices they've released in 2015, this is a mid-range offering, though it does offer a solid set of specs, read on.

The Lava V5 features a 5.5-inch 720p (1280 x 720) IPS display with Corning's Gorilla Glass 3 on top. The device is fueled by MediaTek's MT6735 64-bit quad-core processor running at 1.3GHz, along with a Mali-T720 GPU for graphics. The 13-megapixel shooter (f/2.0 aperture, PDAF, Samsung's 3M2 ISOCELL sensor) is placed on the back of the Lava V5, and an 8-megapixel snapper (84-degree wide-angle lens, f/2.2 aperture) can be found up front. The 3,000mAh battery is also a part of this package, and this is a dual-SIM handset. Android 5.1.1 Lollipop comes pre-installed here, but Lava did say that Android 6.0 Marshmallow is on the way as well. This smartphone does offer 4G LTE connectivity, and it packs in 3GB of RAM and 32GB of internal storage (expandable via a microSD card slot).

As far as the design goes, this phone did remind us of Xiaomi's Mi Note (Pro) to an extent, mainly because it resembles that handset as far as general design goes. If you take a look at the provided image, you'll get to see that Lava V5 features three capacitive buttons below the display, menu, home and back, respectively. The phone's loudspeaker is placed on the back of this device, and both its power / lock and volume rocker physical buttons are located on the phone's right-hand side. The dual-LED flash is also quite visible in the image, it is located next to the camera sensor on the back. The Lava V5 comes in White color only, at least for now, and it will be available through the company's online and offline channels in the country for Rs. 11,499 ($169). The phone will be available for purchase soon, stay tuned.