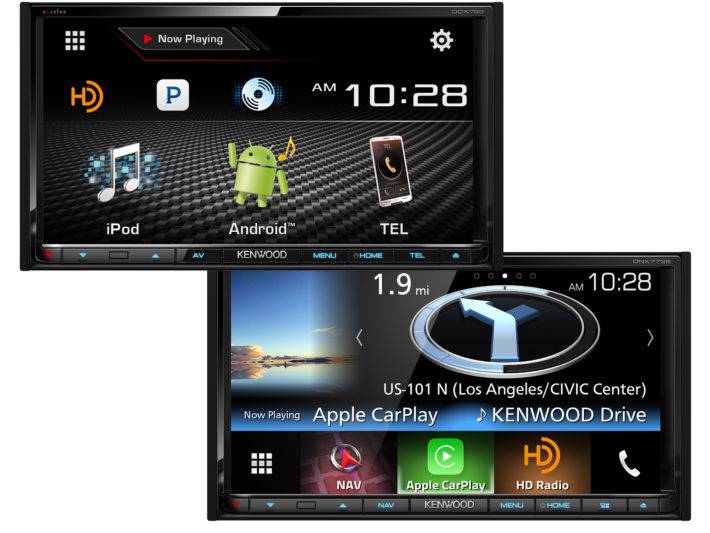 The four head units announced, that support Android Auto are part of the company’s standard line, or the Kenwood eXcelon group of products. In addition to adding new Android Auto compatible head units here, Kenwood has also added 192KHz, 24-bit FLAC and WAV support for embedded files. Meaning you’re going to get even better audio out of these head units than you’ve gotten in the past. Another addition is the ability to connect two Bluetooth devices to the head unit at the same time. The Android Auto models also include 1.5A charging capability. As most of you know, to use Android Auto, you do need to plug your phone in. While 1.5A is still somewhat slow, it’s faster than the 1A that most other head units charge your phone with in the car. These head units also have the ability to plug in two cameras – one for the front and one in the rear of the car – however they do not come with the head unit. Kenwood is also including a whole new interface this year, and you do still get HD radio with these head units.

Android Auto has been a very hot topic at CES this year. With Ford and Chrysler both announcing support for it in their upcoming models. As well as Pioneer and Kenwood announcing a slew of new head units that can be bought and installed into existing cars. Currently, there’s no word on when these head units will be available or what price they will be available for. As soon as we learn more, we’ll be sure to let you know.