Skip to content
Advertisement
Trusted By Millions
Independent, Expert Android News You Can Trust, Since 2010
Publishing More Android Than Anyone Else
43
Today
152
This Week
242
This Month
8376
This Year
125853
All Time
Advertisement 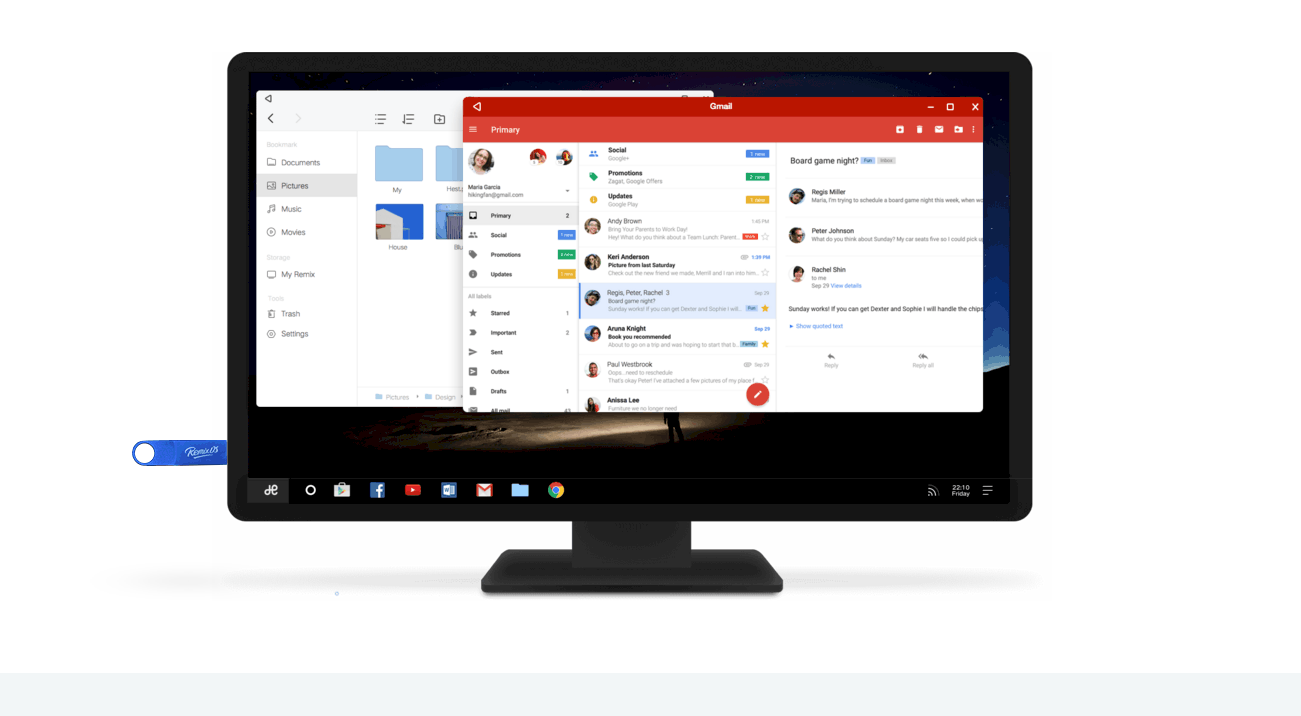 Jide’s Remix OS based on the Android platform was first showcased within the Remix Ultra Tablet they released last Summer, and later within the Remix Mini that gave users a device that looked, felt and functioned like Android in a PC environment. We reviewed the Remix Mini late last year and you can check that out here if you like for a glimpse at the Remix OS features. In addition to their two available devices, Jide announced last week during CES that they would be expanding their offerings from hardware to a downloadable version of Remix OS 2.0 for the PC in the near future, stating that on January 12th anyone who wished to have the experience of Jide’s software without having to buy another device would be able to install their OS on an existing PC instead.

Right on schedule Remix OS 2.0 is available for download and installation from Jide’s website. For those that have never experienced Remix OS before, there’s essentially nothing different about it from the Android you know and love on smartphones. It has all of the same things including Play Store access, but with the addition of a taskbar, a start button, and of course, a multi-window feature that allows you to keep open and interact with multiple apps at once without having to move between screens.

While Remix OS 2.0 for PC is available now, Jide points out that the version they have up is an alpha version, and that they have intended it for those who like to be on the bleeding edge of things as well as developers who could help to build for the platform. With that in mind anyone attempting to download and use it should be aware that there may be a few bugs. The point of having this early of a version is to gather help from the community of developers and users to help optimize the software for use on PC. If you find yourself in that category, the download can be found on Jide’s website and weighs in at about 692MB. Remix OS 2.0 is based on Android Lollipop 5.1 so quite a few things should feel familiar within it. A full set of instructions for download and installation as well as system requirements can be found at the download page.