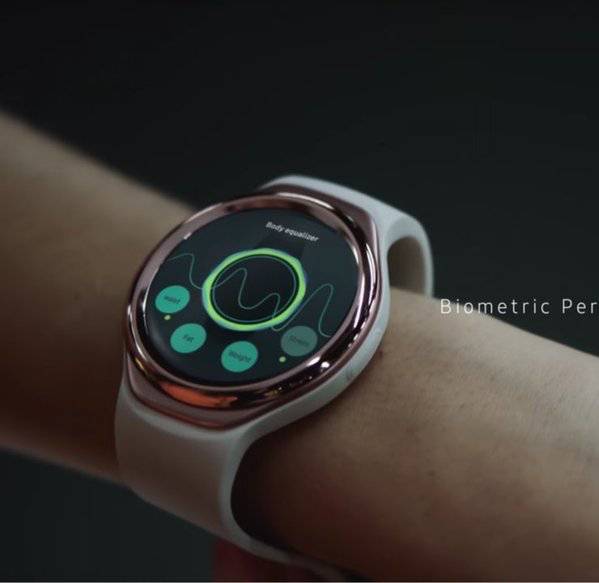 Samsung has been involved in the wearable technology market for a long time now, announcing their first smartwatch, the original Galaxy Gear back in 2013. Since then, the Gear line has grown to include a VR headset, standalone smartwatches and more. The recently launched Gear S2 was a renovation for their wearable line of devices, and it's been praised by critics and users alike. One thing that Samsung hasn't introduced for some time now, is a dedicated fitness tracker. The last offering like this was the Gear Fit, released back in 2014, but rumors of a new product have been swirling, and now it's leaked out in images for us to take a look at.

Known only as the SM-R150 right now, it appears the tracker will feature a fully-circular display just like the Gear S2, as well as a similar design to the Gear S2 Sport model. From the leaked images, it appears as though a launch isn't too far away, with Mobile World Congress just around the corner an announcement could be closer than we thought. The pictures include a number of shots of the SM-R150 on someone's wrist, as well as strapped to someone's chest. What that would be for is unclear, but it could be for more precise heart-rate monitoring or even tracking someone's respiratory systems while working out. Rumor has it that this could be the first consumer product to sport Samsung's own Bio-Processor, a System-on-Chip similar to a Snapdragon specifically designed and tuned to be used in devices like a fitness tracker. This processor would be loaded with sensors and tailored to get the most out of a small battery.

Samsung have all the right parts to produce a compelling fitness tracker, with their own processors as well as OLED displays they can produce a long-lasting wearable. Not to mention all the research that has gone into previous products such as the Gear Fit and the S Health suite of apps. Sporting a similar look and feel to the Gear S2, this could help Samsung maintain a brand presence across the board, and help draw in more users that want some of the fitness features of the Gear S2, but not all of the smartwatch features.