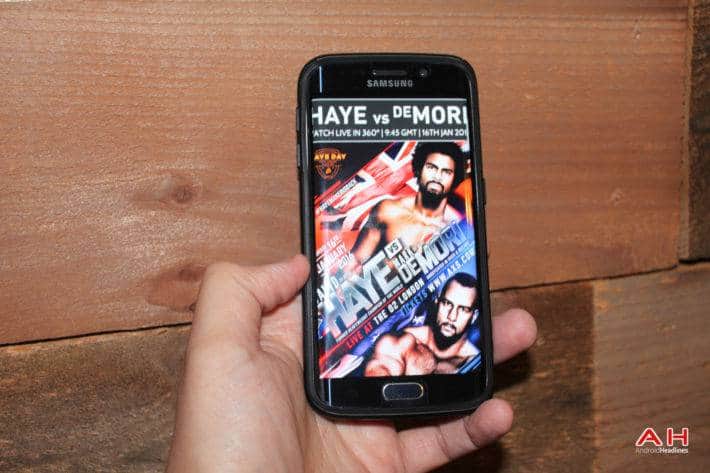 When you think of boxing the last thing that crosses your mind is probably virtual reality (VR). Even though virtual reality is entering 2016 with a huge bang, boxing fans may be less likely to be thinking of virtual reality as they are watching their favorite boxing heroes punch it out in the ring. To those who really wanted to see both boxing and virtual reality join together as one, then today is your lucky day. As of today IM360, the leader in immersive and interactive content has released information that along with former heavyweight champion David Haye, have entered into an agreement that they will soon launch the first-ever live boxing match in a full 360-degree view in VR. This being the first ever live event for a boxing match in a virtual reality space, there is quite a lot of pressure for IM360 to pull this off without any hiccups. Last year the NBA made history with Tuner Sports and NextVR as they streamed live the 2015-2016 season game, opening night of the NBA Champions Golden State Warriors who went head to head with the New Orleans Pelicans.

IM360 and David Haye along with partnering company Salter Brothers Entertainment will broadcast the live event between David Haye also known as the "Hayemaker" and his opponent Mark "The Dominator" di Mori at the O2 Arena in London on Saturday, January 16th at 9:00 pm GMT. Virtual reality has continued to push the boundaries of technology and how we actually interact with it. Instead of simply holding a phone in your hand to watch the boxing match, VR now takes it a whole step further. Like something straight out of a Sci-Fi film, VR allows you to fully immerse yourself into the scene where you're able to see and hear everything around you.

IM360 is the company who is personally behind the technology of Google's Street View and who supplied the cameras and drivers for them. In addition to the above announcement, their partnership with Salter Brothers Entertainment will see the release of a custom-built VR app, "Hayemaker 360", where the boxing match will be available to watch on Android smartphones and tablets globally, excluding France. The match will also be available via the Hayemaker 360 website. IM360 will also include other rich content made for fans who can get a sneak peek into the daily life of the two-time former British professional, world champion boxer. With more and more VR products becoming commercialized for the average consumer we are starting to see companies add fantastic content for everyone who is a fan of the entertainment platform. With IM360 being one of those companies, no matter what the content is and even if you're not a boxing fan, it's still going to be something spectacular to watch.