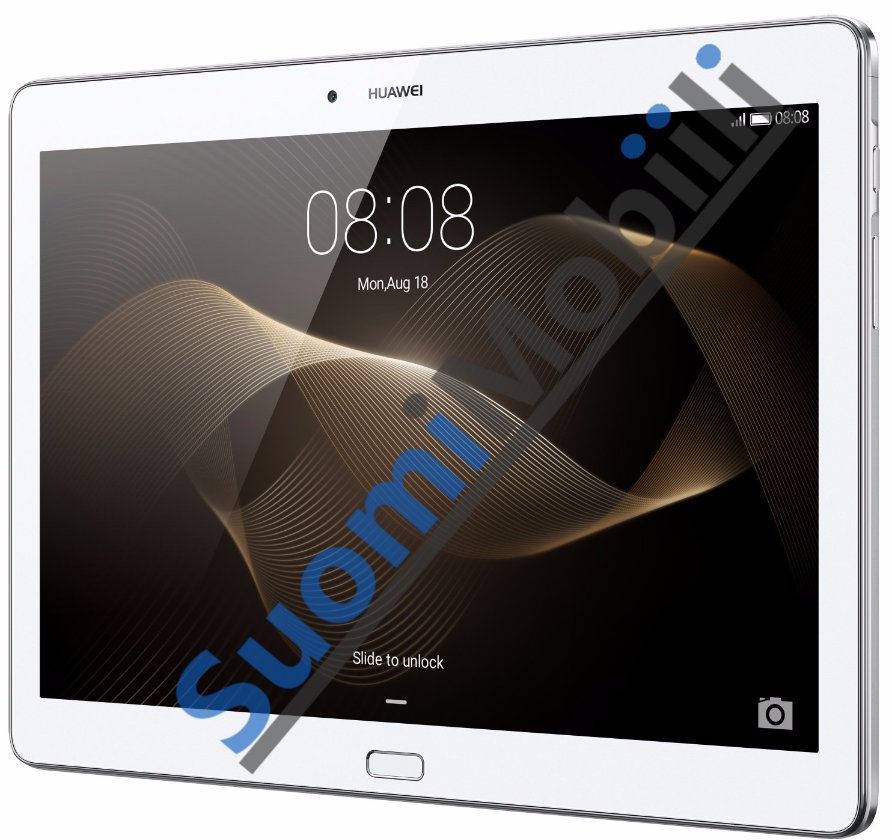 Huawei has been one of the most successful smartphone manufacturers in 2015. This China-based company has managed to step up their game and becomes the third largest smartphone manufacturer in the world. Huawei has introduced a number of interesting devices last year, and the most notable ones are quite probably the company's Mate 8 flagship phablet and the Android Wear-powered Huawei Watch. Those two devices are only a piece of Huawei's puzzle, and it seems like the company plans to continue rising in 2016 as well.

Huawei is, like many other smartphone OEMs, ready to show new products at CES in Las Vegas which is currently ongoing. Some rumors have said that Huawei might launch their P9 flagship lineup during CES, but that's not as likely, we might see a new Huawei-branded tablet unveiled during the tradeshow though. The company's teaser which surfaced yesterday suggested that we might see the Honor X3 tablet announced later today, and now new renders leaked showing Huawei's alleged MediaPad M2 10.1 which seems to be ready to launch later today.

Huawei has introduced the MediaPad M2 (8.0) in June last year, and judging by these images and the source, the MediaPad M2 10.1 announcement will occur later today. This tablet looks significantly different than the MediaPad M2 8.0, and it sports a physical home button it seems, which is kind of odd. Either way, this tablet is expected to feature a 10.1-inch 1920 x 1200 IPS display, 2GB of LPDDR3 RAM and 32/64GB of internal storage (expandable up to 128GB via a microSD card). The device will be powered by the Kirin 930 64-bit octa-core SoC along with a Mali-T628 MP4 GPU for graphics. The 8-megapixel shooter will be located on the back of this tablet, and a 2-megapixel snapper will be available up front. The device will offer 4G LTE connectivity, but we still don't know if Huawei intends to launch separate Wi-Fi only model. Android 5.1 Lollipop is said to come pre-installed here with Huawei's Emotion UI 3.1 skin on top of it.

The 32GB model of this tablet is said to cost $377, while the 64GB variant will set you back $485. Now, Huawei is holding their CES press conference later today, so stay tuned for further info, we'll report back soon.