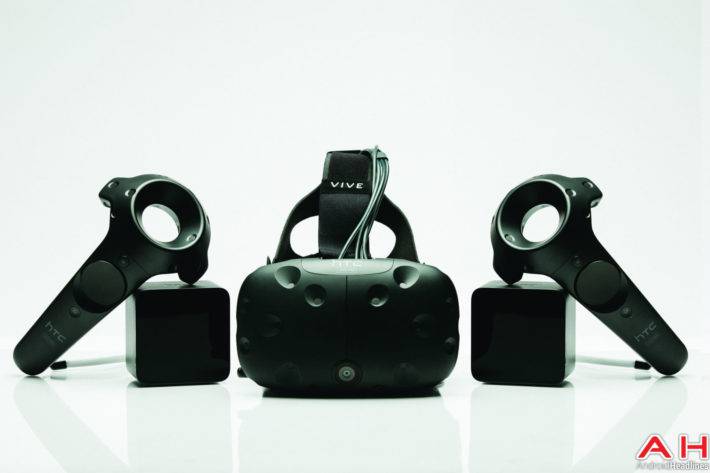 One of the big talking points of 2015 was virtual reality, with the year bringing with it a number of new VR options. One of those which was announced quite early in the year was an option from HTC, the HTC Vive. A more immersive take on virtual reality which seemed to be highly geared towards gamers due to its collaboration with Valve. However, the HTC Vive has taken its time in arriving with more reports coming through later in the year detailing various delays. A few weeks ago though, HTC's Cher Wang announced that there were some big changes on the horizon for Vive, changes which were due to be announced at CES.

Those changes have now come to light and today at CES, HTC has confirmed the next step in the evolution of Vive as the HTC Vive Pre. This is the second generation developer edition of Vive and one which comes with a number of changes to the hardware. One of the biggest changes to note, is the use of a new front facing camera which HTC state is designed to "blend' elements of the real world with that in virtual reality. According to HTC, "Being able to take a seat, find your drink, and carry on conversations without removing your headset is only the beginning of what's possible". In addition to the new camera, the rest of the design of the hardware has also seen a number of changes including a more compact build and a new strap which are both designed to offer greater stability and comfort when worn. Replaceable foam inserts and nose gaskets have also been included to offer a greater level of user customization and allowing for Vive Pre to be adjusted to a larger number of facial shapes. Likewise, the controllers have also been updated and now include rechargeable batteries which are said to offer up to 4 hours in between charges. To aid comfort, the controllers also now include softer edges, better balance and updated buttons and grip pads.

For those eager to get their hands on the Vive Pre, HTC has not provided detailed information on the launch date or pricing. However, they have confirmed that the scheduled launch is still set for April 2016 and in the meantime they will be making available a further 7,000 units to developers.