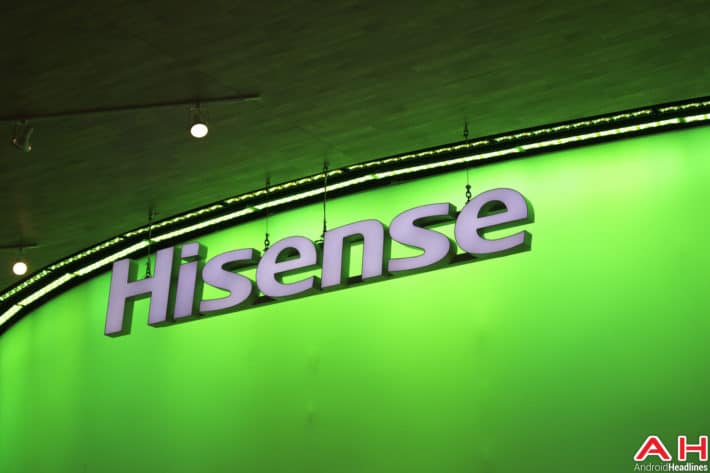 Many people won't realize that tablets today running Android and iOS software is technology that was developed over 100 years ago and actually stem from a greater and deeper root than they probably imagined. Back in 1915, the first patent ever for a system computer like this was first seen. It was able to recognize handwritten characters by analyzing the handwriting motion from the writer. Granted it was nothing like today's tablets you see commercialized across the world but it was still amazing nonetheless. Today we can only be as lucky to see this technology adopted into everyday life. One of these tablet pleasures is the HiSense Vidaa Mirror.

While at first named 'Magic Mirror' the HiSense Vidaa Mirror tablet was announced back in August and was originally announced that it would feature a 7-inch IPS display with a pixel density of 431 ppi (pixel per inch). However, it was changed and now features an 8.4-inch QHD 2560 x 1600 display bringing it down to 360 ppi. With a larger display, the resulting pixel density is lessened, however, it is hardly noticed. HiSense was already well-known for shelling out world renowned tablets. It ships with Android 5.0 Lollipop with its own lightly tweaked version of OS. The tablet features a RockChip RK3288 processor. Its 1.8 GHz (Gigahertz) quad-core processor with 2GB of RAM (Random Access Memory) is sure to give you a great multitasking experience. Coming with 16GB (Gigabytes) of internal storage and a 4580 mAh battery, this tablet is not too unlike many other tablets out there. The real draw is the extremely sleek and thin bezel.

While it's not completely bezel-free it's still worth mentioning that this is one of the fewest, if not only tablets with its screen-to-bezel ratio closer to zero, still leaving it with a better bezel ratio than most out there. The screen is surrounded by an ultra-thin bezel around both sides of the tablet including the top side as well. The bottom of the tablet has a slightly larger bezel featuring a standard capacitive home button but even with it the bezel is still quite slim. The thickest part of the tablet would be directly in the middle of the tablet measuring about 0.3 inches thick. Unfortunately, HiSense is only selling this tablet in China right now and reportingly there are no plans to bring it to the United States anytime soon. Regardless, the Vidaa Mirror still comes out to be one slick device. In other words, if you want to find a nice, thin, futuristic looking tablet, then the HiSense Vidaa Mirror is most definitely for you.