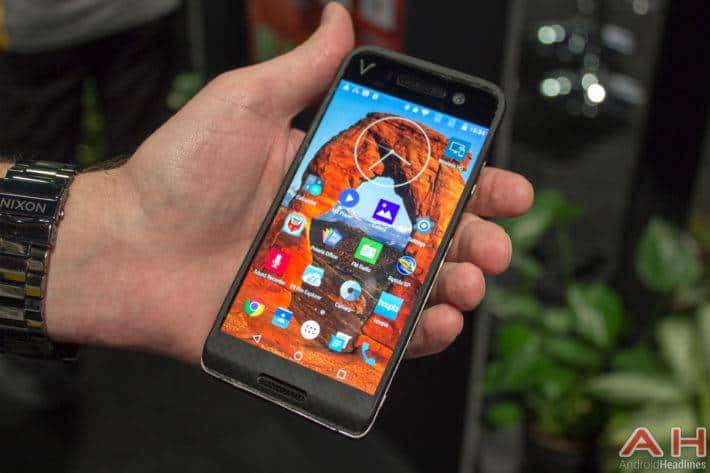 At CES 2015, Saygus announced the Saygus V2 (pronounced "V-Squared). It's a smartphone that really checks all of the boxes, at least on the spec front (when it was announced in January 2015). Here we have a smartphone with a 5-inch full HD display, powered by the Qualcomm Snapdragon 801 chipset, 3GB of RAM, along with a 21MP camera around back, 13MP on the front, it also sports 64GB of internal storage. And as if that wasn't enough there are also two microSD card slots that can both handle 128GB of storage a piece. Giving you 320GB of storage here on this smartphone. We also have a fingerprint sensor and a 3100mAh battery. To cap it all off, there is also certification for IP7X water proofing. So it can be submerged in water up to a meter deep for 30 minutes.

Saygus is back at CES this year showing off their Saygus V2 smartphone on the show floor. The smartphone still isn't shipping, but should be pretty soon. The asking price is still $549, which is a pretty low price when you think about everything this smartphone can do. And when you compare it to the likes of Samsung's Galaxy Note 5 and Galaxy S6 Edge+.