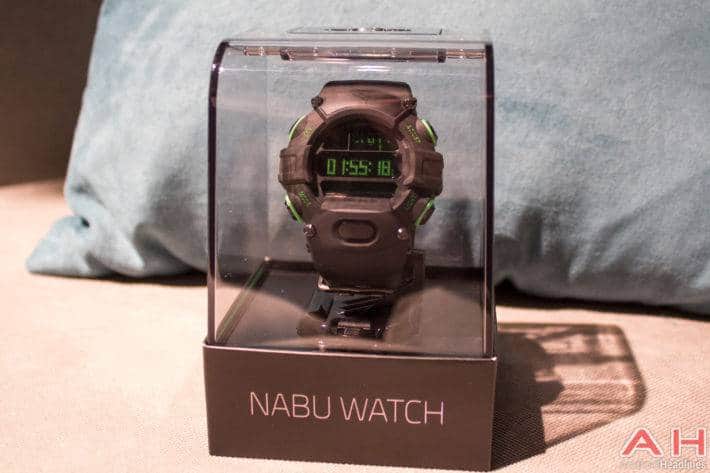 Last year Razer officially launched the Nabu and Nabu X fitness trackers, and this year during CES they unveiled the Nabu Watch, a wearable from the company that normally produces gaming peripherals for PC gaming and consoles. While the Nabu Watch does look like a smartwatch, in true fashion it's more of a fitness tracker with a couple of extra capabilities that we haven't seen from the likes of the standard Nabu tracker. It's more akin to something like the Fitbit Surge.

The Nabu Watch comes in two variations, the Standard Edition and the Forged Edition, both of which look almost identical save for a slight difference in some of the color. The design looks almost like a Casio G-Shock watch and those familiar with the G-Shock will immediately see the resemblance. The watch features a small OLED display along with physical buttons for bringing up the light, setting a timer and adjusting different settings and modes. The watch also has a secondary screen which is used to display your notifications for incoming emails, texts, and other alerts, and also for displaying things like steps, calories burned and things of that nature. The watch will also track your active minutes, and hours slept, and when it comes to design the watch is mostly the same on both versions, but the Forged Edition will come with more metal as part of the watch casing, and will come in all black as opposed to having the green accents. Check out the gallery of images below for a closer look at the Razer Nabu Watch.