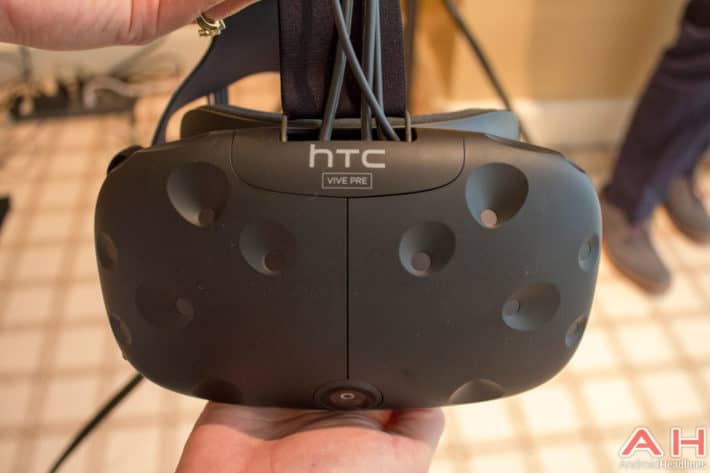 This morning HTC announced the new and improved HTC Vive Pre. It features an improved design as well as an improved camera. The Vive Pre is still a partnership between HTC and Valve, and it should be available for the public to buy this year, with the current launch date set for April 2016, and about 7,000 units being set aside for developers. Because you'll need some content to use on Vive to really experience everything it has to offer. The new controllers on the Vive Pre also have been improved and now feature rechargeable batteries, which are said to give you about four hours of use in between each charge. The controllers also have a softer grip, which will aid in the comfort of the controller in your hand while using Vive Pre.

We sat down and were able to take the new HTC Vive Pre for a spin at CES. HTC showed us Everest in the Vive Pre – in the video you can see what we saw in the demo. It's a pretty unique experience. If you're going to CES this week in Las Vegas, you'll definitely want to head on over to HTC's booth and give the new Vive Pre a try. It's definitely worth it.