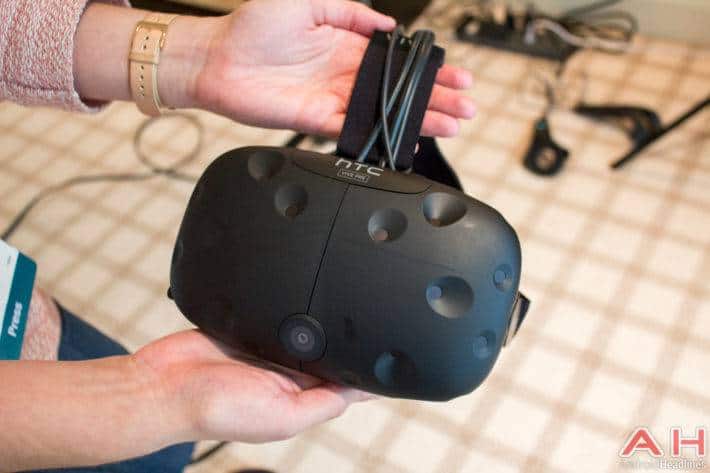 HTC announced their second-generation virtual reality headset this morning, in the Vive Pre. Currently, the scheduled release is set for April 2016, and in the meantime they will be making 7,000 available for developers to get started developing for the new headset. No word on the price just yet, however there are quite a few changes here with the Vive Pre. The biggest one being the improved design and improved camera. Additionally, the controllers have also been greatly improved. The controllers now have rechargeable batteries, and HTC quotes that the batteries can last for about four hours before needing to be recharged. Also, the controllers have a softer grip now, making it easier for users to be comfortable while using the Vive. Something that wasn't as comfortable in the first generation of the Vive.

We've already had the chance to check out the new version of the Vive, and the HTC team took us through the Everest demonstration, where we are basically climbing Mount Everest, and you can see that video here. Below, you'll find a handful of pictures of the headset, and it looks pretty nice. Definitely a much higher-end product than the other virtual reality viewers that are out there now.