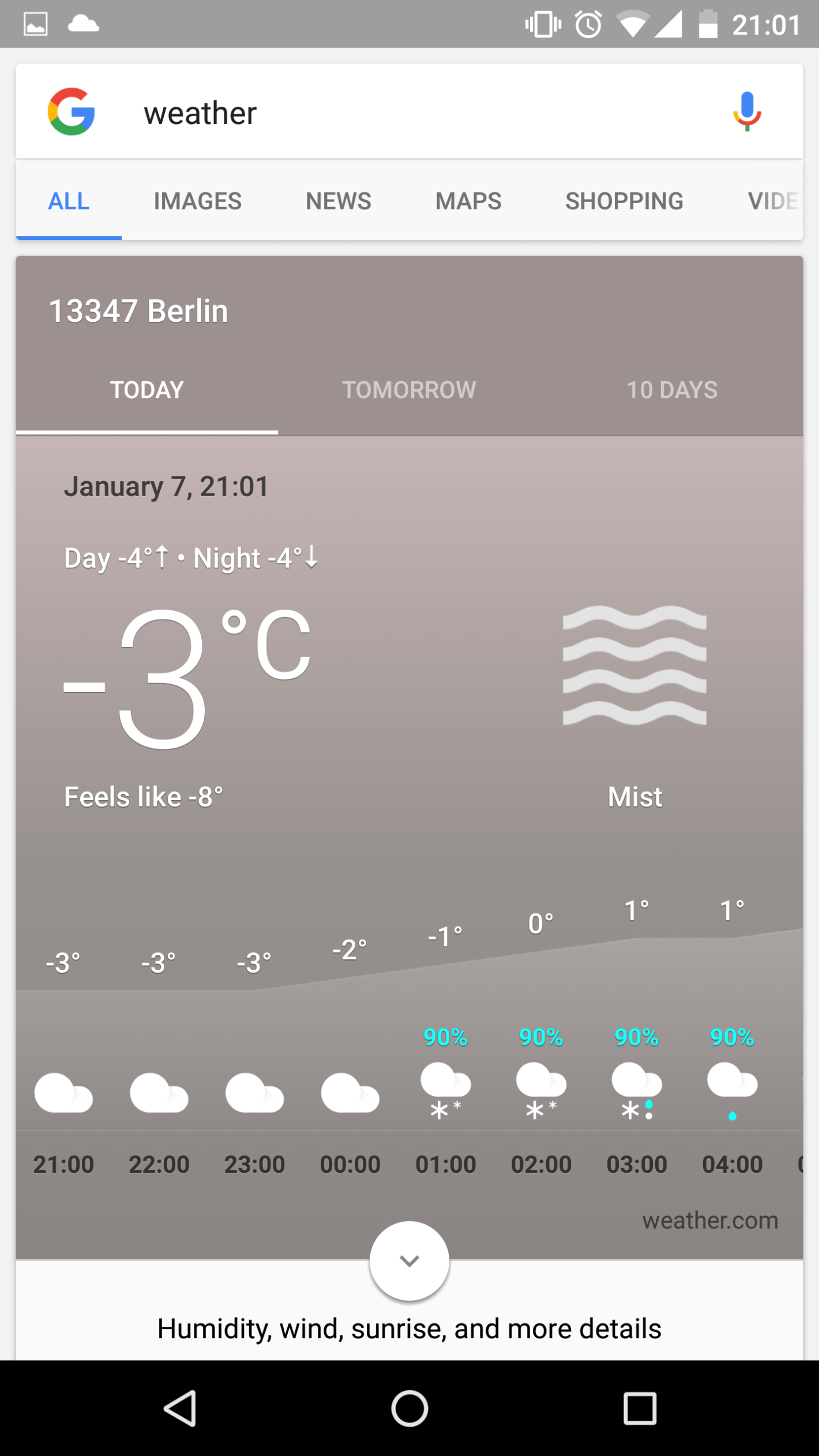 Over the years, Android has grown new features and additions to its overall laundry list of capabilities. These have included new themes in Android 4.0 with Holo and more recently the colorful and playful Material Design in Android 5.0. Perhaps one of the most memorable additions to Android was Google Now, which originally launched as part of Android 4.1 Jelly Bean. Since then, Google Now has practically become the only way a lot of users ever see Google on their mobile devices, Android or otherwise. Now has become more powerful recently with Now on Tap in Android 6.0 Marshmallow, but it looks like one of the most-used and most mundane parts of Google Now is getting an update soon; weather.

Ask anyone that has some familiarity with Android and Google Now what they use the Google App for most and they'll probably say for checking the weather and running simple searches. The Weather cards in Google Now have been much of a muchness since it launched a few years ago, but if these screenshots shared by Google+ user, Peter Isemann, are anything to go by they're getting a facelift. In the new screenshots, Google seem to have added much more detail and made them look a lot more playful. Whereas before the cards would like almost like a piece of a website inside of an app, these look good enough to be an app in their own right. There's much more info here as well, like hourly-updates for the weather and more. Air Quality joins the list of weather attributes Google can now offer you, and there's a fun little Frog character that seems to be jazzing up the new Today screen as well.

There's no telling just when these new cards will hit everyone, or if this will be changing in a new update to the Google App itself. The fact that a handful of users have been seeing the change does suggest that it's about ready to roll out to everyone sometime soon. Those interested can take a look at the images below, and if we see a new update to the Google App we'll be sure to share it with you as well.