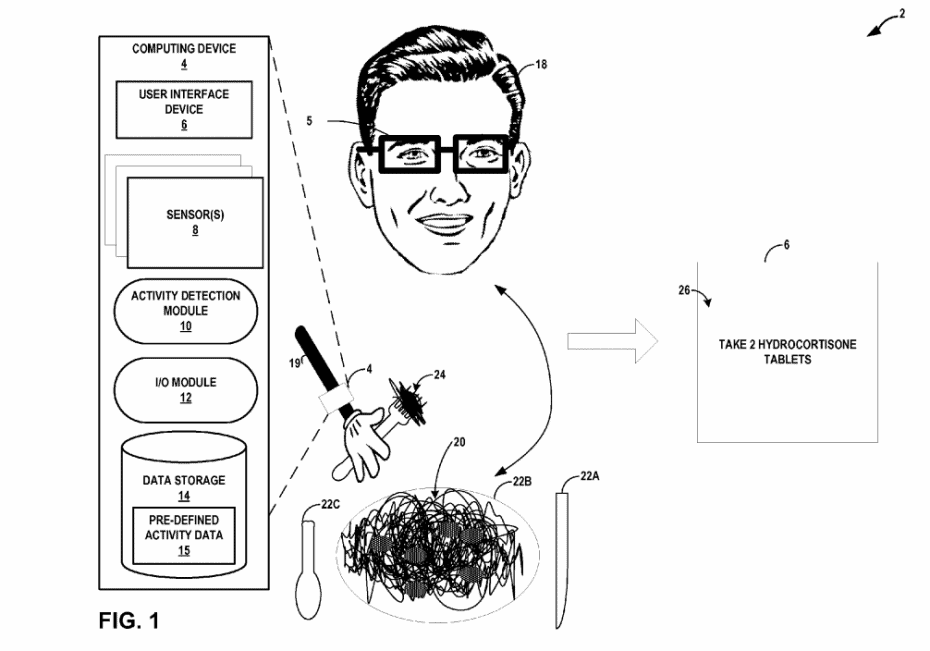 Last week CES 2016 swept its way through Las Vegas and bought with it all sorts of announcements. It appeared as though the biggest themes of this year's show were wearables and virtual reality. The Oculus Rift is finally up for pre-order and Huawei had some interesting new Watch models to show off. Google never heads to CES, but in a roundabout way they did announce something, albeit quietly via an awarded patent. Last Thursday, a patent was awarded to two Google engineers from Israel by the US Patent and Trademark Office. In keeping with last week's theme of wearable tech, it's a patent for a wearable device to tell people when to take their medication with food.

This new wearable from Google is not about tracking your steps or your heart rate, but rather when it's right for you to get medication that you need to take with food. The patent goes on to describe a wrist-mounted "computing device" that has "one or more sensors" working with other data to determine when to take those tablets with your meal. The idea is that the wearable, along with other factors such as the time and where the GPS in your phone says you are, tells you when to take medication with a meal. It's a good idea and one that would be helpful for those with memory issues or perhaps even Alzheimer's. We're sure Google has something a little more marketable in mind however, but it's nice to see the company think of something that could be genuinely useful day-to-day.

Having a patent for something and producing an end product are two different things, but having the patent makes bringing a product to market much easier. There's also a chance that this technology could make its way into other wearables, perhaps even Android Wear devices and fitness trackers. Only time will tell what Google intend to do with such a patent, but it's interesting to see that the Internet giant is thinking of quality applications of all the data they've collected and have at their disposal.