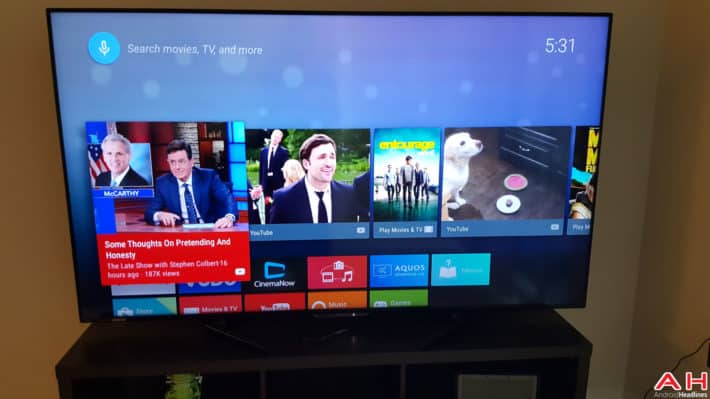 Back at Google I/O 2014, the search giant announced a few new products with the sneak peak at Android L. That was Android Wear, Android Auto and Android TV. This was meant to be Google’s second attempt at the living room, through a set-top box (third attempt if you include Chromecast). Android TV has arguably done much better than Google TV did, even though there aren’t a whole lot of options right now for Android TV. There’s the NVIDIA SHIELD TV (our recommendation), then there’s the Razer Forge TV and the Nexus Player (good luck finding one) that are set-top boxes running Android TV. For TV’s with Android TV built in, we have Sony, Sharp and Philips. However that’s about to change.

In a blog post today, Google announced a slew of new partners for Android TV, and their models will be available later this year. This includes Arcelik, Vestel, RCA, Hisense, TCL and Bang & Olufsen. For those in Indonesia, Google has also announced that Linknet already has an Android TV model available. That’s quite the addition for choices for Android TV. It’s great to see the platform become more adopted, and hopefully more main stream in the next few years.

Now on the Google Cast side of things, Google is announcing that it’s coming to a slew of speakers, sound bars and A/V receivers as well. Google Cast works just like Chromecast, and is embedded directly into the speaker. So no need for Chromecast Audio. Some of their partners for 2016 include B&O Play, Harman Kardon, Onkyo, Philips, Pioneer and Raumfeld. Now, Sony and LG had already put out some Google Cast speakers, and Sony refreshed their line of speakers last night at CES 2016, each and every one of Sony’s new speakers have Google Cast (as well as Spotify Connect).

Lots of new choices coming for Android TV as well as Google Cast, both are great technologies to be using in the living room. Google Cast recently got multi-room support, so you can control multiple speakers in your home all at once. Making it nice and simple to play music through the entire house.