With the release of the Nexus 6P and Nexus 5X, Google included fingerprint sensors as well as a fingerprint API for apps to use them for authentication. Google is calling the fingerprint sensor, Nexus Imprint. Now since the two devices were launched late last year, we’ve seen some apps get updated with support. Here are ten of the best that support Nexus Imprint right now. 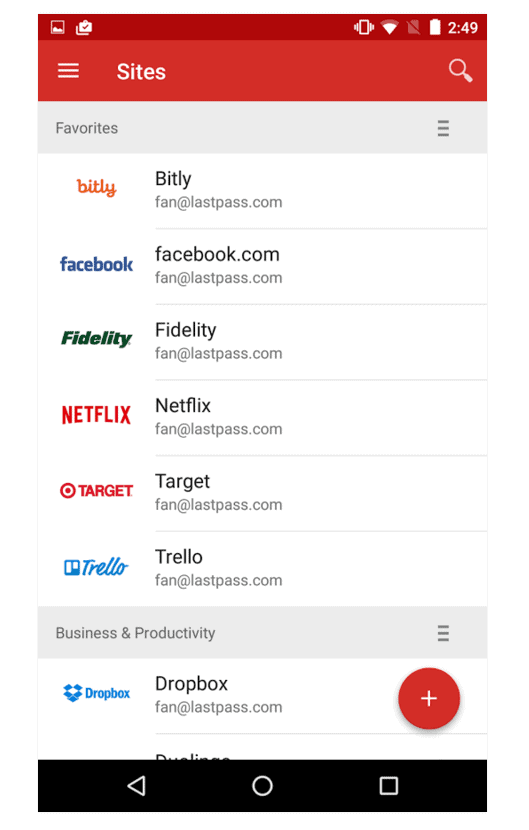 This app I use everyday, actually. It supports both Nexus Imprint and Samsung’s fingerprint reader API. LastPass is a great password manager for managing all of your passwords. And it allows you to sign in to the app using your fingerprint. Pretty simple, but it’s a pretty big deal for convenience. 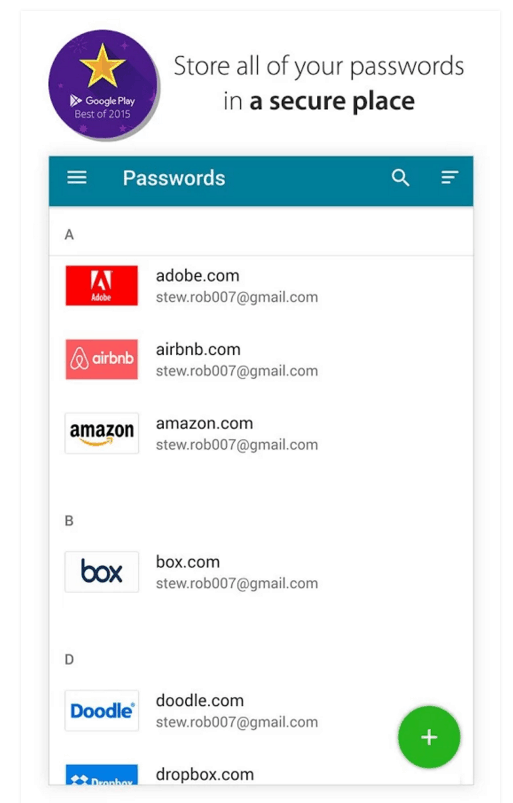 Here’s another great password manager that also supports Nexus Imprint. And the way it is implemented is pretty similar to LastPass. Allowing you to login to the app using your fingerprint, so you are able to fill the login fields in apps and the browser with the appropriate login information. 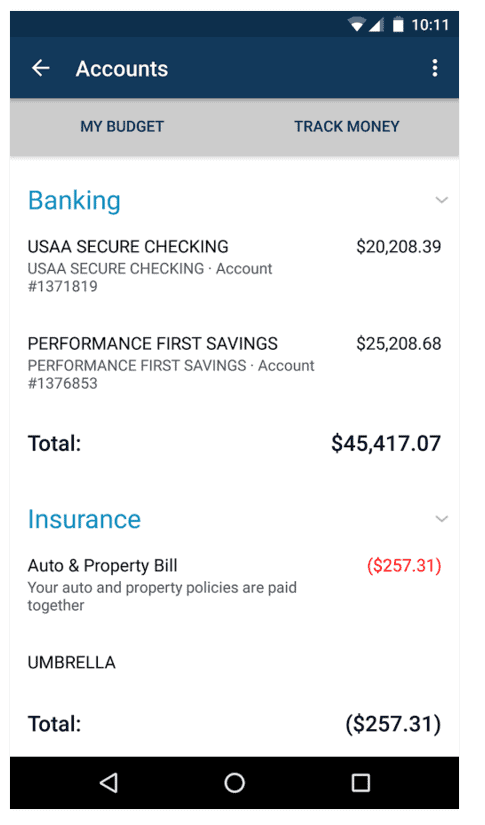 One of the few banking apps that has actually adopted Nexus Imprint. Making it easier than ever to check your USAA account from your smartphone using their app (their’s is also one of the better designed among banking apps). You’ll have to login first with your username and password. After that you can enable using your fingerprint. 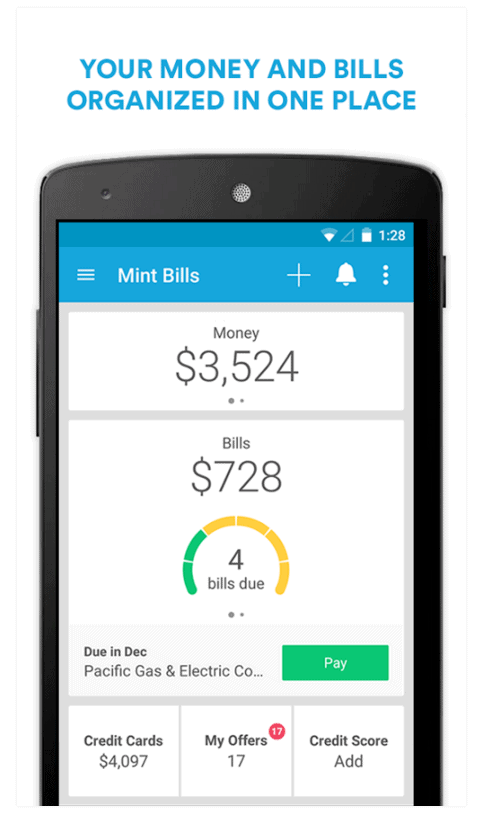 This app is actually really helpful. Mint Bills allows you to budget the money you’re spending each month. It can also send you notifications when you have a bill coming up, as well as when you’re close to your limit on your credit card. Of course you’ll need to add your accounts to Mint. And now, you can login to Mint with your fingerprint instead of remembering your password. 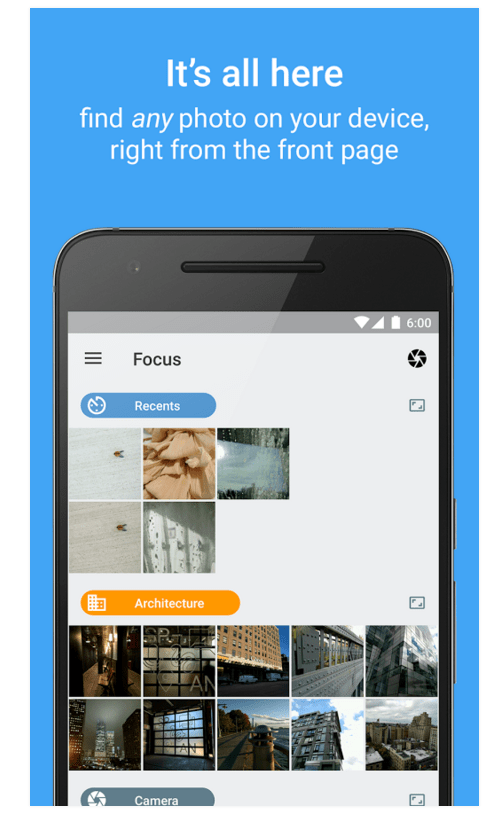 Now this is a gallery app from Francisco Franco (you may know him from Franco Kernel). It’s a great looking gallery that does have support for Muzei, but also allows you to lock the gallery to one picture. Useful for when you’re showing someone a picture, and don’t want them to see others. Now you can use your fingerprint to unlock the gallery as well. Instead of typing in a password each time. 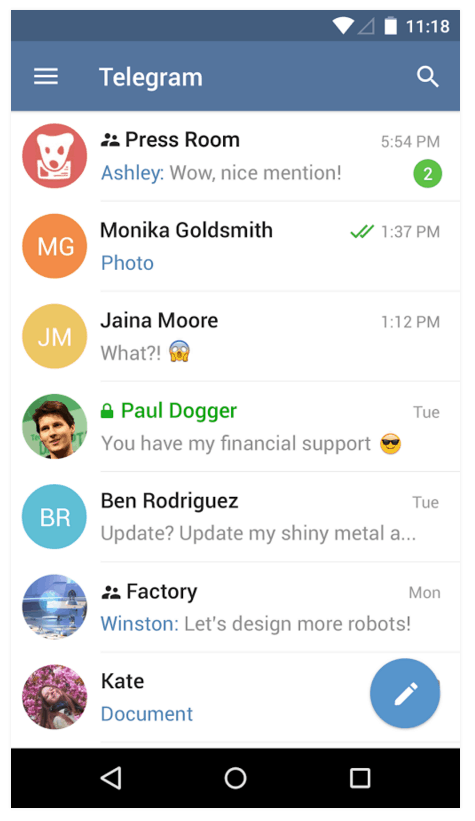 A pretty popular messaging app, Telegram has also added fingerprint support with Nexus Imprint. This way you can lock your messages from prying eyes who are a bit too nosey. And instead of remembering the password, it’s just your finger. Telegram is a great messaging app that works on smartphones, desktops and tablets. 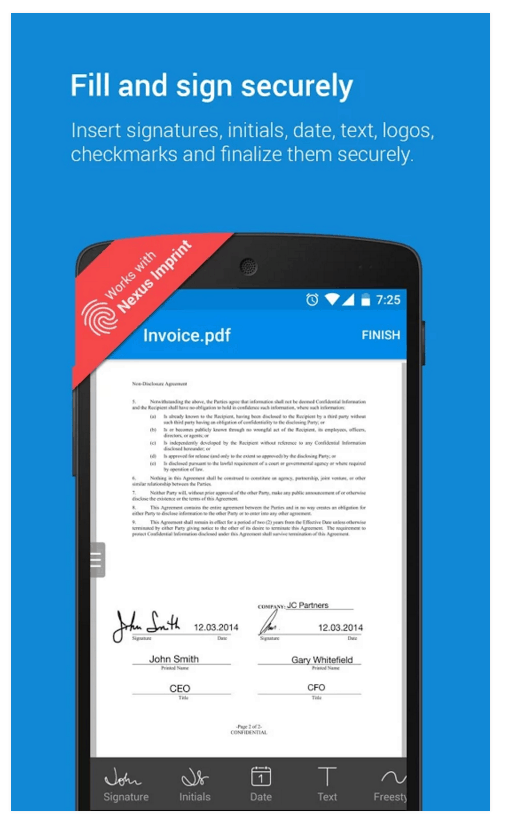 SignEasy, which is an app that is used to sign documents and PDF’s on your smartphone, has also added Nexus Imprint support recently. Which makes your account a bit more secure than just having a password. SignEasy was one of the first to implement Android M features, and it’s great for signing documents on the go. 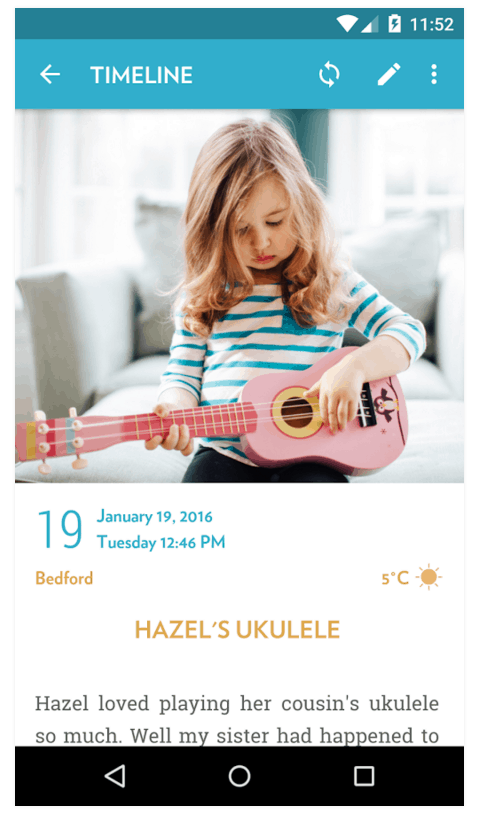 Ever wanted to jot down some thoughts in a journal? Then Journey is a great app to pick up. It does offer the ability to lock the app so that others using your phone can’t see what you’ve written, and now that it supports Nexus Imprint, you can do just that, and even easier. It’s a great looking app for jotting down some thoughts quickly. 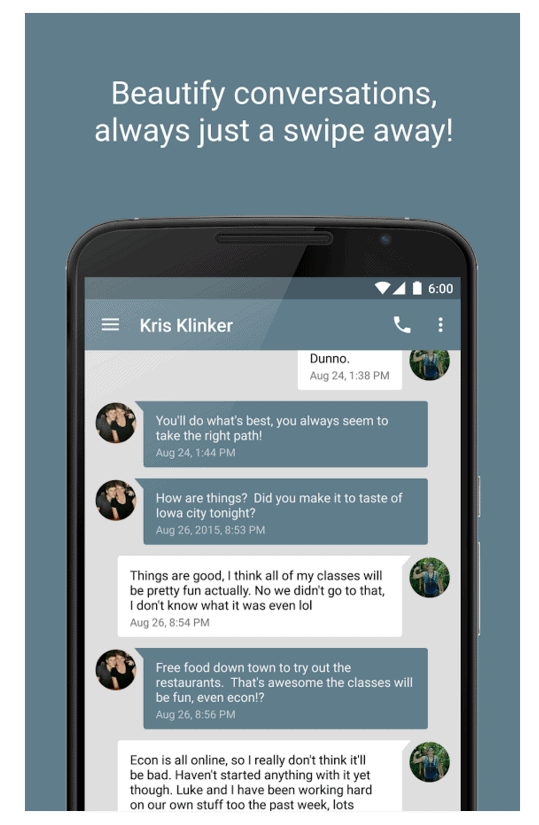 Perhaps one of the best looking messaging apps around is EvolveSMS. It can replace your default SMS messaging app on your smartphone, and can also be locked. Now with Nexus Imprint, it can be locked using a password or simply your fingerprint. Which is much more convenient and not to mention more secure. 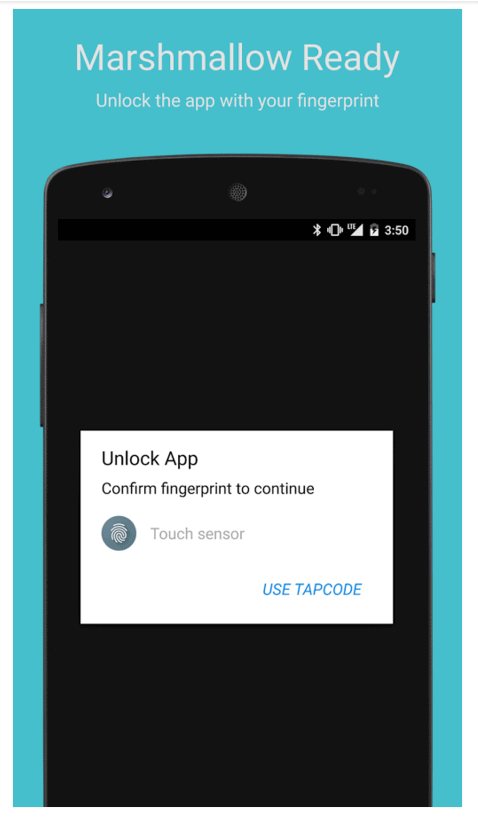 Coin is a finance app and card that can combine all of your debit cards, credit cards and gift cards all into just one card. Making it easier to pay for things at any store that supports Coin. With Coin 2.0 you can use your debit card, credit card and gift card all in one purchase. Without swiping multiple cards. Making it a pretty important app to be secure, and with Nexus Imprint support it’s easy to keep Coin safe and still convenient.