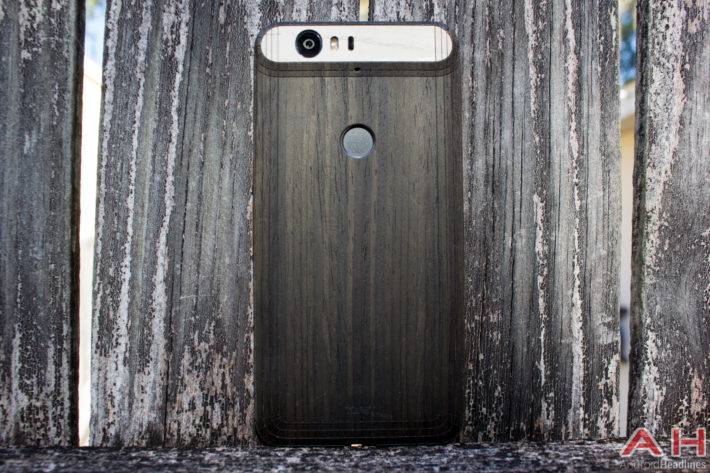 Premium phones and top-tier experiences are at the forefront of everyone’s mind these days.  Not content with just a good user experience on the software end, more and more users want quality metal builds and great looking phones.  The problem with premium materials like metal and glass are primarily that neither inherently have a lot of friction.  This results in more phones dropping and breaking, and since these phones aren’t cheap to begin with neither is the repair bill.  That’s why we’ve got cases, but you don’t want any old case protecting that beautiful phone, you want something equally as beautiful.  The Nexus 6p’s metal body is a thing of beauty without a doubt, but placing another natural material over that like wood gives it a completely different look and feel, and that’s what Toast is here to do.

Toast has been offering skins for smartphones for a while now, but it may be an injustice to call it a skin considering what it’s made of.  Most skins are just that, fairly “simple” thin strips of vinyl that are there more for looks rather than protection, but Toasts skins are made of real wood and are much thicker than vinyl, all while still remaining light and thin.  This means that there’s no burden on the user in terms of weight or bulk like some cases, yet still provides some extra padding in case the phone gets dropped.  Let’s be clear though, there’s absolutely no guarantee of this saving your phone from that one drop that lands in just the wrong spot, although it can certainly help cushion the fall.  Toast skins are placed primarily on the back of the device and wrap around the sides, although if you’d also like the front of your device covered you can order a front panel as well. 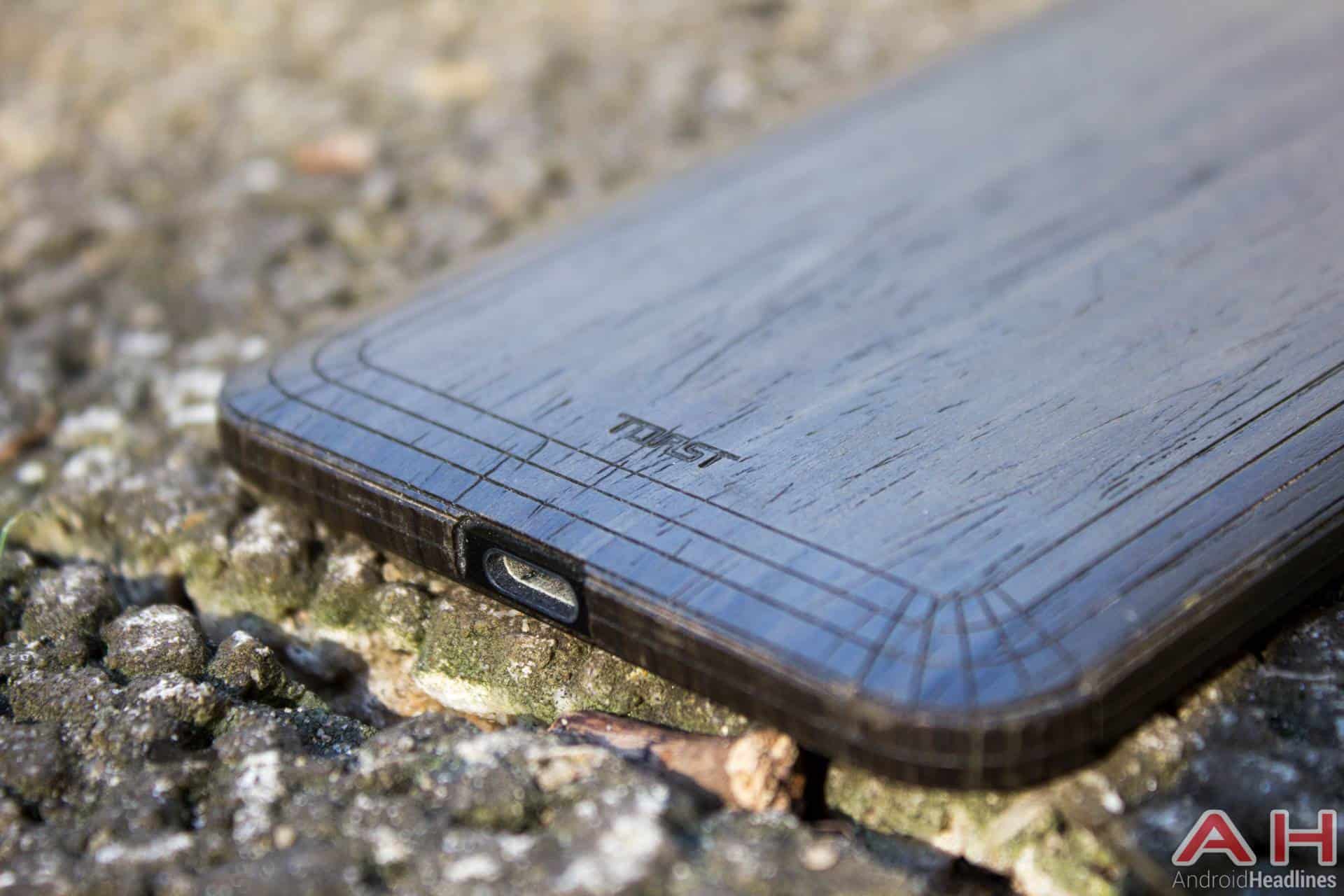 Ordering is as simple as heading over to toastmade.com and choosing your phone, although if you want the special inlay version you’ll have to choose that instead.  The standard version starts at $34, whereas the inlay version starts at $44.  Choosing from the list of possible etchings into the standard version will cost an extra $5, adding custom text to the back will cost another $5, and if you want that front panel you’ll have to shell out another $10.  That means with all the bells and whistles you’re looking at around $55-$60 depending on which version you choose and what options you go with.  Four different wood types are available without extra cost, ranging from the light Ash, medium Bamboo, slightly darker Oak and Ebony wood.  The standard version allows you to mix and match the wood inlay for the glass panel on the back, meaning you can keep it a uniform color or mix it up like I did.

It took me about 10 minutes to install the case from opening the package to the final seal, and it was really about as simple as I could imagine.  Most of the parts are whole, as you can see in the video, and even if you misalign something the first time it’s simple to give slight adjustments before the glue sets in.  Toast uses standard 3M adhesive to stick these to the phone, which means this should be as easy to remove as any other skin out there without leaving a nasty residue or marks on your device.  Once it’s on the difference in feeling is immediate; the Nexus 6p is all of a sudden grippy instead of slippery, a feeling that made me instantly happy.  On top of that, it looks and even smells good too!  Yes, “smells good” sounds a bit weird for a case, but this is real wood and it is reflected in every aspect of the material. 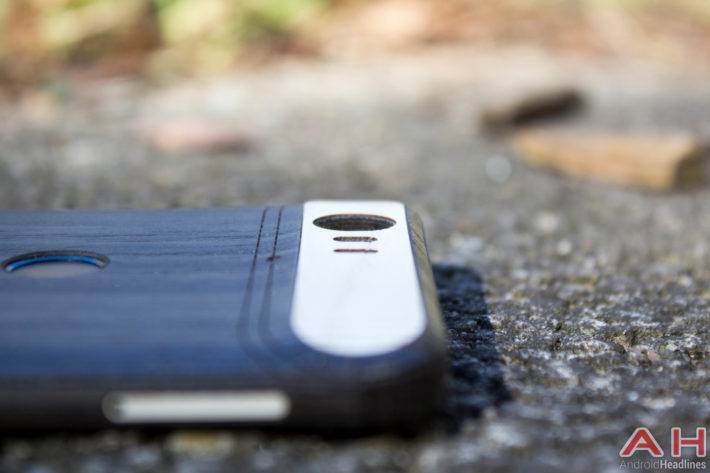 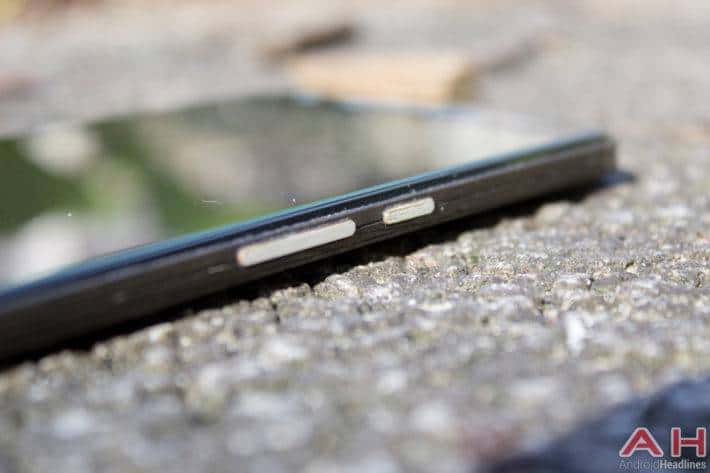 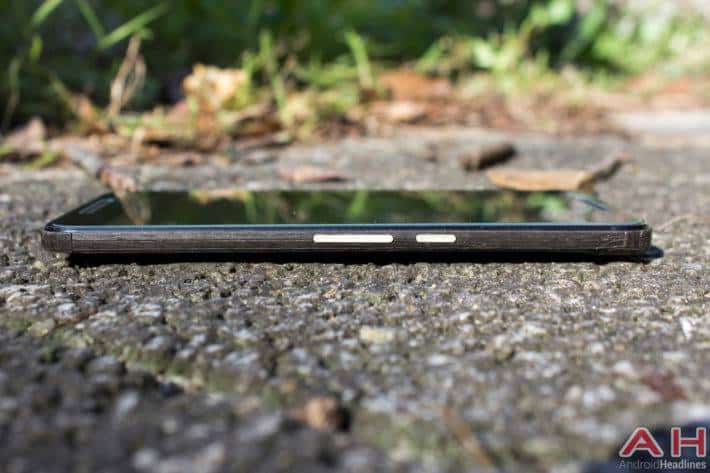 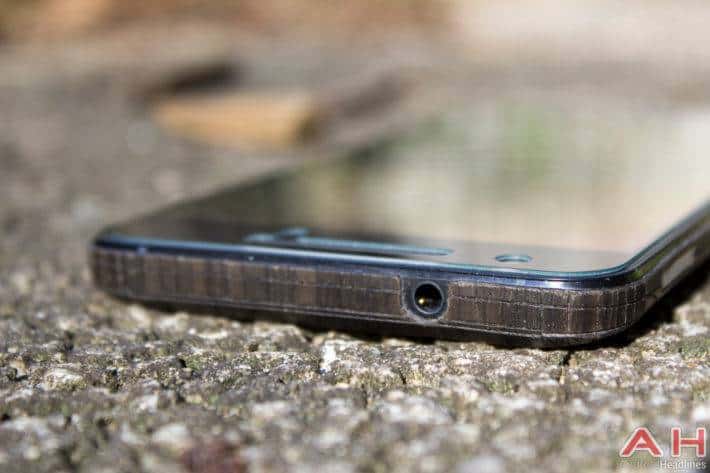 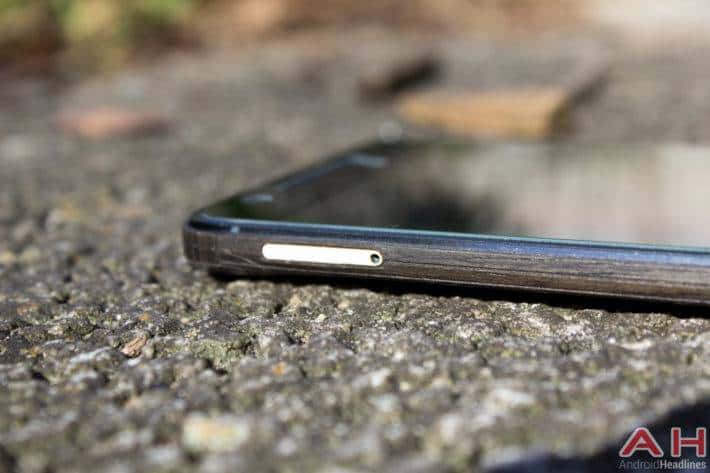 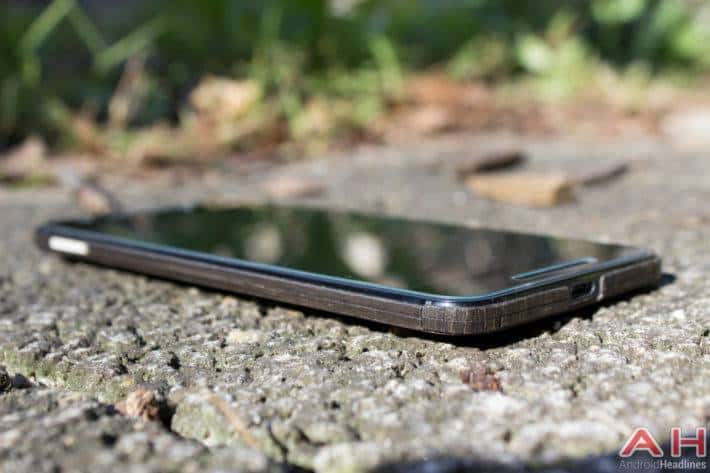 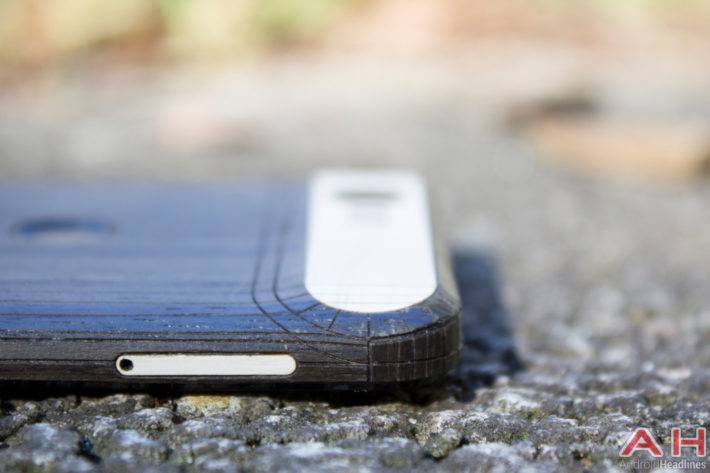 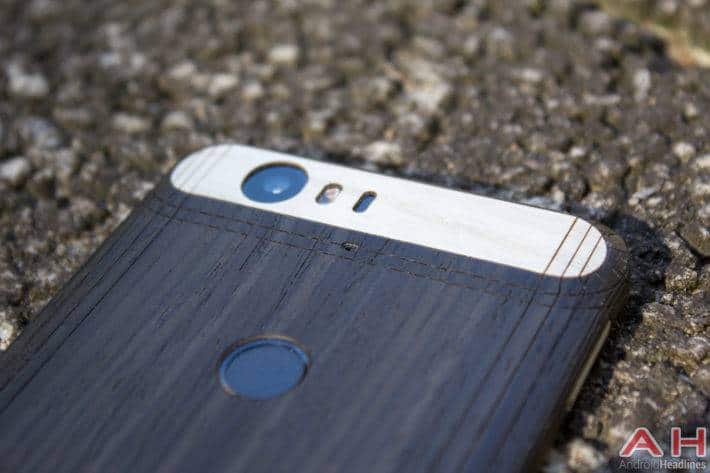 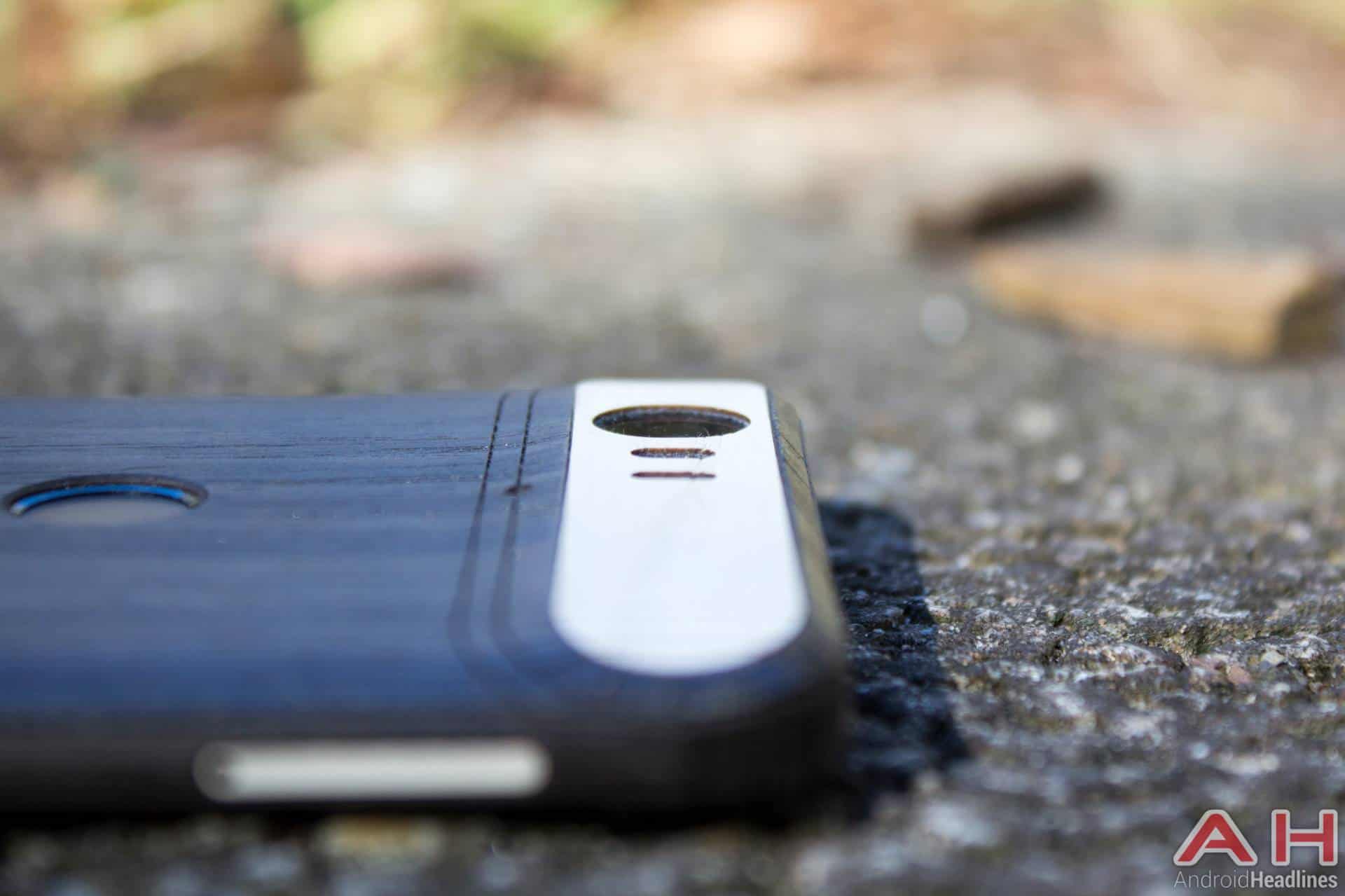 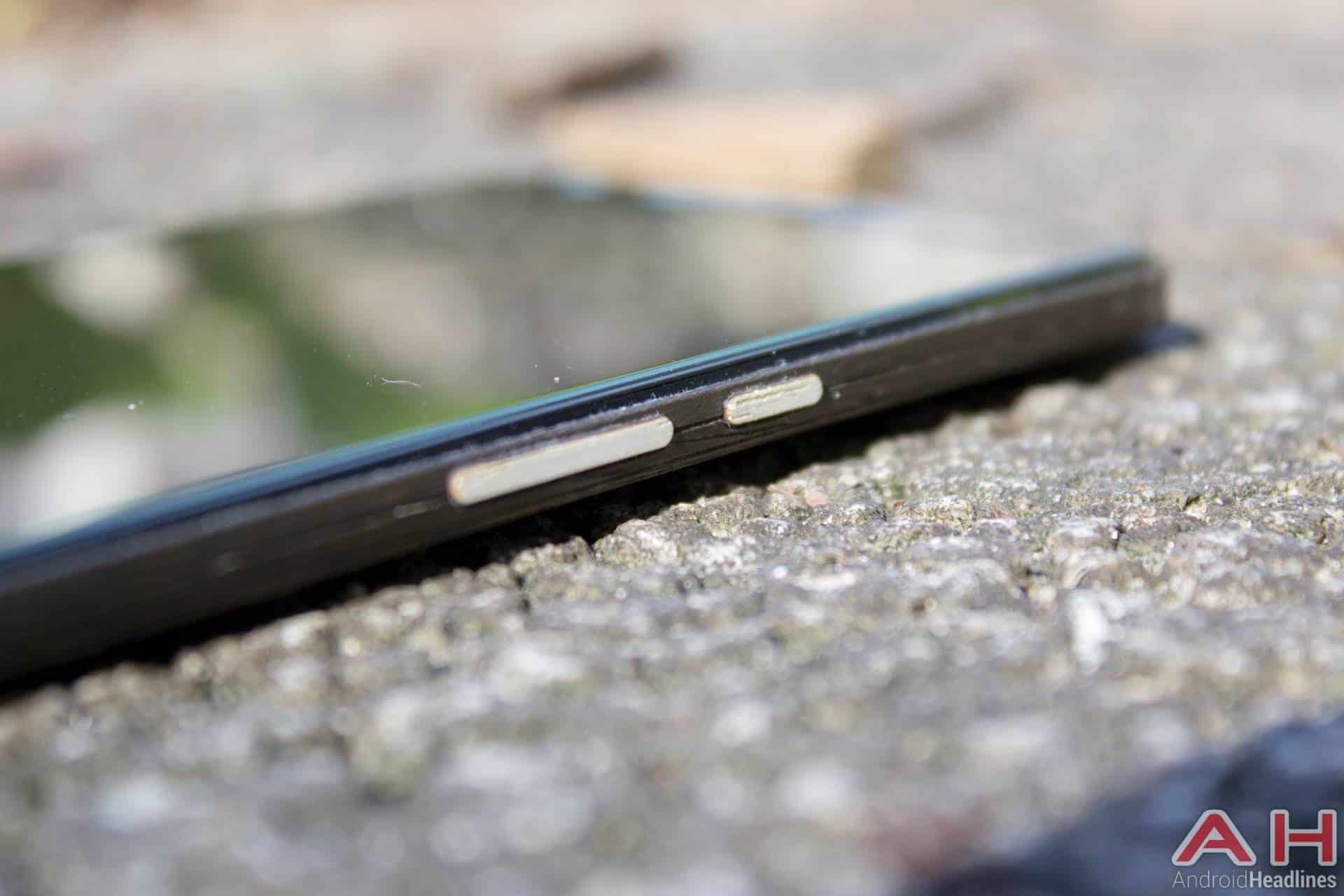 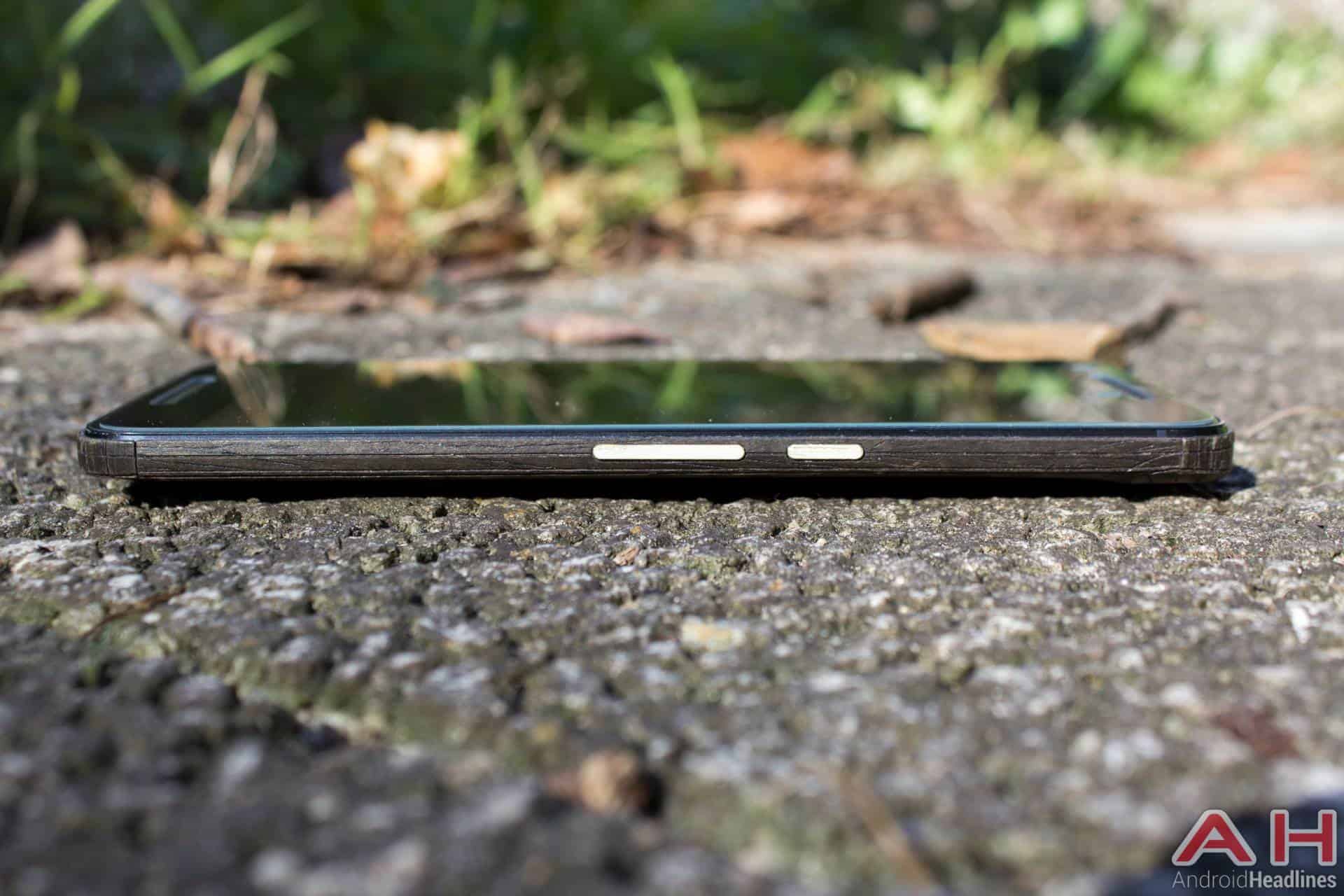 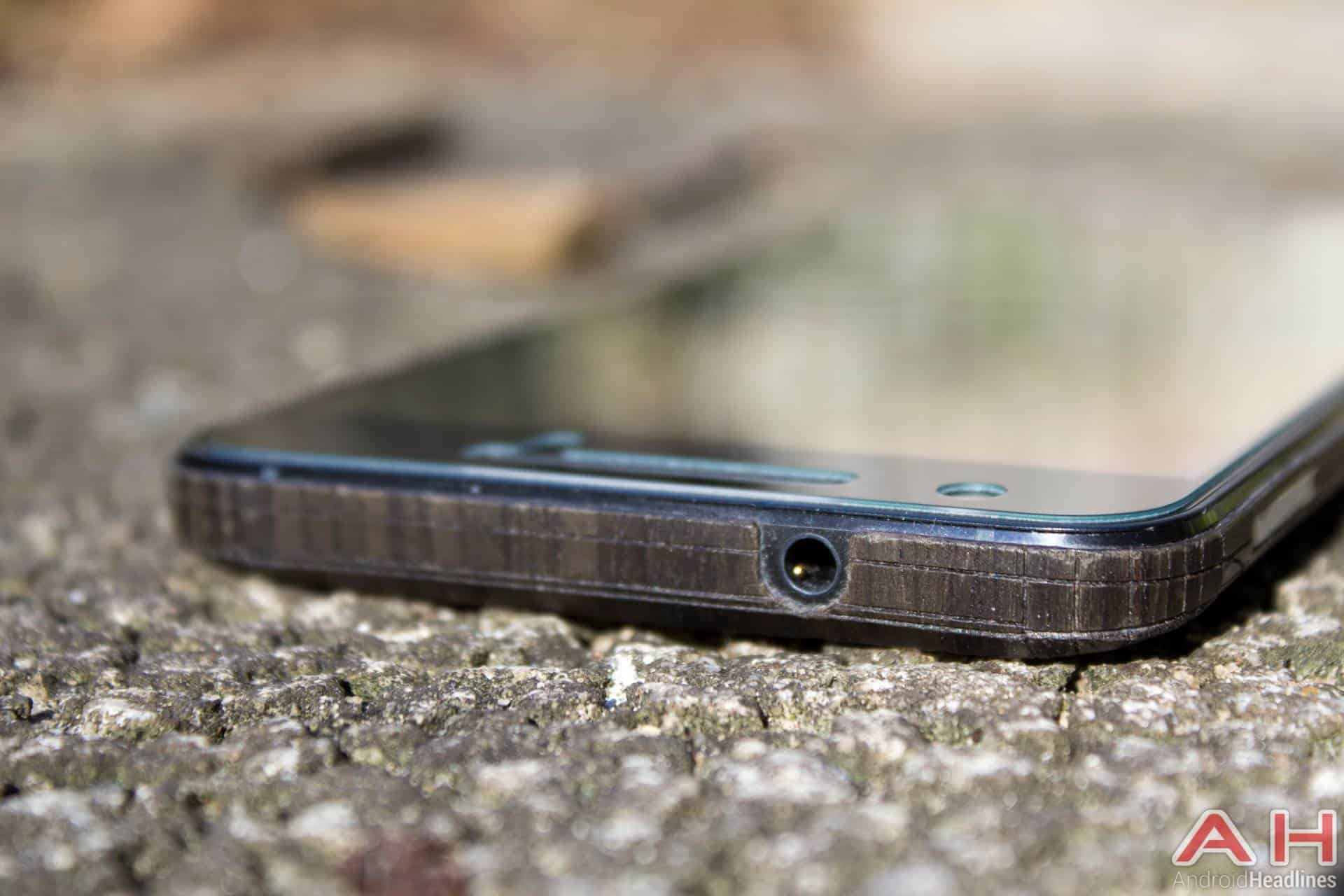 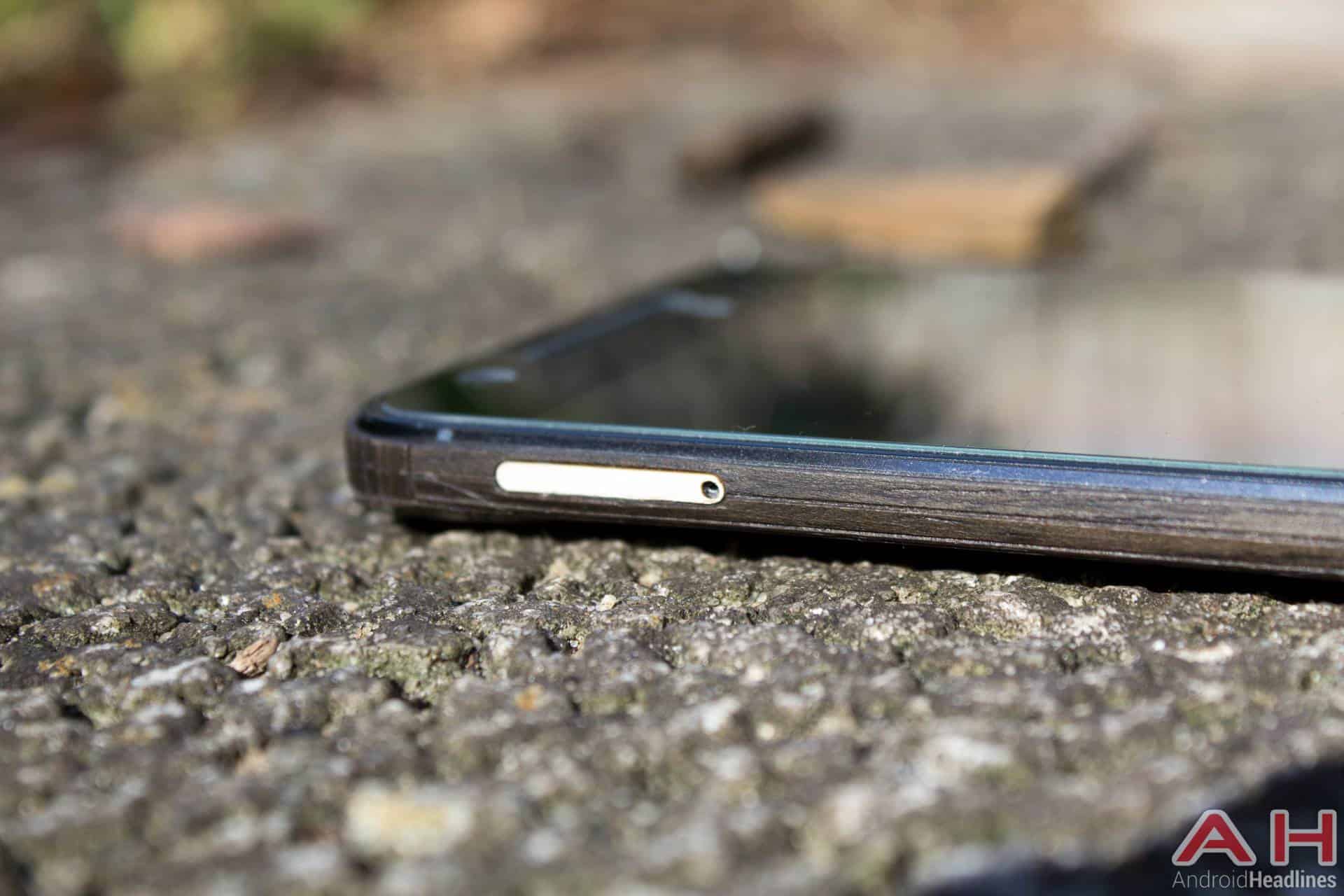 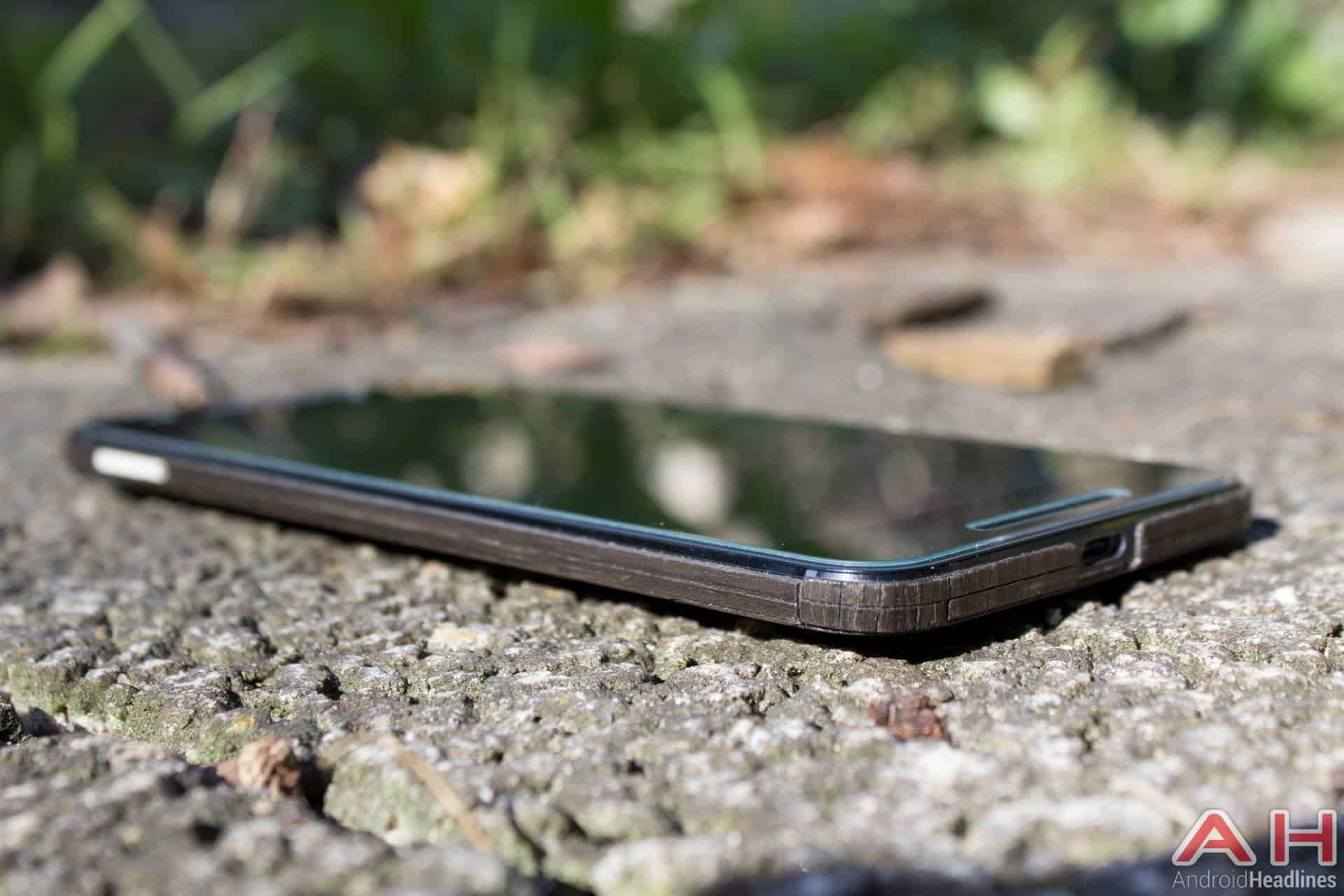 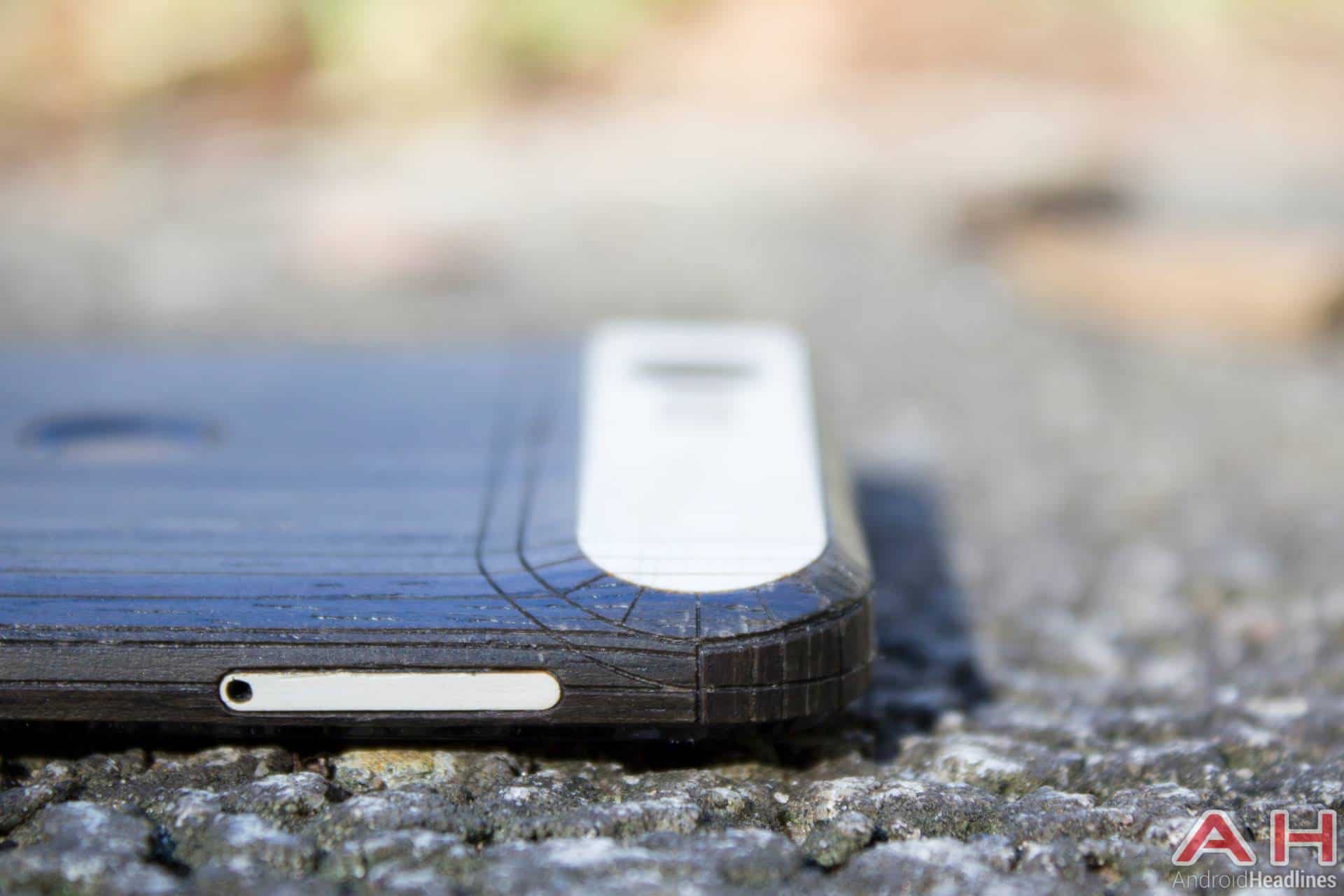 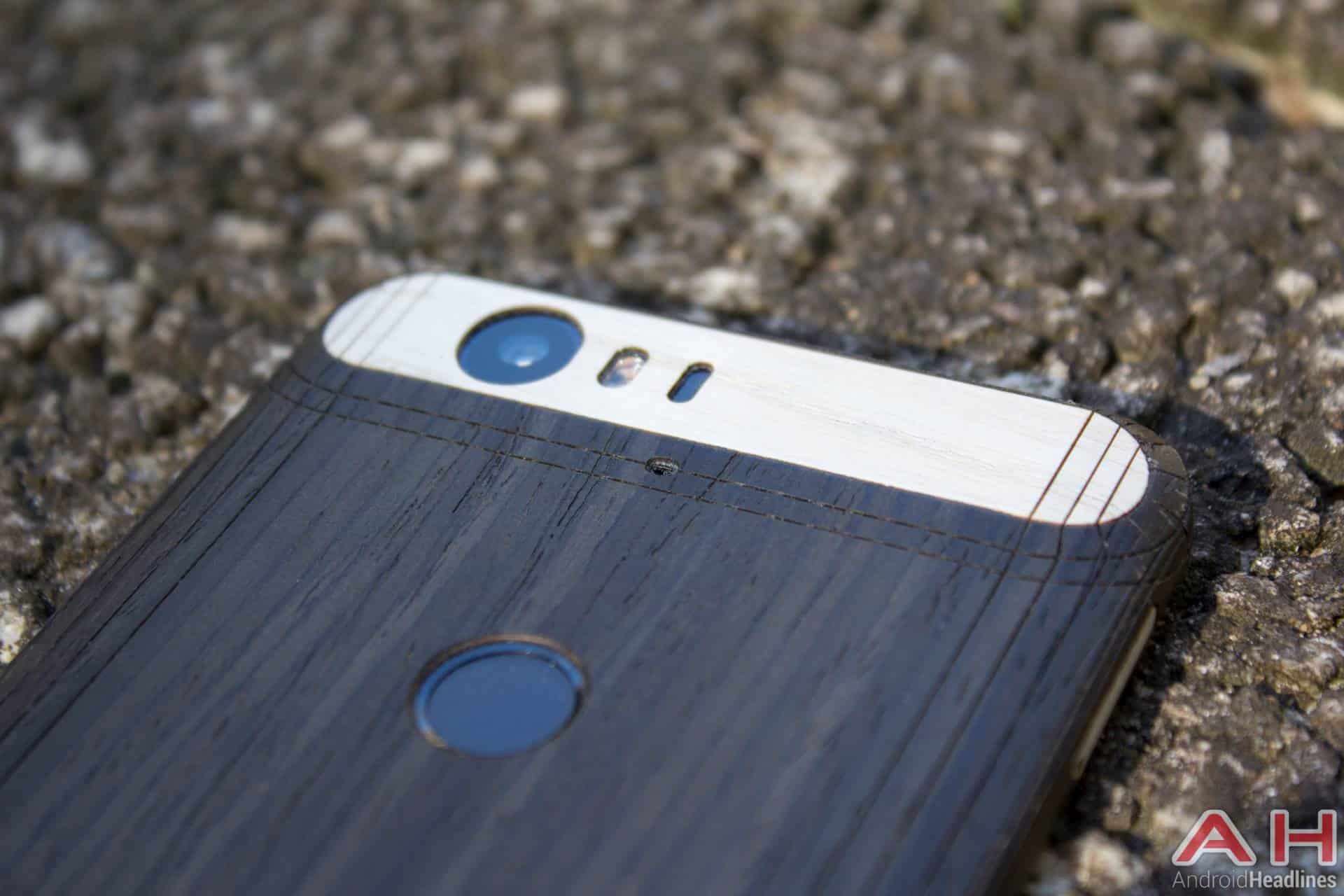 While it’s difficult to say that everyone will have this issue, I found that the volume rocker and power buttons became squishy instead of clicky after installing the skin.  This is in part because the buttons are now soft wood and reside inside of a soft wood cavity, giving little option as to feeling any different.  If you don’t like soft buttons this may be a huge pet peeve for you, and there’s no way to use the skin without applying the button inlays because the skin is thick enough to completely cover up the buttons.  Holes for the USB Type-C port on bottom and 3.5mm headset jack up top are simple cutouts, and there’s a fairly jarring edge that doesn’t quite make it all the way to the top where the screen sits.  I do wish these went a bit higher but it’s down to the chamfered edges of the display that cause the issue, not the skin itself.  Getting a front-facing piece from Toast would probably help this a lot and keep it from looking strange.

Durability was a concern for me since this is a softer wood, and since wood is more prone to problems when it gets wet than metal, I wanted to make sure it would stand the test of time.  Not to mention this is a thin strip of wood essentially glued to the chassis of the phone, so who’s to say it wouldn’t get snagged on the edge of my pocket and pull the corner off or something similar?  I installed this skin on December 8th, and now on January 20th I sit here writing this review, giving it a full month and a half of real world usage.  During this time, I traveled to Las Vegas for CES, shoved the phone in countless bags and pockets, placed it on wet and messy countertops while cooking, and generally treated it as I would any other device I use daily.  Through all this rigmarole the case has held up absolutely perfectly, and there are only a few minor indentations on the back where a fingernail or something similar got pressed into the soft wood surface. 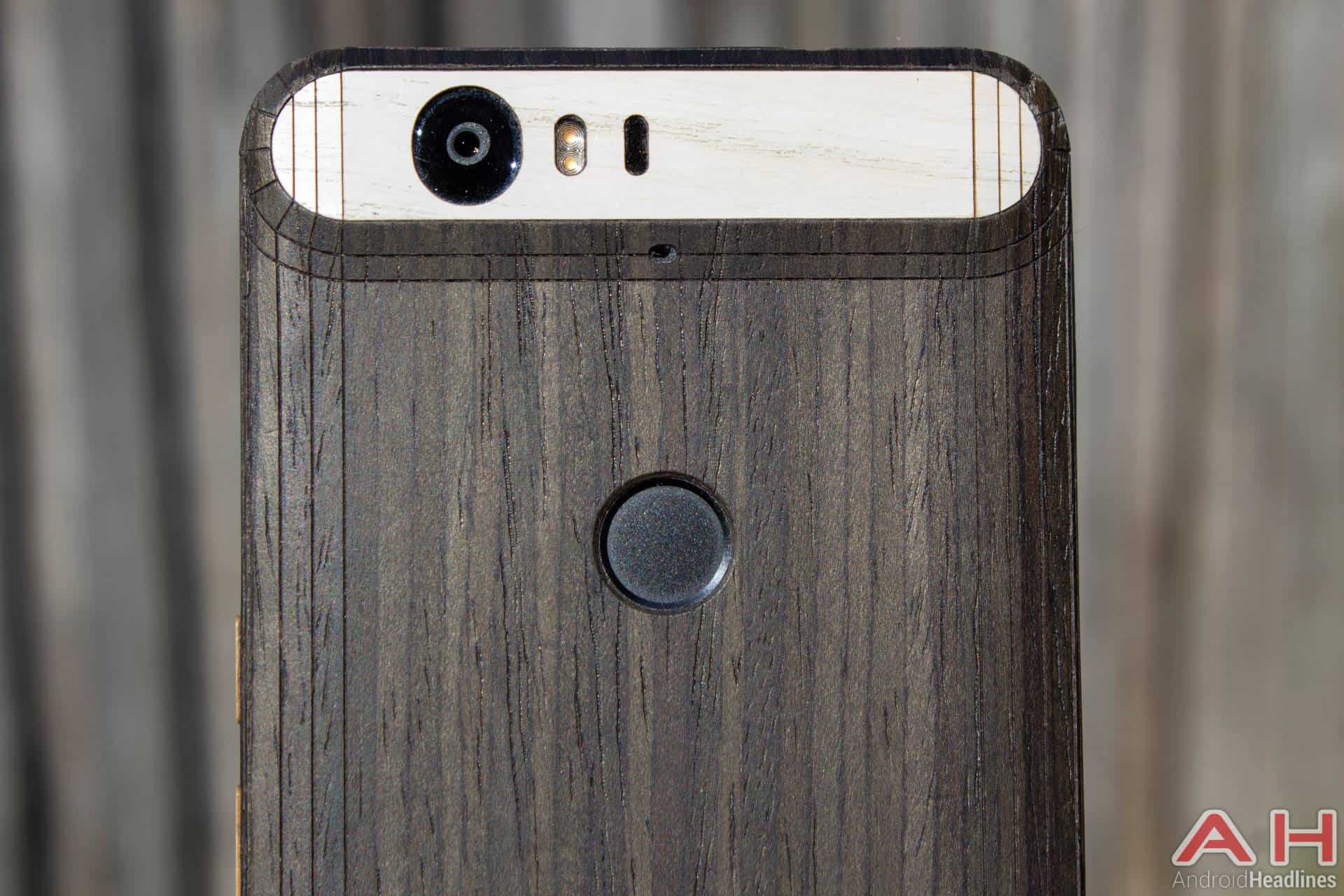 These types of scuffs give it character though, and like a worn leather band on a watch or back of a phone, it really does seem like it’ll look better with age.  What doesn’t really look better with age are the amounts of tiny particles that nest themselves into the cracks and crevices of the wood.  Because this is adhered to your phone instead of just sitting on it like a case would be, there’s no way to avoid the dust that naturally accumulates on things, especially things that constantly are placed in and out of pockets.  As a result, you’ll end up with loose hairs here and there and other particulates in these edges, all of which you can see in the pictures if you look close enough.  It’s simple enough to clean these out with your fingernail, a pin or something similar that can get into the groove, but it’s still an annoyance that needs to be stated.

Regardless of this slight cosmetic issue that can mar the skin if you don’t keep it cleaned, I’m still pleased with the look of the skin on the device.  It adds a depth of uniqueness and character that might not otherwise be there, and it certainly makes your phone look unique.  I met another journalist at CES who had a Toast skin on his Nexus 6p yet it looked completely different from mine, as he had chosen different wood as well as an inlay for his that made it uniquely his own.  There’s certainly something to be said about style and looks when it comes to our smartphones, and there’s a reason we like to customize our devices to our hearts content.  If wood is your thing and you love the way this looks, I can pretty much guarantee you’re going to love the way it feels too.  With easy installation, a fairly low barrier of entry cost and high durability, the Toast skin for the Nexus 6p gets high marks from us and is definitely a recommended buy! 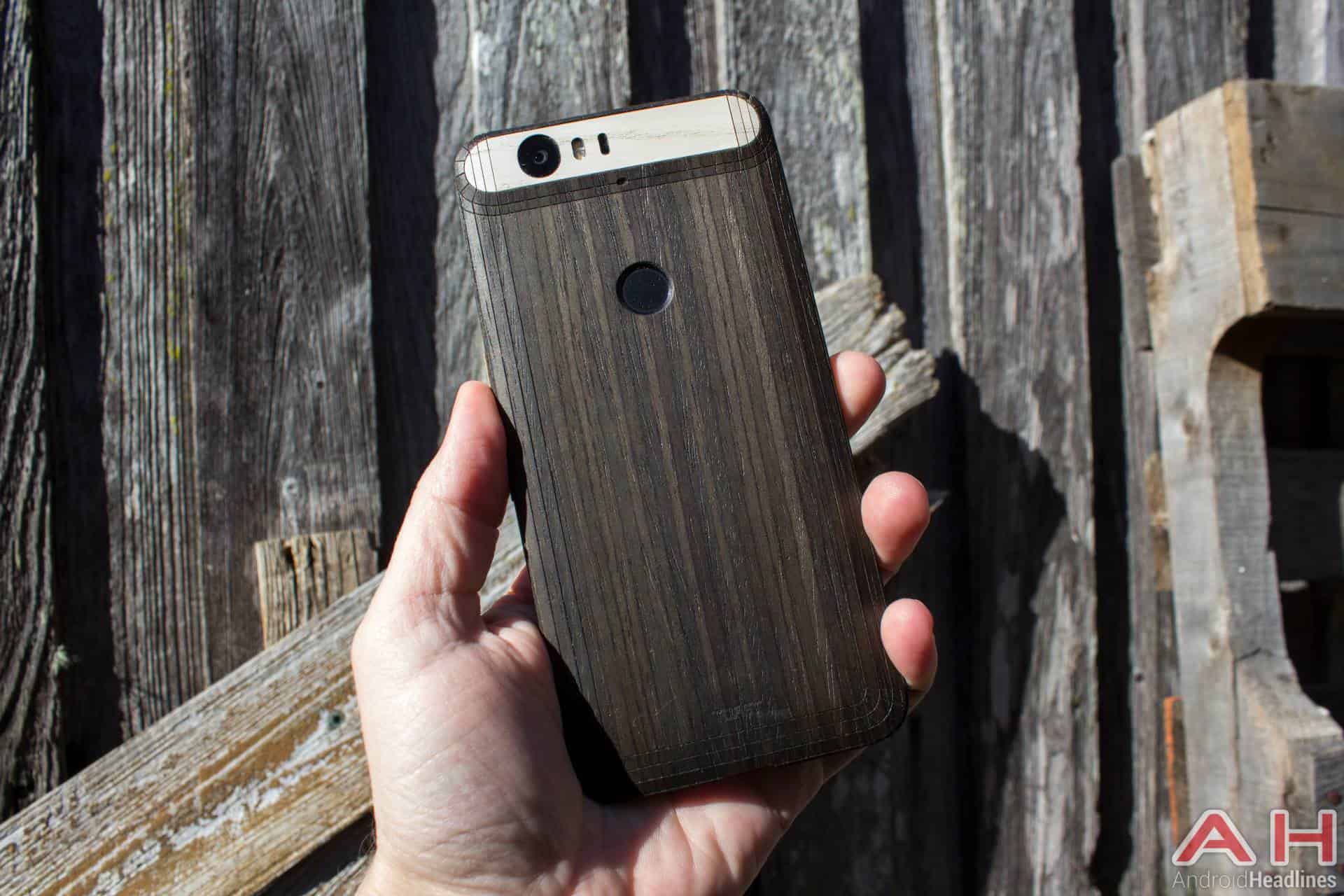