Jaybird's real claim to fame was the Bluebuds X, which were announced way back in 2012. The Bluebuds X received tons of praise in reviews – including our own – and many wondered how Jaybird could top that. Well three years later, Jaybird announced the X2's (around August 2015). The Jaybird X2 dropped the "Bluebuds" brand but didn't drop anything else. There's many things that are the same here with the Jaybird X2 compared to the Bluebuds X, as many like to say "if it's not broke, don't fix it" and that was exactly what Jaybird's engineers were thinking.

Having the best Bluetooth earbuds is no easy feat. With the amount of competition out there now, can Jaybird deliver once again with the X2's? We've been using them for about 3 weeks now, and we can now answer that question. So let's dive into the full review of the Jaybird X2 Bluetooth earbuds. 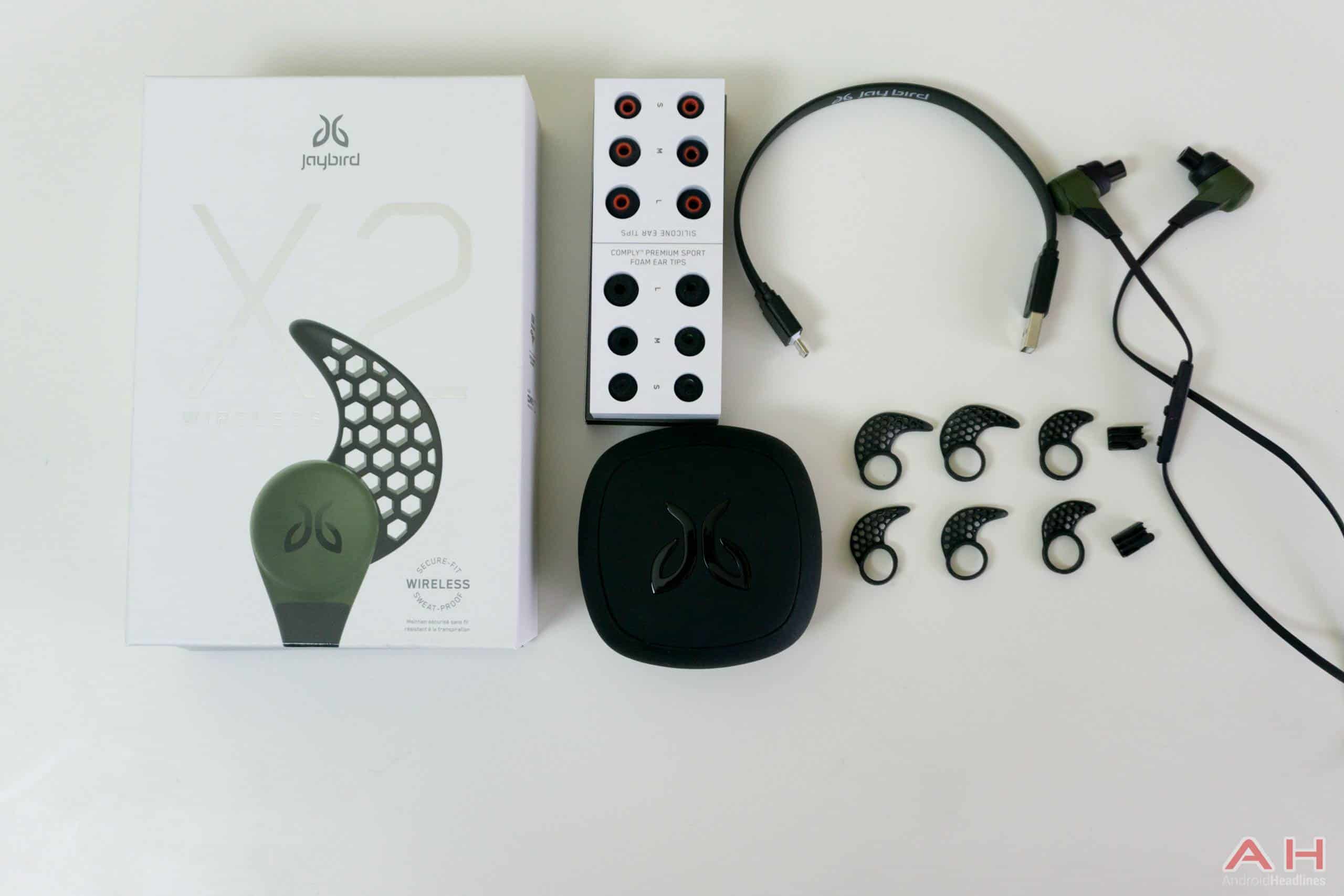 The packaging, like with the Jaybird Bluebuds X, is pretty premium. Open up the box and you have the earbuds right there in plain sight for you. At the bottom you have a tray full of ear tips. In addition to the silicon ear tips, Jaybird have also include a set of Comply Premium Sport Form ear tips. Both come in small, medium and large. You'll want to try these out and see which ones fit your ear the best, seeing as not everyone has the same size ears. Additionally, there is a new carrying case this time around. And it's much improved over the previous, clamshell case found in the Bluebuds X. We also have the wings for keeping the earbuds in your ear and some cable management going on as well. The wings come in three different sizes too so no matter what your ear size is one of the included combinations of tips plus wings should fit.

All of the components you see here are also sold separately. So if you lose some earbuds or tips, you can get them replaced easily, from the Jaybird website. They still support their older models too, for parts. Including the Bluebuds X and the Freedom Sprint earbuds. 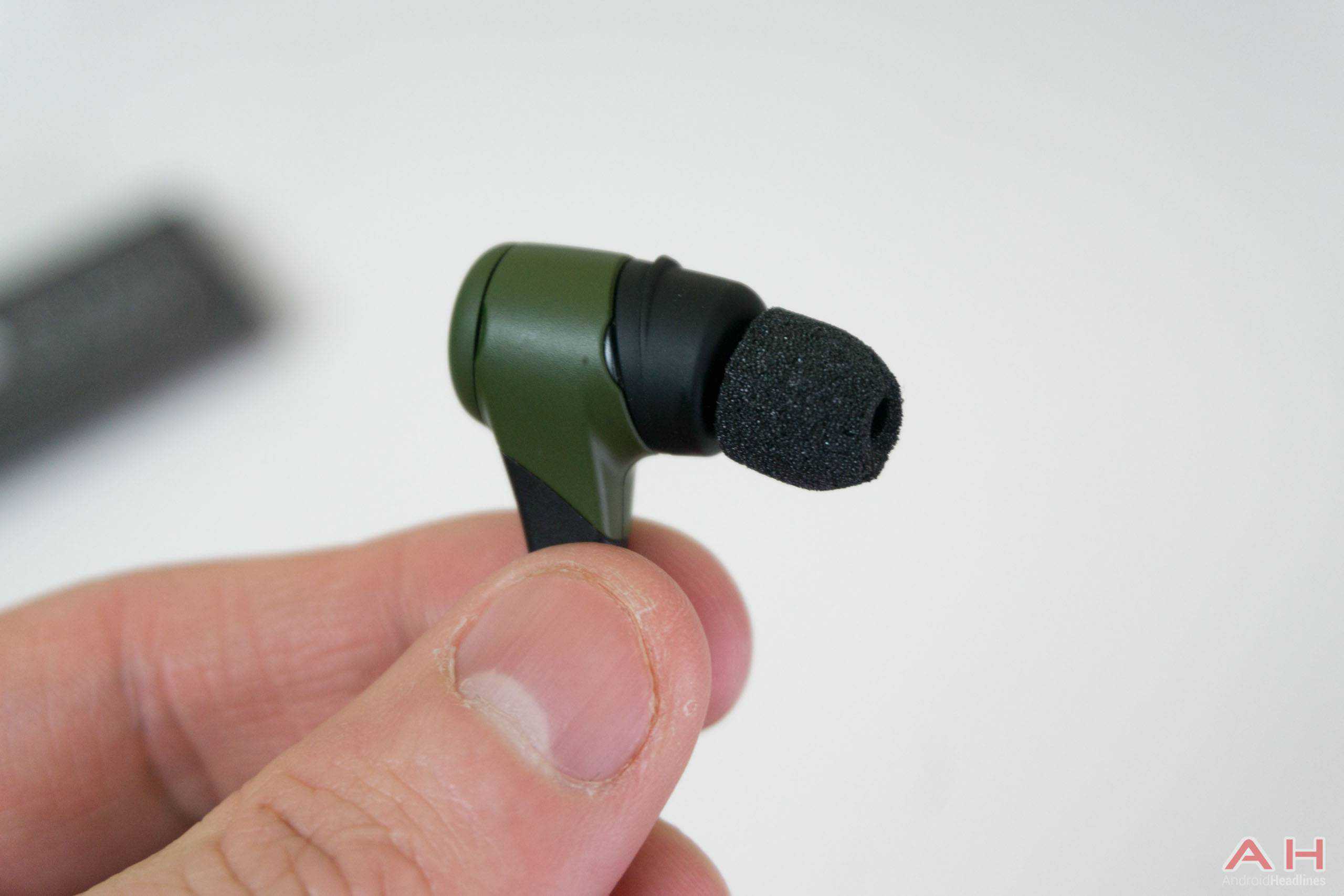 The X2's are designed to be lightweight, and that they are. As they are earbuds and not full on headphones, they are nice and portable and the included carrying case definitely helps with that. While looking at the Jaybird X2's from afar, they may look cheap, but they definitely do not look and feel cheap in your hands or your ears. The X2's have a matte finish, which looks great and most of all, it allows the ear tips and wings to stay on the X2's and not slip off or move around a lot. Something that was an issue with the original BlueBuds X. They sit in your ear nice and comfortably, of course if they aren't comfortable in your ear, then you should try a different ear tip. Jaybird does include three sizes of the tips and the wings, so you can get the perfect fit.

These are one of the most comfortable pairs of earbuds I think I've ever used. Not only because they stay in my ears no matter what I'm doing, but often times I forget that they are even in my ears. Something that can't be said about every other pair of earbuds out there. I mostly use the Jaybird X2's at the gym, and no matter what I'm doing, they have yet to fall out of my ear. Before the Jaybird X2's I was using Samsung's Level U Earbuds, and they would fall out quite easily. 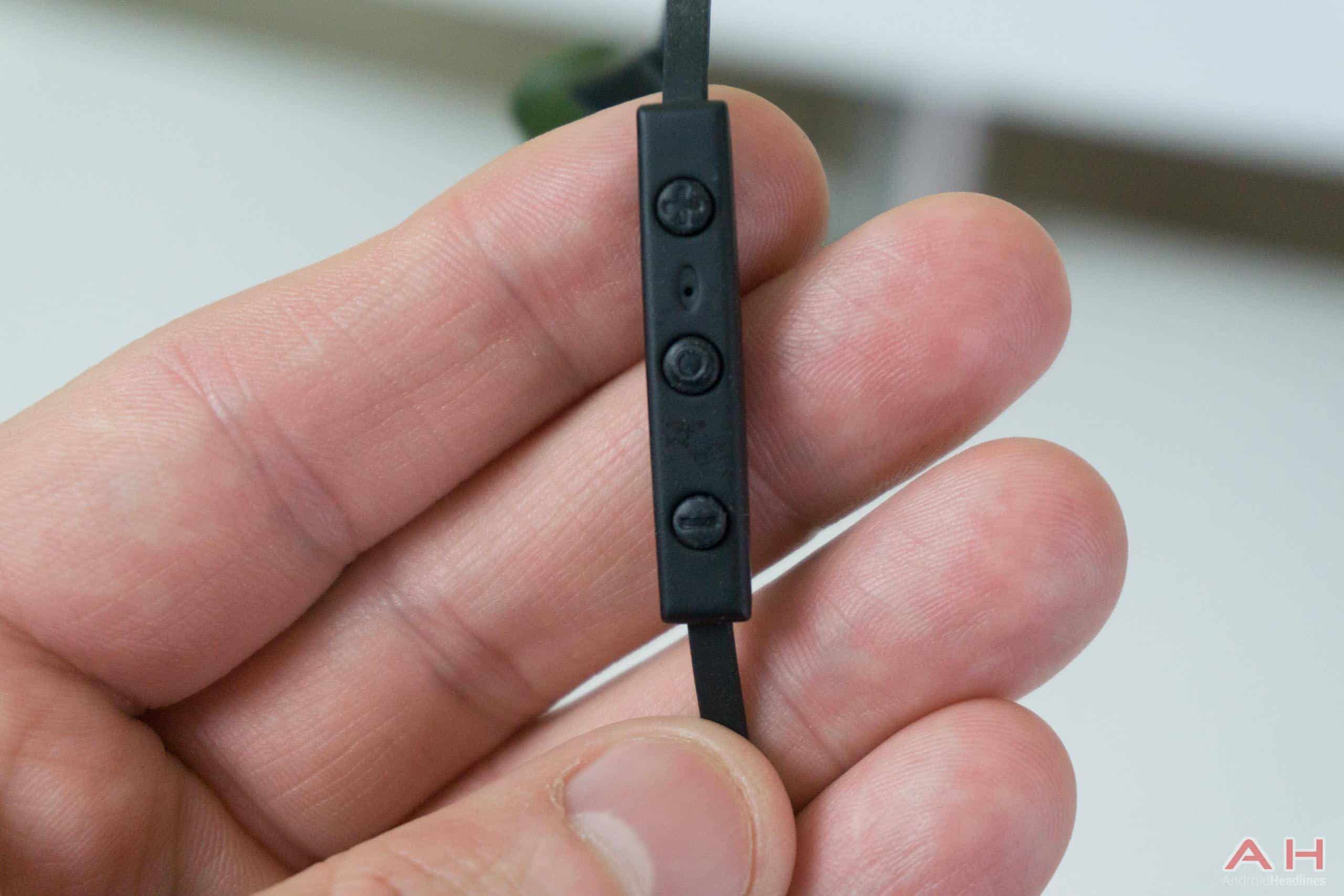 Jaybird kept the inline controls here on the X2's, although an improvement that was made here is that the controls are now silent. In the Bluebuds X, the controls would make a slight beep to tell you that one of the three controls was pressed. Nothing like that here on the X2's. Along with the inline controls, Jaybird also has a built-in microphone. This is here to allow you to take calls with the X2's. We did a few calls with them connected, those on the other end were unaware that we were even using Bluetooth headphones for the call. Additionally, the sound is nice and clear, and there doesn't seem to be any lag over Bluetooth, which we've seen with a few other headphones and earbuds.

These can also be used either going over your ear or going under your ear, it's up to you and what you're comfortable with. I've been using them under my ears, as that's what I'm used too, but there's no right or wrong way to wear the X2's. There are included clips that help with cable management here, and it's definitely recommended if you wear your earbuds over your ear. This way when you're running, the cable isn't flapping around in the wind. May not be a big deal to most, but it's nice that Jaybird has thought of that, and even includes it in the package.

These earbuds are sweat proof, in fact Jaybird has even put a lifetime warranty against sweat right on the box, to let you know that no matter how much you sweat, they won't get damaged. Now I've been taking these to the gym for the past few weeks – prior to the Jaybird X2's, I was using Samsung's Level U earbuds – and haven't had any issue with sweat damaging the earbuds at all. And they've been a joy to use at the gym as well. Definitely better than having wired headphones, as they don't get in the way as wired headphones would.

One of the premiere features and advantages the Jaybird X2's have over competitors is the battery life. Jaybird quotes battery as 8 hours of continuous use. However in my time, I was able to get closer to around 10 hours of continuous playback. Of course these numbers are variable to the music you're listening to  as well as the volume at which you are consuming that audio. But for most people, they should last you all day long, and then some.

Now when it comes time to charge the Jaybird X2's, it s a bit of a mystery. And nothing on the box or in the box shows you how to charge them. But on the earbud that is near the inline controls, you can flip off the back cover and inside is a micro USB port. Use the included flat micro USB cable – or any other micro USB cable – to charge them up. Charging can take anywhere from about an hour to two hours. When it's charging, there is a red light that comes on, underneath the earbud, and when it's done, it's green. Pretty simple. 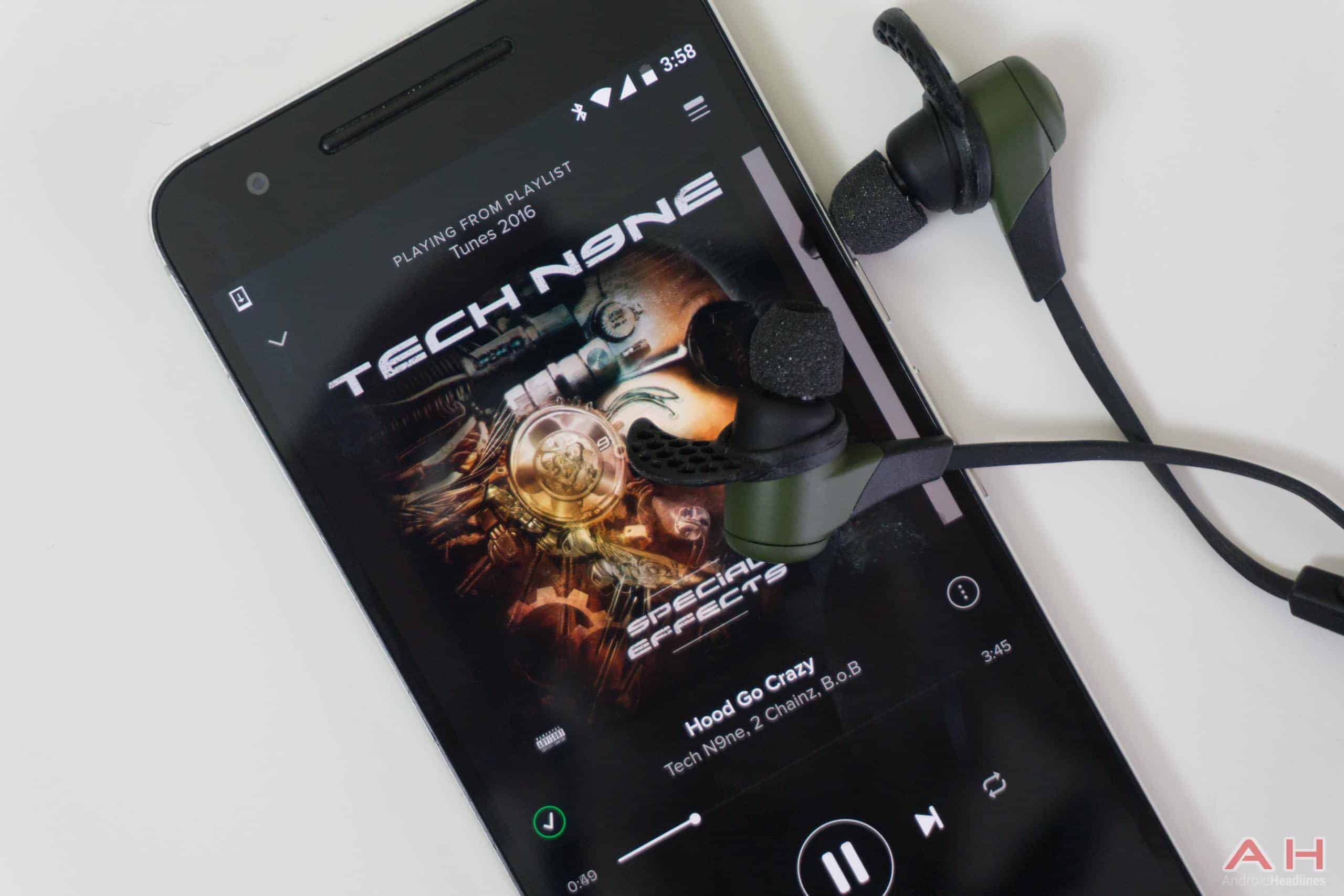 These are some of the best Bluetooth earbuds around. Not just because of how small they are, how great they look and how long the battery last, although those are all great features of the Jaybird X2. The sound is the biggest feature, especially considering that's why you're buying these headphones. The sound coming out of the X2's is already amazing, but you can also make it even better by using the equalizer on your smartphone.

Music coming through the Jaybird X2's are nice and clear. Bass is also deep, while still clear, as well as the tops and mids staying nice and clear, especially when turning up the volume on the X2's. These earbuds can get nice and loud, and I was actually pleasantly surprised by how loud they can truly get, without the bass suffering at all. 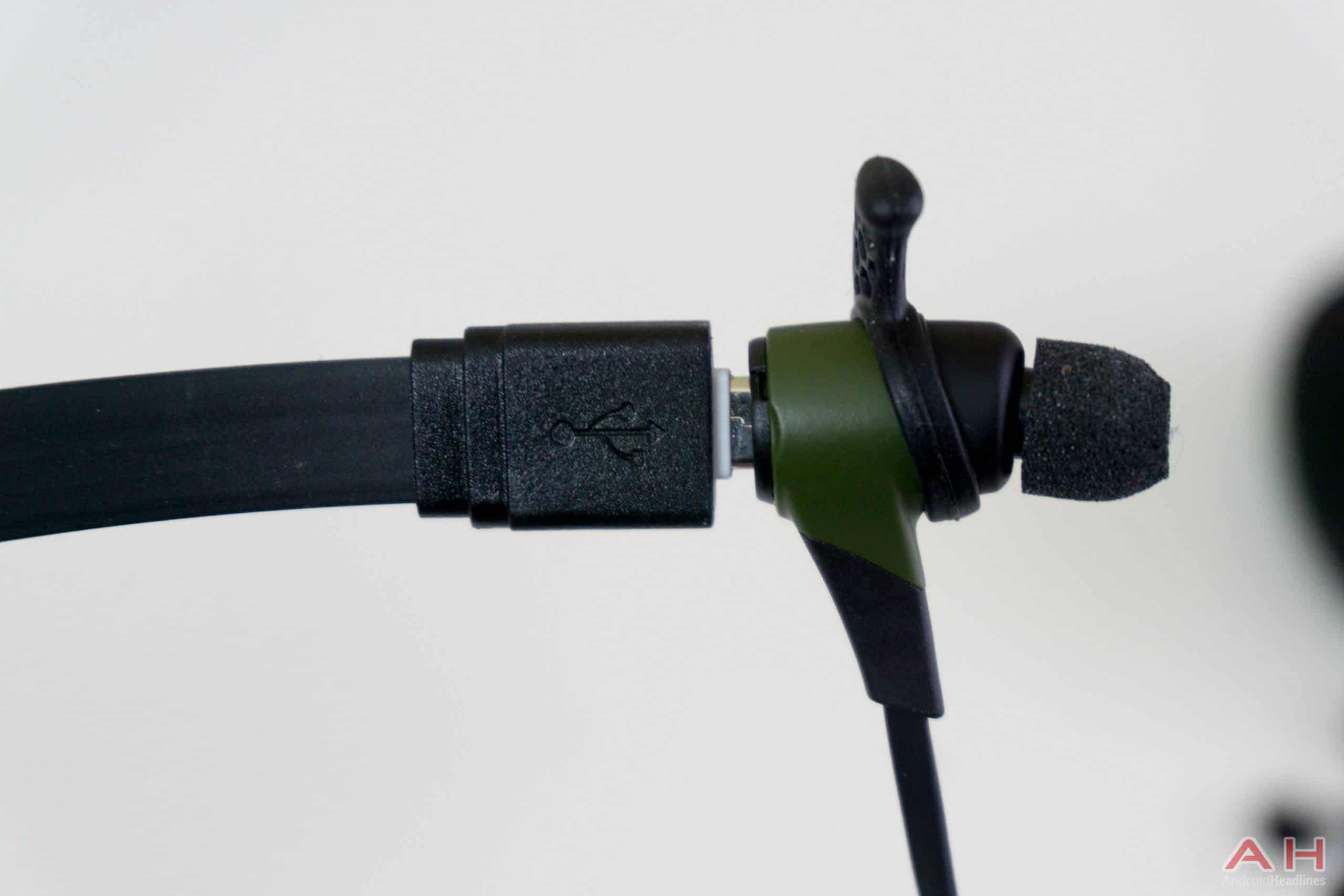 Using Bluetooth, the Jaybird X2 connects with your smartphone, tablet, or even laptop seamlessly. All you have to do to pair with a new device – it can connect with up to 8 devices – is press the center button and hold it. It'll turn on, and continue holding it until you hear that it's searching for a device. Pretty easy to set up, although it would be nice to have NFC here for even easier pairing.

Connectivity has been pretty good. Jaybird uses SignalPlus which is their technology for allowing you to listen to music from your phone, no matter where your phone is on your body. I haven't had any issues with the Jaybird X2's skipping, except when the battery is critically low. Which I won't pin that on the X2. 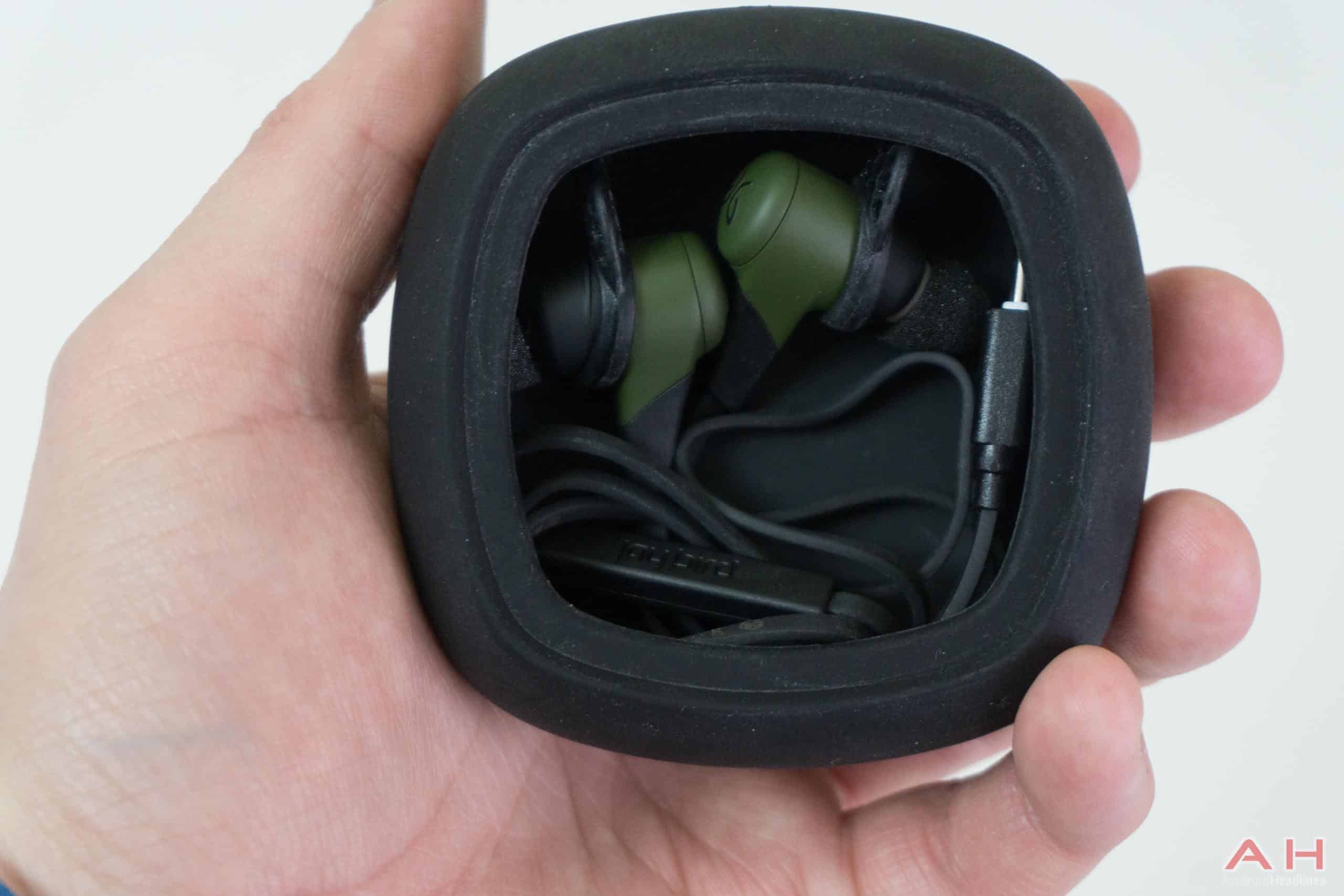 The Jaybird X2's are retailing for around $129-149 right now at various retailers. And at that price, are the X2's worth the price? I'd definitely say so. These were not a review unit, I bought these with cold hard cash and do not regret doing so. I have had them for a few weeks now and absolutely love them. The sound quality here is pretty darn good, especially for a pair of Bluetooth headphones, never mind Bluetooth earbuds. The bass is nice and boomy, but not too much so. The mids are there and sounding good as well. Not to mention the amazing battery life coming out of the X2's. There's basically nothing to complain about with the Jaybird X2 earbuds.

Sure, if you're looking for a pair of headphones to take out running or to the gym, these might be a bit pricey. I was once told "you get what you pay for" and with the Jaybird X2's, you get a whole lot. Jaybird has already announced the X3's (pretty quick too, as the X2's were only announced about 4-5 months ago), so you'll likely see these coming down in price pretty soon. However, they are still a great buy.

Jaybird X2
Advertisement
Trusted By Millions
Independent, Expert Android News You Can Trust, Since 2010
Publishing More Android Than Anyone Else
25
Today
144
This Week
399
This Month
5143
This Year
106618
All Time
Advertisement