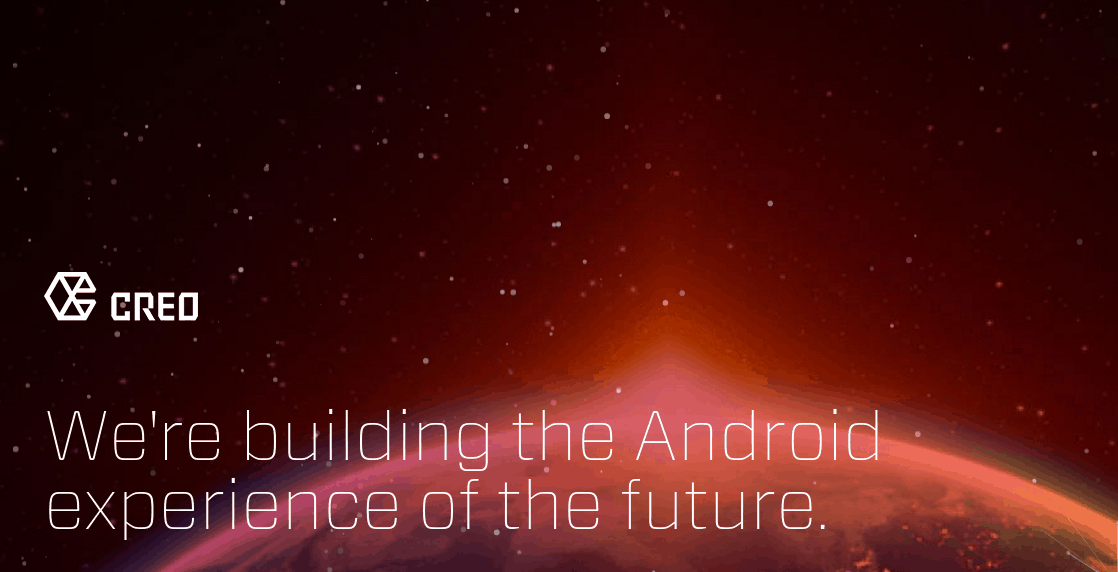 Google has released Android back in 2008, and since then, this operating system grew immensely. Thanks to the open source nature of the operating system, tons of manufacturers not only adopted it, but altered it to fit their needs. Today we have tons of Android-based OS’ / UI’s out there, which is great, because we have options, which is not something users of other platforms can say.

Now, having that in mind, it seems like another Android-based OS is coming our way. A Bangalore-based company called CREO reached out to us, and shared some really interesting info. CREO is a consumer technology company which has recently secured $3 million in funding from Sequoia India, Beenext Ventures and India Quotient. What are they going to do with all that money? Well, they’re going to create not only their very own OS, but a smartphone as well, read on.

The company said that we can expect their own smartphone and OS to arrive this year, they actually said ‘early 2016′, so we’re guessing the launch date is close. “We believe when powerful hardware works hand-in-hand with continually evolving software, magical experiences can be created. Our team is gearing up to make an operating system and a smartphone that constantly evolves to give you new experiences every month; experiences that were never heard of on any smartphone. In the long run, we also plan to license our OS to other OEMs in India and worldwide,” said Sai Srinivas, co-founder & CEO of CREO. It is also worth mentioning that CREO currently employs 70 people which have been working on the company’s mission to launch an Android-powered smartphone with a new OS running on it.

This project might sound optimistic, as we already have plenty of choices out there. CREO will have to face tons of other manufacturers and Android OS’ in order to succeed, but having options is great, so we’re going to welcome CREO’s smartphone and OS as soon as they arrive. Now, we still don’t have any specific details when it comes to this OS or smartphone, but we’re hoping CREO will share something in the coming weeks, as both of these products are expected to launch soon. The company says they want to ‘make Android better’, so we’re hoping both their smartphone and OS will be compelling.