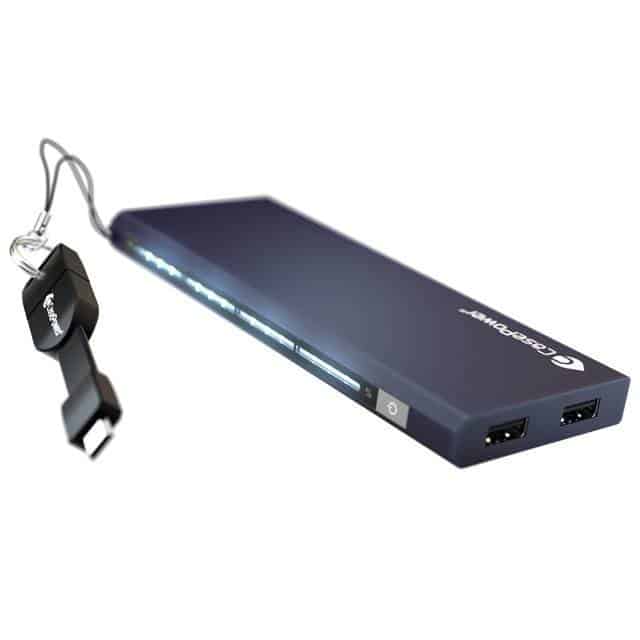 Backup batteries and power packs are generally dull, functional affairs. Their design is typically minimal and their functions normally include charging devices and not much else. This is normally accomplished through a simple battery and plug setup, though there are some exceptions. Some come with their own built-in cables that protrude or unfold from the device, some work wirelessly and some are even solar-powered. Even with all those bells and whistles, when you think of backup power packs, the words “functional”, “minimal” and “boring” normally come to mind for most. Swedish firm CasePower wants to add “well-designed” and “smart” to that list.

They’ve outed a new type of power pack that boasts changes on the outside and under the hood to provide a better charging experience. Their new design shows of ICP, or intelligent charging and protection, technology. This new tech is made possible by an in-house circuit telling the battery pack how to do its job. This new circuit can intelligently detect things like the best charging speed for the device at hand and the optimal charge level to reach before stopping to avoid damaging the battery. Protection against things like overheating, over-charging and short-circuiting is also featured. This new type of backup battery will make use of battery cells bought from LG.

The new case sports a minimalist, but full-featured design. Power indicators and the power button are along one spine of the thin device, while two full-size USB ports occupy the front spine. The flat sides are relatively unadorned except for a logo, sloping down to a hand-friendly hexagonal edge. Another new featured, dubbed the “Click To-Go Cable”, is a simple USB to Micro USB cable that will fit most Android devices and is only a few centimeters in length. The short cable is attached to the battery pack by a short lanyard and a keyring. These secure the cap on the USB end. By giving the cord a tug anywhere but the cap, it will detach and can be plugged in and used like a normal cable. There has been no word on when the first packs in this new line will hit shelves or what specs the prototype sports.