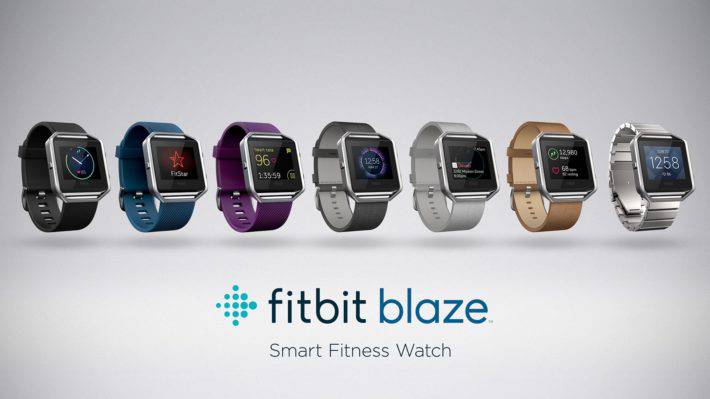 Fitbit's Charge HR activity tracker was one of the most-loved smart bands last year, and even topped our list for the 'Best Fitness – Activity Tracker for 2015'. However, the company behind the well-reviewed fitness band is not resting on its laurels. While Fitbit is yet to launch an official smartwatch, last year, the company had launched an activity tracking wearable called the 'Surge', which was marketed as a 'Fitness Super Watch', partly because of its rather large display panel that gave it a very smartwatch-like look. Now, Fitbit is looking to introduce a comparatively more affordable offering in the segment by coming out with a wearable called the 'Blaze' that comes with the same smartwatch-like form factor.

Blaze, which is being described as a 'Smart Fitness Watch' by Fitbit, will be shown off officially at the CES 2016 trade show at Las Vegas, Nevada. The device will sport a price-tag of $200, and looks like a regular smartwatch for the most part, albeit it comes with an octagonal watch face. The device tells time and comes with a number of different alerts and notification options, but doesn't have support for third-party apps that is the hallmark of smartwatches, like the ones based on Android Wear. Blaze also does not come with a built-in GPS tracker that can be found on the Surge, thereby curtailing the device's utility somewhat. However, while the Blaze doesn't have a native GPS tracking feature, it comes with the ability to derive GPS data from smartphones running on Android, iOS and Windows.

The one interesting thing about Blaze is that it is the first device from Fitbit to sport a color display. The Blaze also tracks over a dozen different activities and comes with a heart rate monitor, something that is becoming more ubiquitous with every passing year. The device will reportedly track as many as fifteen different types of exercises and activities like running, walking, tennis, basketball, soccer and elliptical machine workouts. The smart activity tracker will also have standard notification options (calls, texts and calendar notifications) and can be used to control the volume of music on smartphones that are synced with it. Fitbit says that it will sell a stainless steel link band and a leather band separately for the device. While the former will cost $129.95, the later will set you back by $99.95.