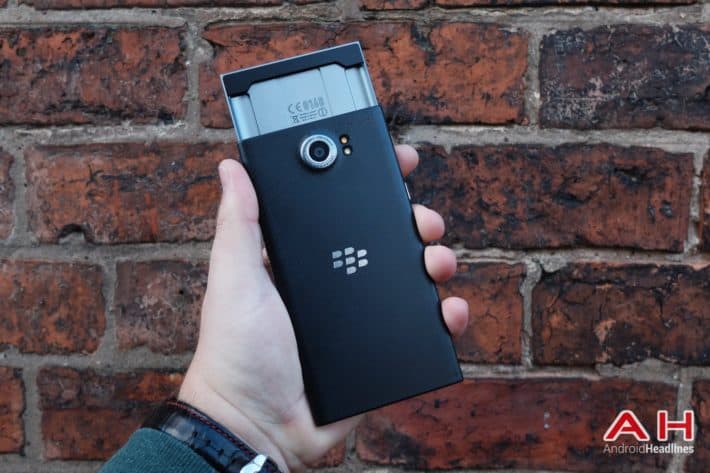 BlackBerry did not announce any new devices at this week's Consumer Electronics Show, Las Vegas, but instead their Chief Executive Officer, John Chen, talked about the company's BlackBerry devices, the Internet of Things, healthcare and automobile services and how all of these are important to BlackBerry. When it comes to the BlackBerry Priv, John explained that the device would be on sale through other major North American carriers now that AT&T's sixty day exclusive deal had come to a close. This means that Verizon, Sprint and T-Mobile US will be able to sell the device. John is bullish about the BlackBerry Priv and explained that all seven major carriers in the US will be able to sell the same Blackberry model, something that has not happened in several years.

The BlackBerry Priv is close to the device that many people had been wanting for a long time: BlackBerry's hardware, including a slider keyboard / touchpad combination, running Google's Android software, which has been "hardened" by BlackBerry. This gives the hardware access to many, many applications. John said this on the BlackBerry Priv: "I'm trying to rebuild a business in an industry that's very competitive, but we have a lot of know-how and concepts, and we know we can expand that consumer to be a professional consumer. It's worth a shot and that's why we did what we did with the Priv." The Priv is seen by many as BlackBerry's saviour device, it's last chance to make money on hardware. The company explained that there are more Priv accessories due soon and of course, the device will be updated to Android 6.0 Marshmallow later in the quarter.

On the subject of BlackBerry's QNX-based operating system, BB10 or BlackBerry 10, it appears that the software is not to be shelved just yet. BlackBerry are working on making their hardware business viable and it's too early to tell if they will concentrate solely on Android, or run BB10 devices side by side with Android devices. However, we understand that there are plans for one or two devices in 2016 running Android and currently no plans for another BB10 device.

BlackBerry's Derek Kuhn spoke about some of the businesses other plans, including the self-driving platform based on their QNX software. This will be based on three core systems, these being ADAS (Advanced Driver Assistance Systems), V2V (Vehicle-to-Vehicle) communications and V2I (Vehicle-to-Infrastructure) communications. There are currently sixty million vehicles on the road that contain BlackBerry QNX technology. BlackBerry are working towards a voice-controlled glass cockpit. It appears that BlackBerry's focus is on the security of in-car control systems, which is not unexpected given BlackBerry's focus towards turning themselves into a software company.