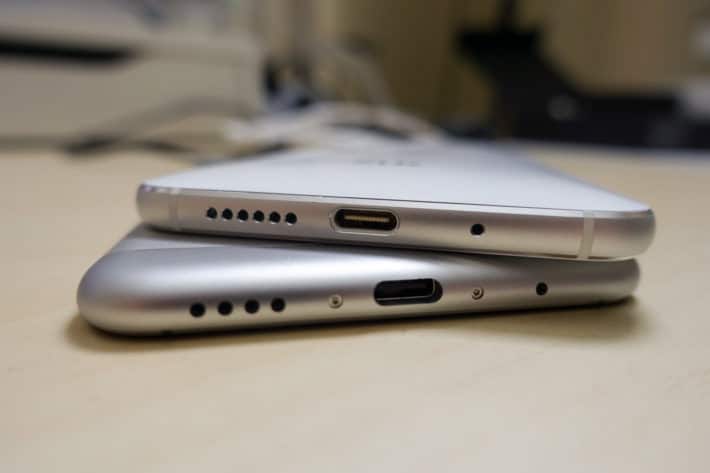 USB Type-C has a lot of us excited, for a few reasons. One is the fact that you can charge your smartphone and laptop from the same cable. Another is that you can also plug in your monitor, or ethernet, or mouse/keyboard into the same port as the power adapter. It's truly universal (even though USB is an acronym for Universal Serial Bus), and is meant to be future proof. At least for the immediate future, as it is supposed to be based off of the USB 3.0 spec. Another, perhaps bigger feature, of USB Type-C is the fact that it is reversible. With Micro USB, cables can only be plugged in one way. However with USB Type-C it can go either way, making things much easier for the user. We began seeing USB Type-C coming out in products in 2015. With the OnePlus 2, Google Nexus 5X, Google Nexus 6P, Google Chromebook Pixel, Google Pixel C and the Apple Macbook (as well as a few devices in China, like the ZUK Z1 and Meizu PRO 5). Just a handful of devices, and that likely means USB Type-C won't be going mainstream in 2016.

Aside from the availability of USB Type-C, a few other issues have risen in regards to it going mainstream. And that is the USB Type-C standard. Some devices, like the OnePlus 2 as well as the Google Nexus 5X and Nexus 6P, that feature USB Type-C do not feature the correct standard. USB Type-C is supposed to be using the USB 3.0. Which makes for faster data transfers as well as faster charging, however, many USB Type-C products available right now do not use USB 3.0, and thus are not exactly "future proof". In fact, if you look at the USB Type-C port used on the OnePlus 2, it's specs are different from the ones used in the Nexus 5X, Nexus 6P and Pixel C. This makes it so that your OnePlus Type-C cable will not work completely with your Nexus 6P, due to the specs being different, and largely due to Google adding quick charge into their Type-C ports which the OnePlus 2 does not use.

Not to mention the fact that not all USB Type-C cables that are available, are spec compliant. Many are spec compliant, but not all. This has led to a Google Engineer, Benson Leung, to begin testing out the many USB Type-C cables available on Amazon and seeing which are spec compliant and which are not. USB Type-C cables must have a 56kÎ© resistor, which will keep your phone or tablet from overcharging, or charging at dangerous levels. We've all heard of the smartphones that have caught on fire from being charged. So when looking at USB Type-C chargers, cables, power banks and others, be sure to check the specs of it. This way you will have a spec compliant product. That's another major issue for USB Type-C, is that many aren't sticking to the specs, and in turn are harming their customers devices that they are trying to charge. It has been getting better over the past few months, but there is still a long way to go. 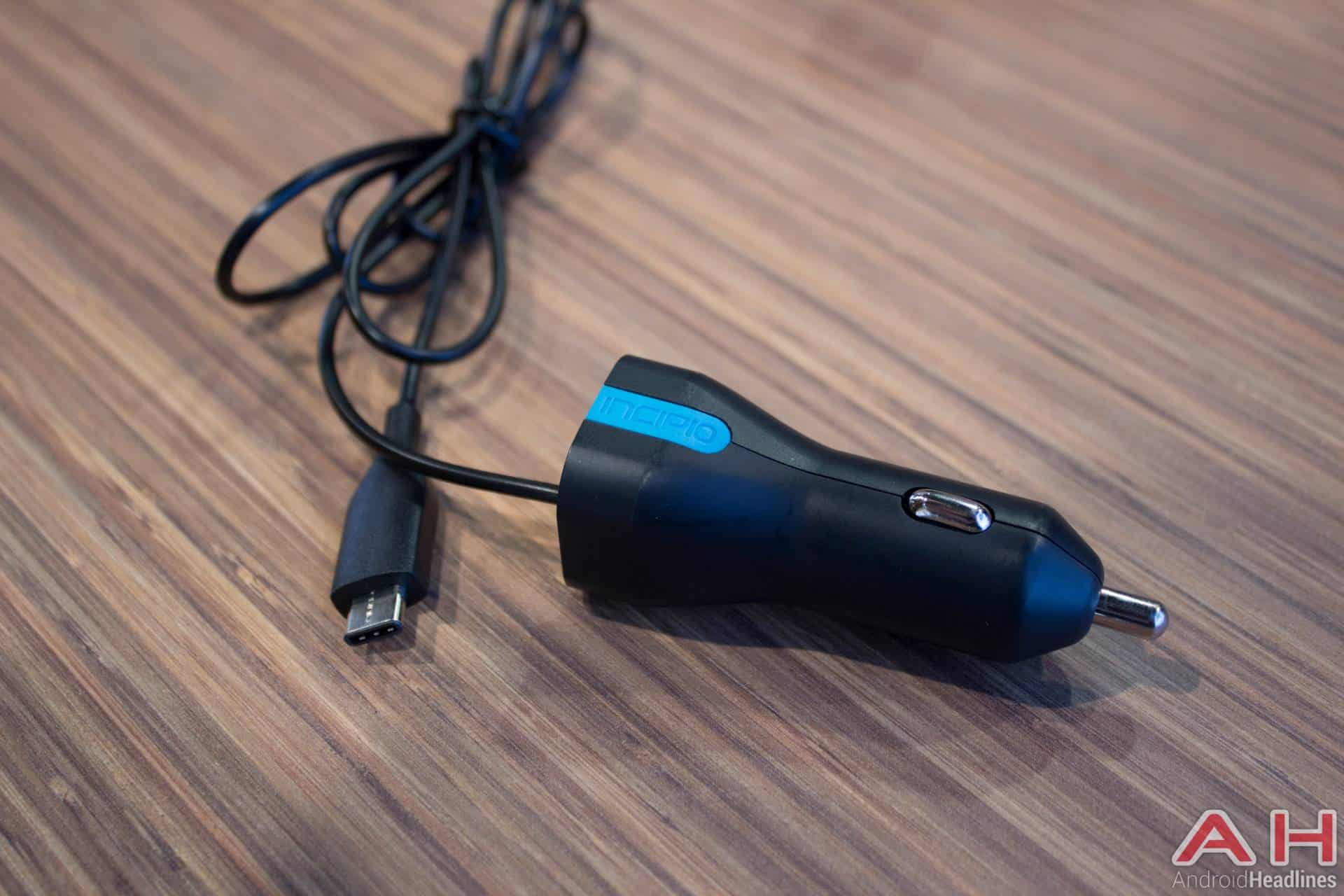 At CES last week in Las Vegas, we saw a number of USB Type-C products announced from Incipio, ASUS and Acer. Including a few USB Type-C monitors, some docks, power banks and even car chargers. These are all great accessories, and ones that will definitely be used in the next few months. However, the adoption of USB Type-C is going to take a bit longer. As many companies seemingly have not jumped onto the USB Type-C bandwagon just yet. Adoption needs to come from both accessory makers and smartphone makers, and both haven't shown a whole lot of interest just yet. There weren't many smartphones announced at CES 2016 this month, and none of them feature USB Type-C. Even Huawei, who worked with Google on the Nexus 6P, isn't putting USB Type-C in their smartphones just yet. Take a look at the Huawei Mate 8 and the Honor 5X, neither of which use USB Type-C.

Switching standards is something that's going to take some time, and cost consumers quite a bit of cash. Many of us likely have micro USB accessories everywhere around the house and our office. Whether they are car chargers, power banks, Bluetooth Speakers, or anything else, having to replace all of that isn't going to be cheap. Luckily, there are some USB Type-A to USB Type-C cables available, as well as adapters for micro USB cables that can turn them into USB Type-C cables pretty quickly. And they work fantastic. Apple users went through the same thing when they jumped over to Lightning ports a few years ago. It'll be a slow, but gradual move over to USB Type-C, and 2016 won't be the year that we see everyone jumping on that bandwagon. 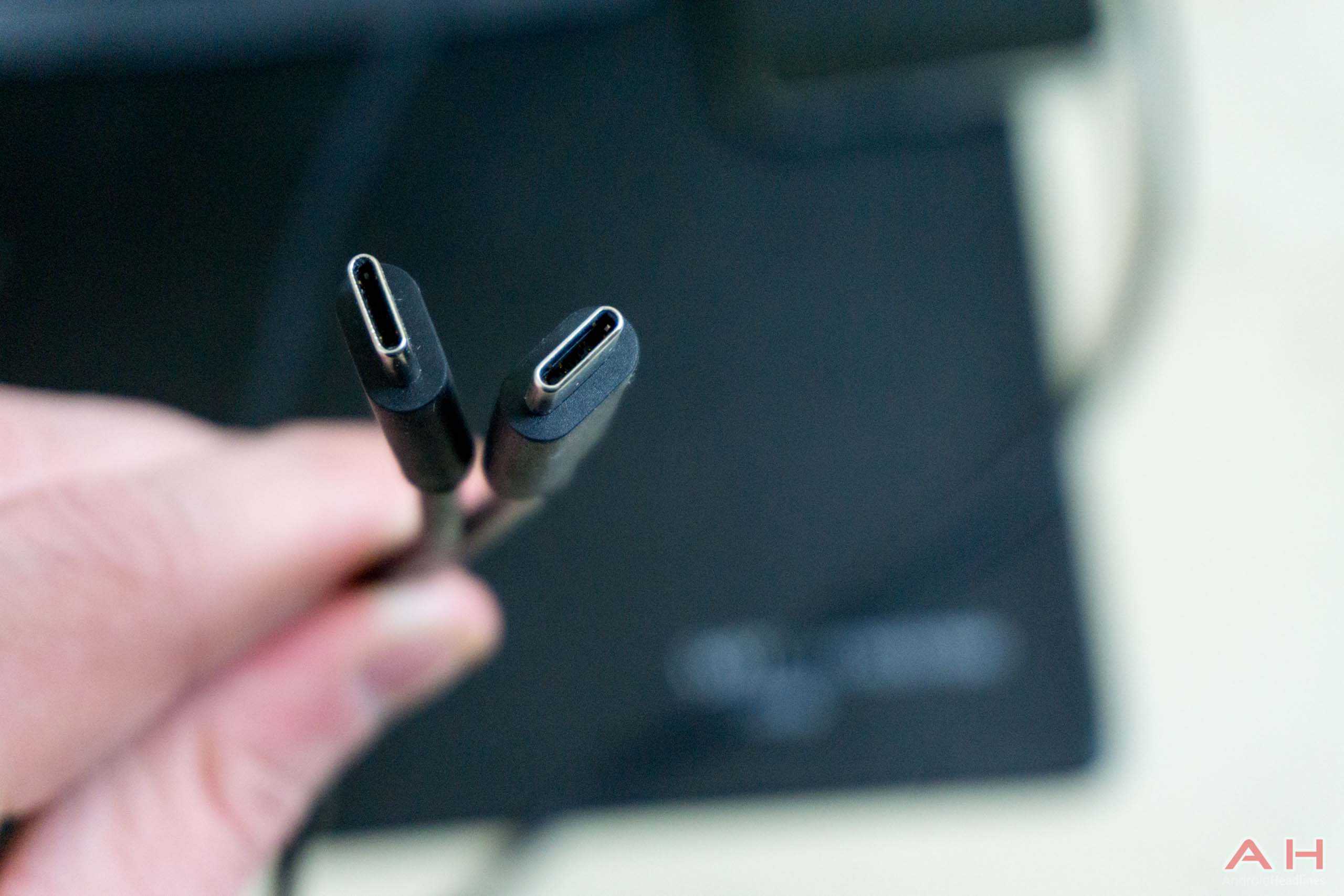 In 2016, we will continue to see USB Type-C in more and more devices. Just don't expect to see it in every single flagship smartphone announced this year. We'll likely see it in the OnePlus 3 as well as the new Nexus devices (whether they stick with two, or go back to one), and a few others. We will also continue to see more accessories announced from more companies that will support USB Type-C, including Aukey, Tronsmart, Anker, and many others. In fact, Anker has informed us that we will see more USB Type-C products from them in 2016, as well as more Quick Charge 3.0. Currently, Anker just has cables available, which we are all going to need, but we are expecting more from them, including power banks, hubs, and even dual-port USB Type-C chargers, which we have yet to see from any manufacturer just yet. So we'll see more adoption of USB Type-C in 2016, but by no means is 2016 the "year of USB Type-C". We'll continue to inch closer and closer though, but I don't think we'll see mainstream adoption of USB Type-C for at least two years. And that's just due to how slow it's going to be to switch everything on over to USB Type-C. Not just smartphones and tablets, but laptops, speakers, cameras and much more.

When USB Type-C began being put into devices in 2015, like the Google Chromebook Pixel and the Apple Macbook, many people were excited. After all USB Type-C is the future, and seeing it already begin to get a little bit of adoption is fantastic. To get everyone to switch over to USB Type-C though is going to take time. It's not going to happen overnight, and it's not going to happen in 2016, unfortunately. I will be willing to bet we'll see many more gadgets coming out with USB Type-C ports, however not 100% of the gadgets announced in 2016 will feature USB Type-C. In fact, none of the smartphones announced at CES last week in Las Vegas featured USB Type-C. All of them featured Micro USB. Which isn't a bad thing, but it just shows that we are still quite a ways out from seeing USB Type-C everywhere. Luckily, this appears to be a standard that more companies are adopting and will stick with. Unlike the USB 3.0 that Samsung adopted in the Galaxy Note 3, and swapped back to micro USB for the Galaxy Note 4 the following year. USB Type-C adoption is a beautiful thing, especially when it comes to our laptops. Using the same port, you are able to charge your laptop, plug it into a monitor, plug in your keyboard or mouse and even give it internet connectivity. The great thing about having two USB Type-C ports – one on either side – is that you can charge the battery from either side of the laptop, like with the Chromebook Pixel. It's a great thing, and we can't wait to see it more widely available.