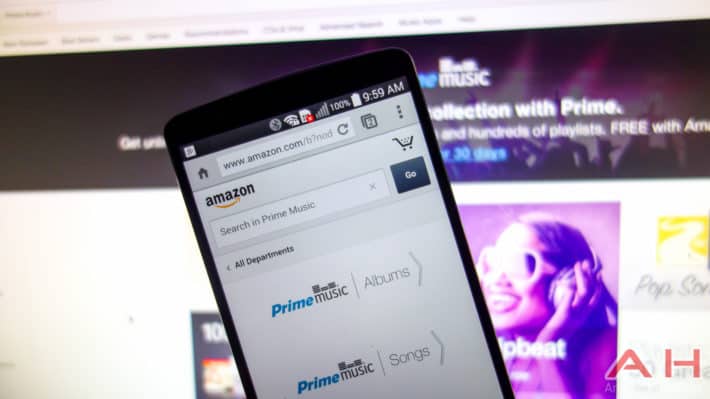 Amazon has managed to get a hand into an insane amount of industries related to their core businesses, being shopping and content delivery. To name a few, they've gotten into chipmaking, drones and tablets, all somehow bolstering their core businesses while expanding their market presence. It stands to reason, then, that there would be a huge push to get consumers on Amazon Prime, the premium subscription for their core services that provides perks such as free expedited shipping and a wide array of exclusive, cheaper items and a large video library for customers to enjoy. Between pushing hard for Prime membership on their Fire series of devices and promoting the relatively affordable service aggressively, they've managed to achieve an extremely high number of subscribers and phenomenal growth.

According to a new report by Consumer Intelligence Research Partners, Amazon Prime membership in the United States is over 54 million, with a staggering 35 percent subscriber growth in 2015. These numbers translate to 47 percent of Amazon's total customer base. To boot, these Prime members are each spending an average of $1,100 per year, which beats the average non-member by $500. This means that most of Amazon Prime's members are loyal shoppers on Amazon and send a lot of profit the company's way. An interesting related fact is that most of the signups came during the Holiday season, meaning that Holiday gifts may well be driving Prime membership. Amazon's own creation, Prime Day, made to commemorate Amazon's 20th birthday, likely also helps to drive subscription through promotion.

This growth rate, while quite large, is dwarfed by last year's showing of 54 percent growth. In all likelihood, this means that the service is beginning to reach maturity, meaning that customer retention is of the utmost importance. This is where Prime's various side perks come in. While most customers sign up for the free two day shipping and other shopping perks because they shop heavily on Amazon to begin with, many also make use of Amazon's free offerings that come with a subscription, ranging from free music and movies to their Amazon Prime Instant Video service, a robust Netflix and Hulu competitor. At this rate, Amazon Prime's growth is projected to continue slowing, but with such a high number of subscribers already, that will be unlikely to present much of a challenge to Amazon and their Prime service.