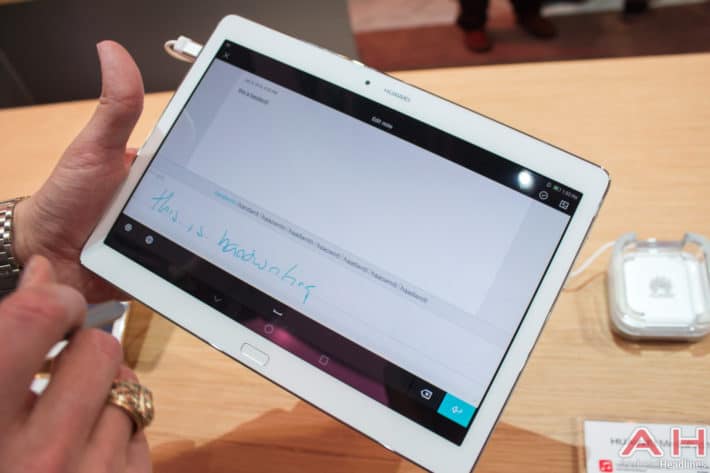 Huawei had plenty to say during the Consumer Electronics Show (CES) in Las Vegas earlier this month. This China-based company has introduced a couple of their already released devices to the general public, like their Mate 8 flagship phablet which was announced in China at the end of last year. Along with re-announcing devices, Huawei has also introduced some new products, like the MediaPad M2 10.0 tablet we're here to talk about.

The 10-inch variant of MediaPad M2 tablet was announced at CES, and Huawei has now re-announced it in China basically. The company has unveiled this tablet in China in four variants, and there are a total of two colors available, Silver and Gold. Huawei has introduced two 16GB and two 32GB internal storage variants in China. The 16GB Wi-Fi only model will set you back 2,288 Yuan ($347) in China, while the 4G LTE variant costs 2,688 ($408). The 64GB Wi-Fi and 4G LTE variants, on the other hand, cost 2,888 Yuan ($440) and 3,288 Yuan ($500), respectively. Now, keep in mind that the 16GB models are available in Silver color options only, while the 64GB models come in Gold. That being said, let's take a look at the specs of these devices, shall we.

The MediaPad M2 10.0 features a 10.1-inch 1920 x 1200 IPS LCD display along with 2 / 3GB of RAM and 16 / 64GB of internal storage. The tablet is fueled by the Kirin 930 octa-core SoC along with a Mali-T628 MP4 GPU for graphics. The 13-megapixel snapper can be found on the back of this tablet, and a 5-megapixel shooter is available up front. The 6,660mAh non-removable battery is also a part of this package, and the device will ship with Android 5.1 Lollipop pre-installed, along with Huawei's EMUI (Emotion UI) 3.1 which will be available on top of Google's operating system. The MediaPad M2 10.0 also offers a fingerprint scanner which is built into the home button, and the premium edition chips with a stylus as well. The device measures 239.8 x 172.8 x 7.4mm, while it weighs 500 grams. For those of you who live in China and are interested, this tablet will be available for purchase starting January 15th.