Skip to content
Trusted By Millions
Independent, Expert Android News You Can Trust, Since 2010
Publishing More Android Than Anyone Else
39
Today
148
This Week
238
This Month
8376
This Year
125853
All Time 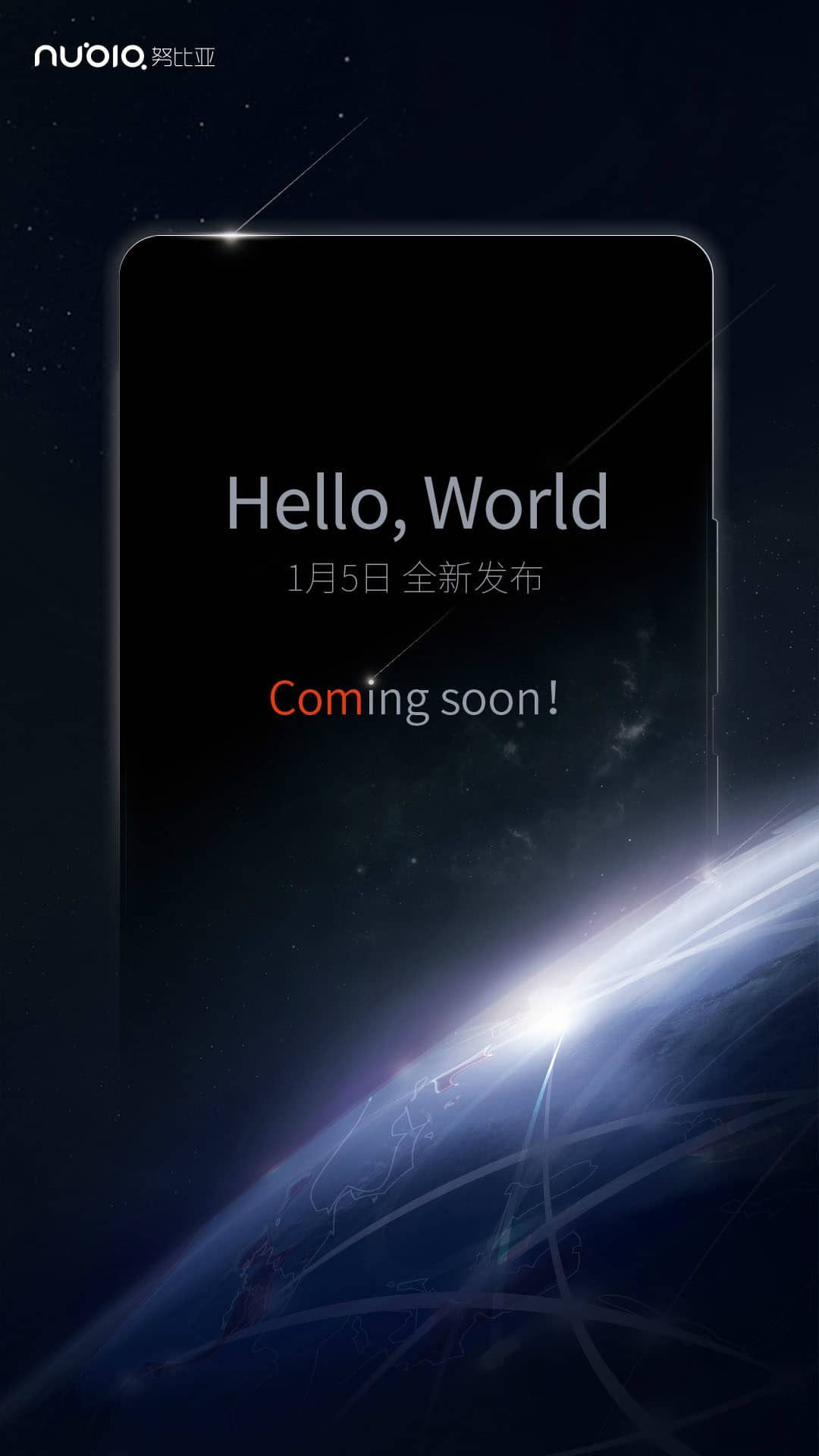 On ZTE’s official Nubia Weibo account, a new teaser for a phone has been revealed with what looks to be a launch date set for January 5th. Mainly when a company reveals some sort of teaser it means they have a big product on the way. Unfortunately since this is a teaser, there is little information to firmly suggest what may come to light from ZTE’s Nubia brand. As far as speculation goes, one highly rumored option is that the device in mind will be the Nubia Z11, which will be their next flagship device.

The rumor mill has been churning for a while about this phone and there are even the specs to prove it. The first rumor which came through is that the Z11 will have a bezel-less curved screen. Next up, was the rumor that a standard 5.2-inch display with a Quad HD resolution will be present. Its also speculated that the rear camera will be a 20.7-megapixel camera with a dual-tone LED flash. Hovering around to the front of the phone it’s been rumored that the front camera will be a 13-megapixel offering. The beefy hardware doesn’t stop there, the Z11 will supposedly come with 4GB of RAM and 128GB of native storage. If 4GB of RAM doesn’t convince you that this device will be snappy, the device is said to be coming equipped with Qualcomm’s Snapdragon 820 processor. Following up with the hardware, the Z11 will have an all metal build and come with a fingerprint scanner on the back.

The Z11 sounds like it will be a killer phone and more will probably come to light if and when the company launches the website for the Nubia brand. It’s been reported that ZTE purchased the domain nubia.com. The domain wasn’t cheap either, with ZTE reported to have spent $2 million on it. This price alone lets us know that ZTE will seriously push their Nubia brand to new heights. As for right now, the most important information available is the event that will take place January 5th. So it would be suggested to mark your calendars if you’re anxious to see what ZTE will unveil for their Nubia brand that day.