YU is an India-based smartphone manufacturing company owned by Micromax. This is a rather young company which has released 4 devices thus far, a really compelling handsets though. All 4 of these phones are either entry-level or mid-range, but are quite capable and quite affordable. Unfortunately, YU sells their devices in India only for now, but who knows what will happen in the future. Anyhow, the company has been teasing the arrival of a new device, the company’s first flagship. The launch event was scheduled for today, and at the time of writing this article, the event was still in full motion. That being said, YU has launched the high-end Yutopia smartphone, let’s see what it has to offer, shall we.

The YU Yutopia sports a 5.2-inch QHD (2560 x 1440, 565ppi) OGS display with Corning’s Gorilla Glass 4 on top. The phone also packs 4GB of LPDDR4 RAM and 32GB of internal storage (expandable up to 128GB via a microSD card). Qualcomm’s Snapdragon 810 64-bit octa-core processor running at 2.0GHz fuels this smartphone along with an Adreno 430 GPU for graphics. The 21-megapixel camera (Sony’s IMX230 sensor, PDAF, OIS, 77.3-degree wide-angle lens) is located on the back of this smartphone, and an 8-megapixel shooter (OmniVision’s OV8865 sensor, f/2.2 aperture, wide-angle lens) can be found up front. The 3,000mAh battery is also a part of this package, and Qualcomm’s Quick Charge 2.0 is also included here (0-60% in 30 minutes). Android 5.1.1 Lollipop comes pre-installed here with the Cyanogen OS 12.1 available on top of it, and Andriod 6.0 Marshmallow (with Cyanogen OS 13) is coming soon.

It is also worth mentioning that the Yutopia offers two SIM card slots and 4G LTE connectivity. Those of you who require solid audio output in your devices, you’re in luck, the Yutopia sports Hi-Fi sound powered by DTS and Smart PA TFA9887 chip. The Tri-Mic technology is also present here, and will provide great noise cancellation according to YU. On top of all of this, the Yutopia also sport a fingerprint scanner on the back. YU’s newest flagship is made out of metal, and it measures 147 x 73 x 7.2mm, while it weighs 159 grams. The device will be available exclusively through Amazon India for Rs. 24,999 ($376) starting today at 2PM (local time), though keep in mind that the stocks are limited. Interesting enough, YU will bundle House of Marley’s earphones along with the Yutopia, while they’ll also include a screen guard and a protective case. YU will start shipping this handset to users who purchased it starting from December 26th. 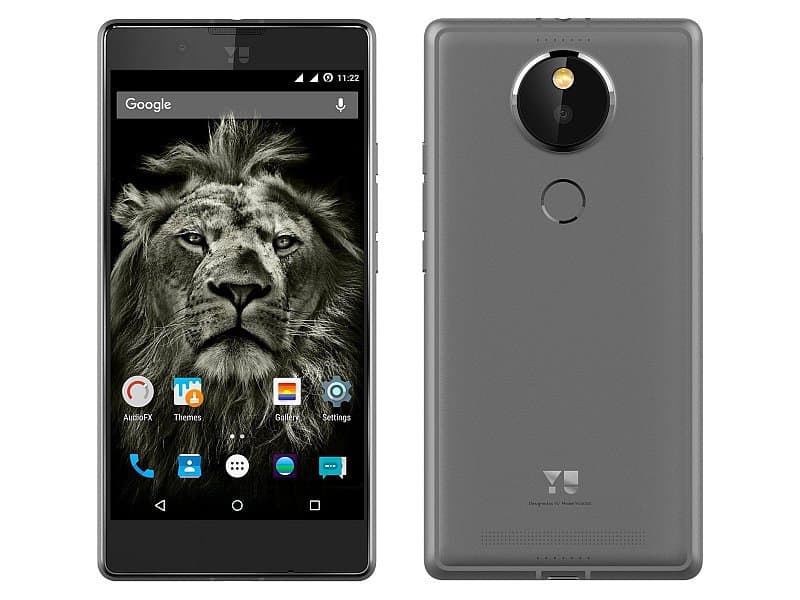