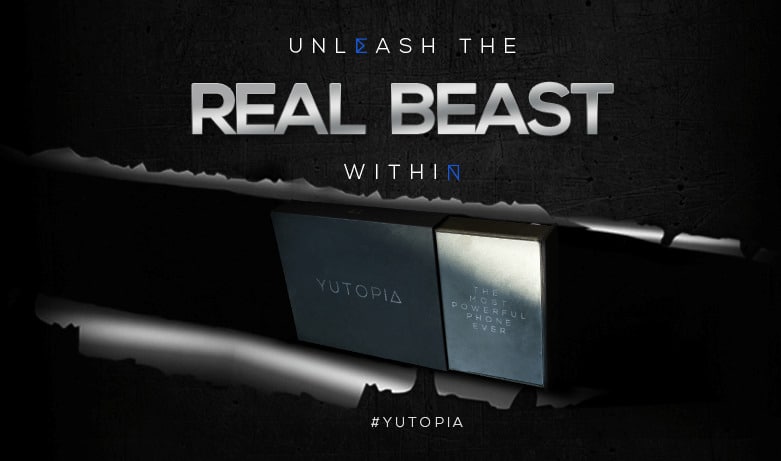 YU is one of the most intriguing India-based smartphone manufacturers these days. This Micromax-owned company has released four smartphones thus far, and each of those devices is really affordable, and yet really capable. They're selling quite well in India, and it will be interesting to see if YU intends to open up to international market next year. Anyhow, all of the devices YU has released thus far are either entry-level or mid-range, but the company's flagship is coming. YU's CEO has confirmed that it will be named YU Yutopia, and it was supposed to launch on December 7th, but it seems like YU has decided to postpone its launch a bit, read on.

The company's CEO has actually tweeted the following: "Hold your excitement, as we plan to announce something special with YUTOPIA. The most powerful phone now launches on 17th Dec". So, it seems like YU moved Yutopia's launch to December 17th, and we'll get to see another piece of hardware announced alongside this smartphone. That second device might be the reason Yutopia's launch has been delayed, but what could it be? Will it be an another smartphone, or an accessory perhaps? A smartwatch might be an option, but that's somewhat unlikely. We'll leave it up to you to guess what they'll announce, but one thing is for sure, Yutopia is arriving on December 17th, so mark the date in your calendars if you're interested.

Now, according to leaked benchmark listings, the YU Yutopia will sport a 5.2-inch QHD (2560 x 1440) display, along with 3/4GB of RAM and 32GB of internal storage. The device will be fueled by the Snapdragon 810 64-bit octa-core SoC along with an Adreno 430 GPU for graphics. The 21-megapixel shooter will be located on the back of this device, and an 8-megapixel snapper will be available up front. The device will offer 4G LTE connectivity, and Android 5.1.1 Lollipop will come pre-installed here with Cyanogen OS 12.1 available on top of Google's OS. This handset will almost certainly going to be made out of metal, and you can expect it to be rather affordable, especially considering what it has to offer in terms of specs.