Social networking site Twitter is reportedly sending e-mails to some of its users, warning them of probable state-sponsored cyber attacks against them, which might leave their accounts with the microblogging platform, compromised. According to the report, the social network is advising various news organizations and NGOs that they may be the targets of hackers backed by nation states, who might look to steal their potentially private information including telephone numbers, e-mail IDs and IP addresses. The website however, says that it has no proof to substantiate any of its concerns at this point in time, nor does it have any reason to believe that the accounts of these ‘potential targets’ have already been compromised.

Coming to the source of this report, a Canadian non-profit organization called Coldhak (@coldhakca) was apparently one of those groups that got an e-mailed notification from the social networking site, saying they might have already been targeted  by “state-sponsored actors”. According to a tweet by the NGO, “We received a warning from @twitter today stating we may be targeted by state-sponsored actors”. Coldhak also tweeted a screenshot of what is said to be the email that was supposedly send to them by Twitter. Apart from including the aforementioned warning about state-sponsored hacking attempts, the text also includes information about how to protect one’s identity online with the help of anonymizing services like Tor. The e-mail also includes a link to an article on the website of the non-profit Electronic Frontier Foundation that describes how to protect oneself on social networks.

Over the past few years, news about state-sponsored hacking and cyber warfare have been making waves, with countries like China, Iran and North Korea often getting blamed in the media for carrying out such attacks on government websites especially. In 2012, Google send out messages saying that it has stumbled onto information regarding an attack that “strongly suggests the involvement of states or groups that are state-sponsored”. Backers of Syrian Leader Mr. Bashar Al-Assad has come up with a full-fledged cyber-army, who call themselves the Syrian Electronic Army, which has claimed responsibility for attacks on the social media accounts of organizations like the Onion, Associated Press, NPR, CBS, the Guardian and the BBC. Last year, cyber criminals said to be backed by the North Korean regime was also blamed for an attack on Sony, which resulted in a massive security breach that leaked closed to 100 TB of personal information on the net. All, because a Sony Pictures film called ‘The Interview’ had parodied the reticent and reclusive dictator of the country, Mr. Kim Jong-un. 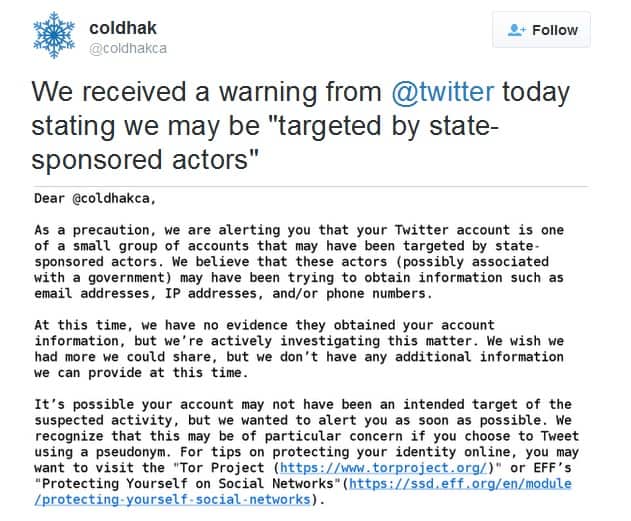