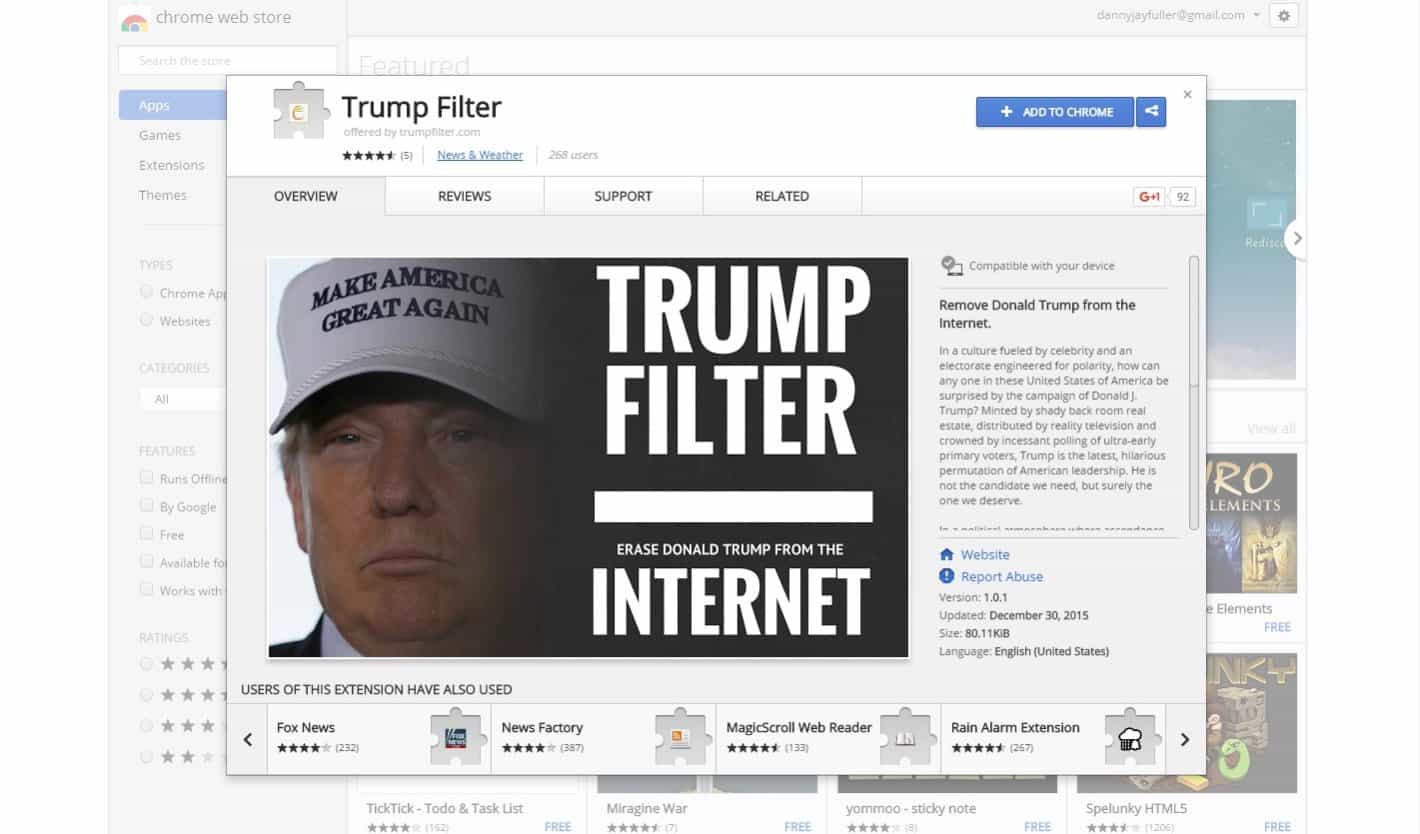 Are you sick of hearing about America's current Republican party leader and former reality TV star Donald Trump? You're probably not alone. At the very least, a "punk rock technologist" by the name of Rob Spectre shares your ire. With elections right around the corner, stories about the entrepreneur gone politician flood every news outlet and clutter up Facebook and Twitter feeds far and wide. Even in the furthest reaches of the internet, escaping The Don is no easy task with things such as "Can't Stump The Trump" plastered as far down the internet ladder as 4chan and its derivative websites such as 9gag and Know Your Meme. If you're ready to cure your Chrome browser of Trump Fever, Rob Spectre has an extension for you.

Available on the Chrome Web Store, the Trump Filter blocks any and all references to Donald Trump by scanning your web traffic before you see it. References to Trump appear to the user simply as blank space. According to the extension's official website, the extension does not track your browsing. It does keep track of how many references to Trump it manages to block in total, but those are anonymized and only kept in number with no accompanying data such as date and time encountered or the page it was found on. The website also states, sadly, that the extension cannot block Trump from your TV viewing. Presumably, this applies to smart TVs or TVs with Chromebits and Chromecasts lodged in them as well.

As Rob Spectre is an advocate of open source software, Trump Filter is itself open source, with a code repository up on GitHub for any interested parties to view and contribute their own code to. The extension is free to download and does not show any ads, meaning Spectre makes no money off of his creation. He mentions this on the website as well, in the FAQ section. Spectre, ever the patriot and philanthropist, even goes on to say "No, nor was I put up to this by the Republican or Democratic Parties, the Obama Administration, my mother or any other possible sphere of influence. I am doing this out of a profound sense of annoyance and patriotic duty."