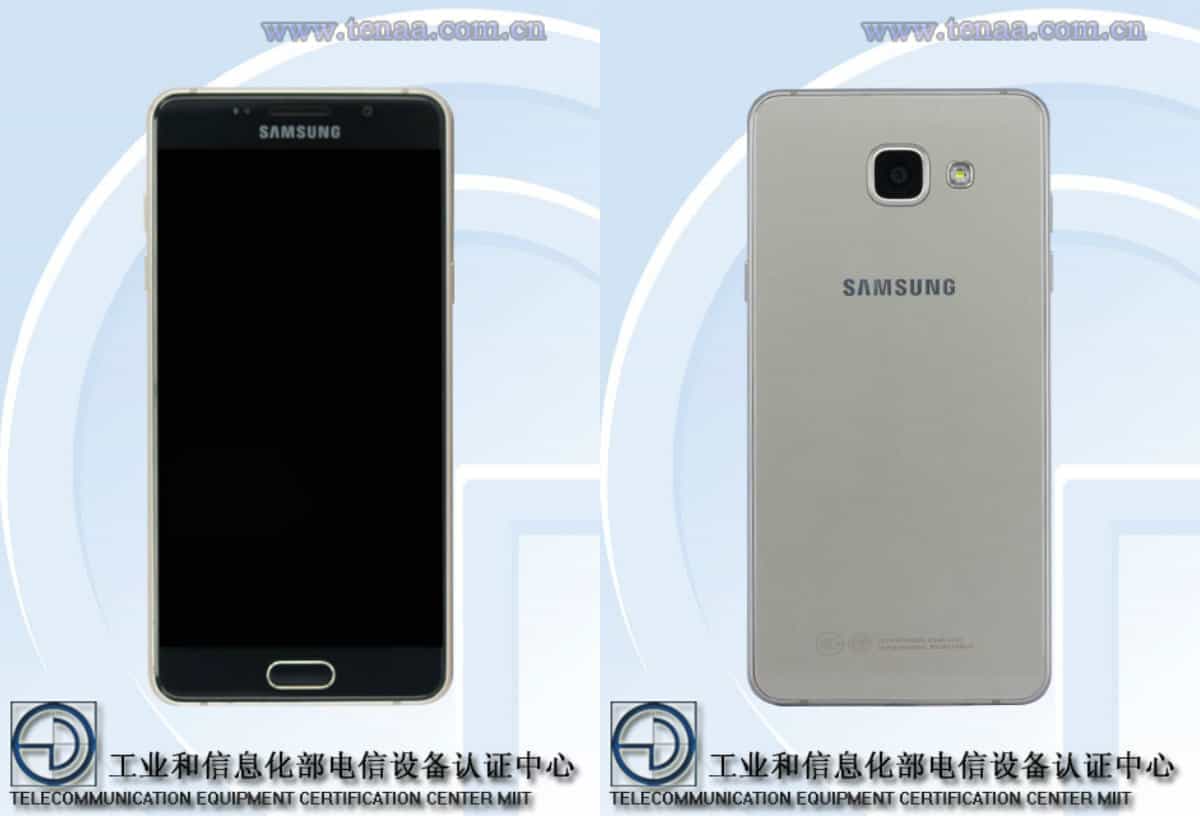 The Galaxy A5 is one of the 'Galaxy A' smartphones Samsung has released thus far, and is joined by the Galaxy A3, Galaxy A7 and Galaxy A8 which have been released either last, or this year. That being said, the Galaxy A3, A5 and A7 successors are on the way. These three handsets have been popping up all over the place for weeks now. They've surfaced in a number of benchmark listing, and have also been spotted in various other listings, on Zauba, for example. That being said, the Galaxy A5 has now been certified in China as well, read on.

The 2nd-gen Galaxy A5 handset has popped up on TENAA, China's equivalent to the FCC. This listing not only reveals the design of this handset, but also its specifications. The device will feature a 5.2-inch 1080p (1920 x 1080) AMOLED display with Corning's Gorilla Glass on top of it. This device will be fueled by the Exynos-branded octa-core SoC clocked at 1.7GHz, the listing doesn't reveal the exact model of this chip though. The 13-megapixel shooter will be available on the back of this phone, and a 5-megapixel snapper will be located on its front side. The device also packs in 2GB of RAM and 16GB of internal storage (expandable up to 128GB via a microSD card). Android 5.1.1 Lollipop comes pre-installed here with Samsung's TouchWiz UI on top of it. Now, this handset will almost certainly get the Android 6.0 Marshmallow update at some point next year.

TENAA's listing reveals that this handset will be available in both Silver and Gold color options (though additional colors will probably be available as well), and the device will be 6.9mm thin, while it will weight 145 grams. If you take a look at the images down below, you'll notice that the Galaxy A5 resembles Samsung's previous device. This handset will be made out of metal, and its camera sensor will protrude on the back a little bit. The physical home button is present here, of course, and the phone's power / lock button is located on its right side along with the SIM card tray. The volume rocker is placed on the device's left-hand side, and this handset is expected to be announced in the coming weeks, stay tuned.