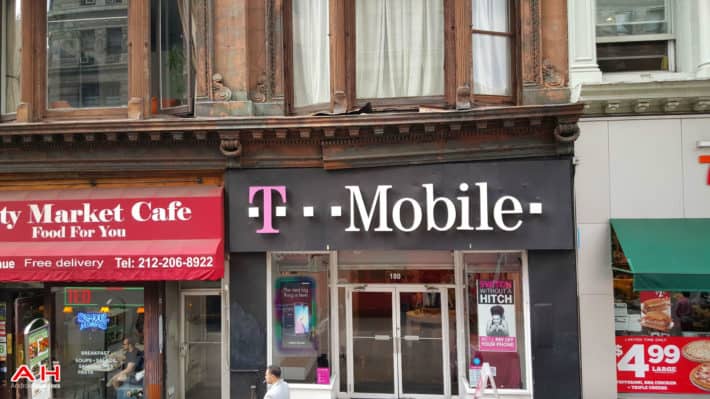 T-Mobile announced that they had some surprises for customers on each of the three competing carriers in the US, to get them to switch this holiday season. CEO, John Legere already has unwrapped gifts for AT&T and Sprint and today is Verizon's turn. Verizon customers who switch over to the Uncarrier will get a year of Hulu for free. Now this works for those that already subscribe, as you'll get a credit for 12 months of Hulu, that's worth $120 right there. On top of all the other incentives T-Mobile has right now for users to switch over to their network.

On top of that free year of Hulu, T-Mobile is also offering 50% off of Accessories when new customers sign up with EIP to buy one. This means you're financing these accessories. These include smartwatches, Bluetooth speakers and many other accessories. Anything over $100 can be financed, and Verizon customers can switch over and get them for half off. Which is great for those looking to pick up a new UE Boom Bluetooth Speaker, as you'll get it for $100 instead of $200.

"Verizon customers put up with a lot of sneaky tricks from Big Red these days. Overpriced data, shocking overage penalties and no early upgrade option – just to name a few," said John Legere, president and CEO of T-Mobile. "So while Verizon spends billions of dollars on TV ads screaming that 'better matters,' we are going to show their customers why the Un-carrier is better with a real gift, half-off the best accessories and a full year of Hulu that comes with unlimited LTE streaming with Binge On at T-Mobile!  It's a gift that will keep giving all year long!"

Customers switching over from Verizon can still have their ETF and device payments paid off by T-Mobile. That's up to $650 to switch over. Additionally, you also have Music Freedom so you can listen to music from over 30 different sources and it won't count against your data. There's also Binge On which plays right into their free year of Hulu that T-Mobile is giving them. Allowing them to Binge watch their favorite shows on Hulu without worrying about data usage. Not to mention the many other perks of being a T-Mobile customer like Data Stash, Unlimited global roaming and so much more. This latest Uncarrier Unwrapped gift is good starting tomorrow, December 11th through December 17th. So if you're a Verizon customer looking to jump ship, now's a great time to do so.