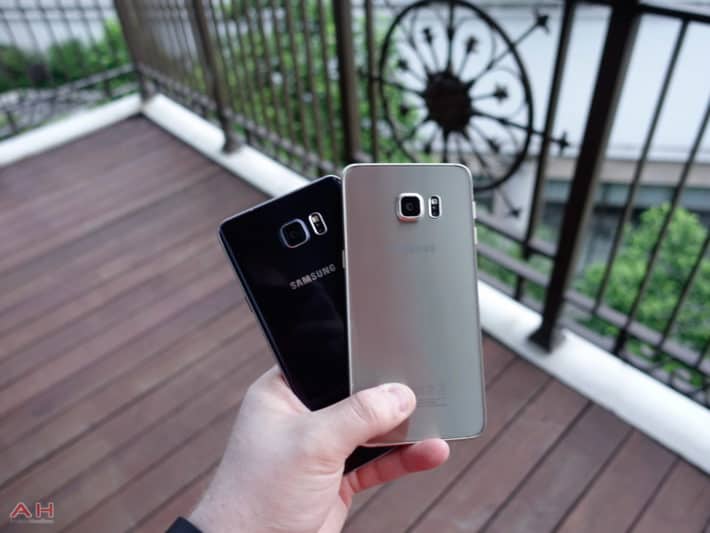 Samsung released some great phones this year, not only did they improved their design and build quality, but they include some of the most powerful specs out there. Samsung had a reputation of releasing flagship phones that looked quite dull, as they were built with plastic, but this year, the company used glass in the front and back and a metallic frame in the middle for all of their flagship phones, and now these phones are considered among the better-looking ones. The Exynos 7420 processor that powers up each of these phones got excellent results in benchmark tests and in real-life performance. The cameras integrated into Samsung's flagship lineup include technologies like OIS and fast autofocus, which produce pictures with lots of details and natural-looking colors.

While we might see new flagship phones from Samsung announced in a couple of months, the 2015 flagships will probably still be quite powerful. For those considering buying a Galaxy S6, Galaxy S6 Edge, Galaxy S6 Edge+ and Galaxy Note 5, T-Mobile has a new deal for the holiday season. The carrier will discount $100 from either of these phones and it will include a full year of Netflix subscription. The offer will be available starting this Friday, December 18th in T-Mobile stores, by phone and online. Users can take $100 off from these phones until December 23rd while the free Netflix subscription will be available through December 31st. Users will be provided with a code for their Netflix subscription from Samsung Promotions and the code can be used until 3/31/16.

T-Mobile has been releasing promotions this holiday season every week as part of the Un-carrier Unwrapped program, so this new deal is their latest offering from the same program. Users can also get a chance to try T-Mobile's Binge On video streaming service, which won't eat up any data from what's included in most of their plans. Watching a whole season of House of Cards can take up to 9.59 GB of data and plans from other companies don't usually include as much data, so users might end up paying a lot more when using video streaming services.