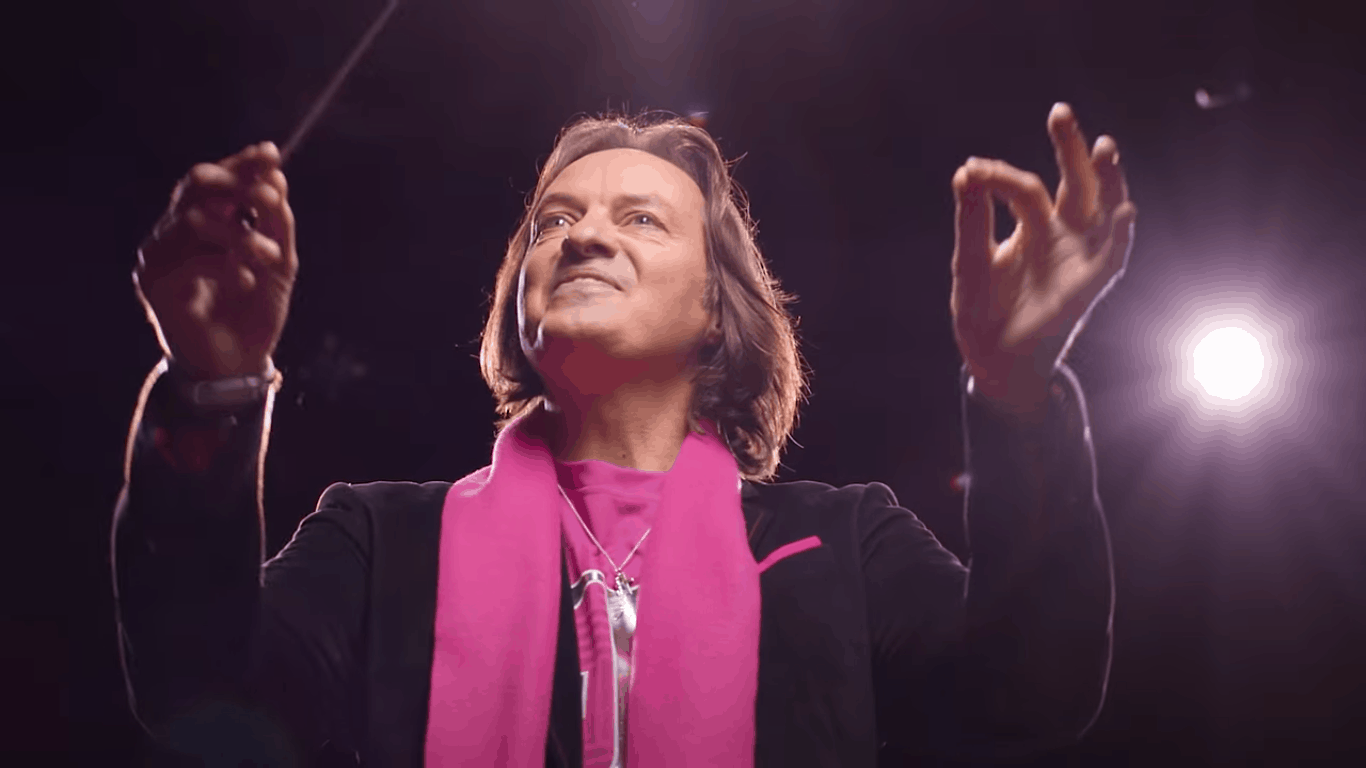 Over the past few days, T-Mobile has announced some special gifts they have lined up for their customers. The Un-carrier started off the holiday season by announcing three months of Unlimited LTE to its Simple Choice customers. Moving on from this, Sprint customers also received a $200 per line once they switched to the network. The third announcement they made was for AT&T customers who were entitled to a phone memory upgrade as well as a 50% discount on accessories once they decide to switch before Sunday, December 13. Most recently, T-Mobile announced that they will be giving Verizon customers up to a year’s access to Hulu once they join the service. How cool is that?

But while it seems like T-Mobile is finished with its holiday gift-giving, it made sure to save the best for last. Today, the Un-carrier posted a video of their CEO John Legere leading a group of Magenta singers through a medley of classical Christmas songs such as Jingle Bells, Santa Claus Is Coming To Town, Little Drummer Boy, and Deck The Halls. To make things pretty interesting, some of the lyrics of these songs have been changed to take a shot at the other major US carriers. In the first song, Sprint is pointed out for “copying all the way.” In another line of the song, the choir calls out Verizon for smelling and offering a video service which “laid an egg.” And finally, AT&T is referenced in a line as the Death Star. While the choir went on to bash services and prices offered by these three carriers, it made sure to speak only of good things about T-Mobile. It’s pretty hilarious–the lyrics are perfectly written, the choir sounds really well together, and everything just looks well made.

In addition to this Un-carrier Holidays jingle, Legere also announced that they will be hosting a 10-day Un-carrier contest. By joining, you could be one of the winners of some goodies such as a new smartphone, smartwatch, charger, Bluetooth speaker, or even a VR headset. To join, you simply have to share the holiday video and include the #10DaysUncarrierContest hashtag. The contest runs from December 14 to December 23. Now that’s a Happy Holiday greeting from T-Mobile!