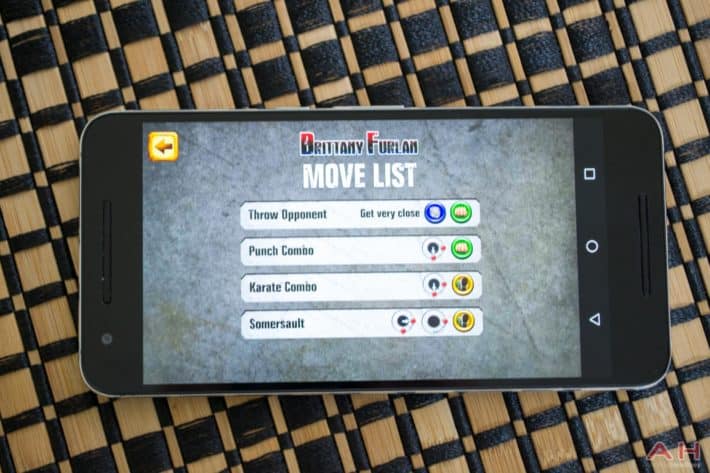 We've all seen Celebrity Death Match right? Well now there's a game that is a spin off of that popular TV series, and adds in some street fighter death match fun into the mix. It's Celebrity Street Fight. It's a pretty fun game, and one that can become very addicting. In this game, you'll be fighting alongside your favorite celebrities, and able to fulfill your destiny at the same time. Think about it, you get the chance to beat up your favorite YouTuber's, Twitter and Vine stars with all sorts of weapons, and you won't end up going to jail over it. How much better can it get?

Basically, you're going to be fighting your opponents to get your fame. These opponents can be pretty much anyone, YouTubers, Celebrities and more. You'll be focusing on breaking down your rivals, so you can rise to social stardom. Then you can worry about breaking the internet. You can learn special attacks which will earn you bronze, silver and gold belts, which will help boost your fame. There are also new social media stars, weapons, and moves added each and every month. To help keep you on your game and keep your fame that you've earned.

Celebrity Street Fight is a great game to play, it's simple but loads of fun, not to mention it's extremely addicting. It's also a great time waster for those times you're stuck in a doctor's office, or waiting to pick someone up and need something to waste time while you wait. Internet isn't needed, but it does add to the ability to play the game and rise to social stardom. Celebrity Street Fight is a freemium game, meaning that it is free to play but there are in-app purchases. Luckily the in-app purchases only range from $0.99 to $4.99, much lower than some of the other games available right now. It is also compatible with Android 2.3.3 and above, which means the majority of Android users will be able to play Celebrity Street Fight without any issues. Additionally, it's compatible with both smartphones and tablets.