Follow the Line EX is a fun and simple arcade game for Android that asks users to follow the line with their finger, timing their speed and movements to avoid obstacles while also avoiding the walls of each track in order to stay in one piece. It features a number of different upgrades that allow for added shields and such that keep the game feeling fresh and help out players that might find things a little difficult at first. Let’s take a closer look and see what Follow the Line EX has to offer.

To start playing, players just need to download Follow the Line EX from the Play Store and then just drag to play. 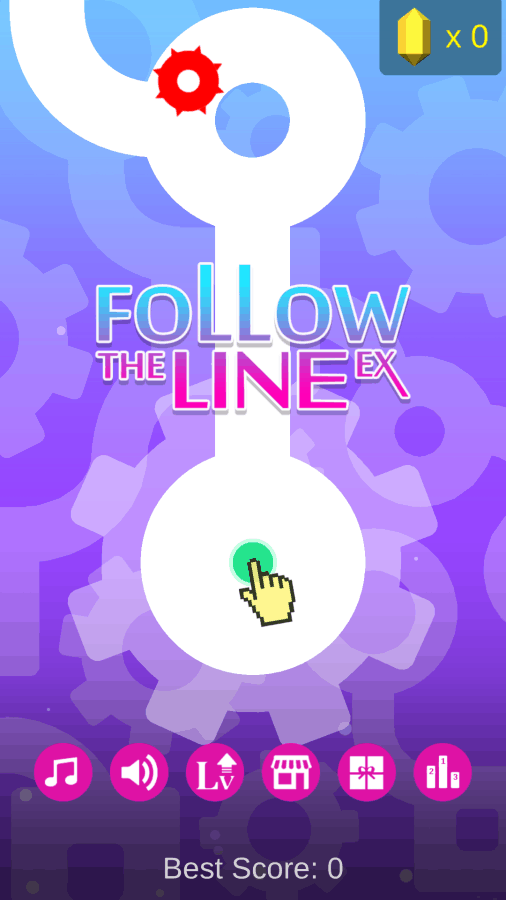 Right from the get-go I was finding the game really quite difficult, and I was getting some pretty disappointing scores at first. 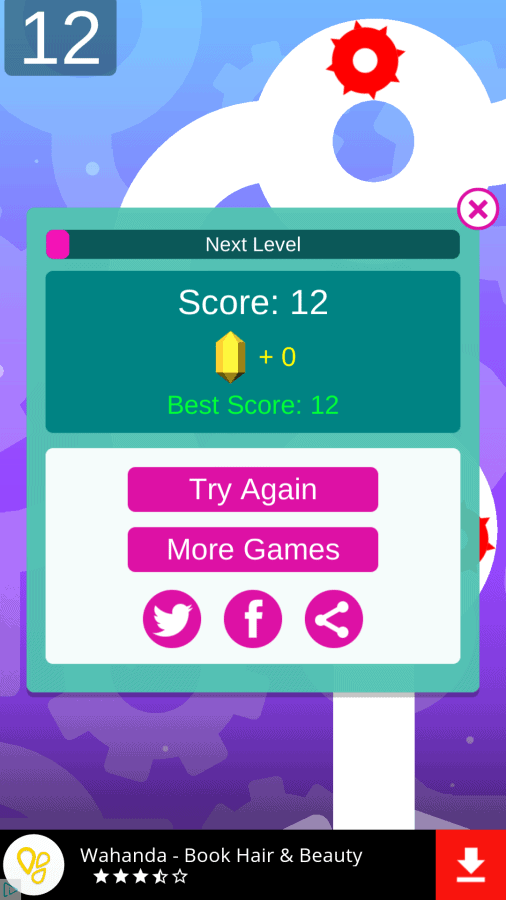 Of course, I stuck with the game and ended up getting some better scores a little later on, but I did find the game difficult, mostly because the camera is moving too fast.

There are some great-looking levels to explore in Follow the Line EX though, and many of them well worth sticking with the game to see. 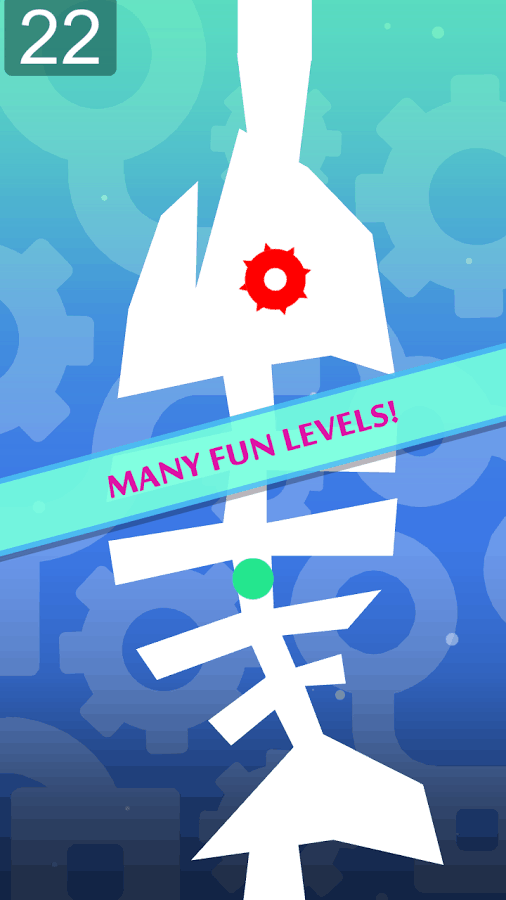 Avoiding obstacles and beware of moving platforms are pretty much the main aim of the game, but this is a lot more difficult than you’d at first imagine. 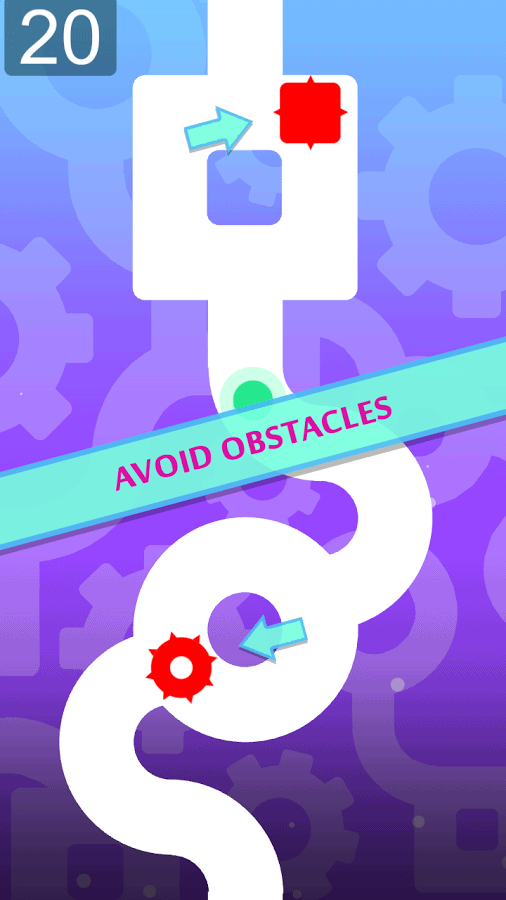 What helps to set Follow the Line EX apart from the rest is that players can collect gold gems and then trade them in for upgrades: 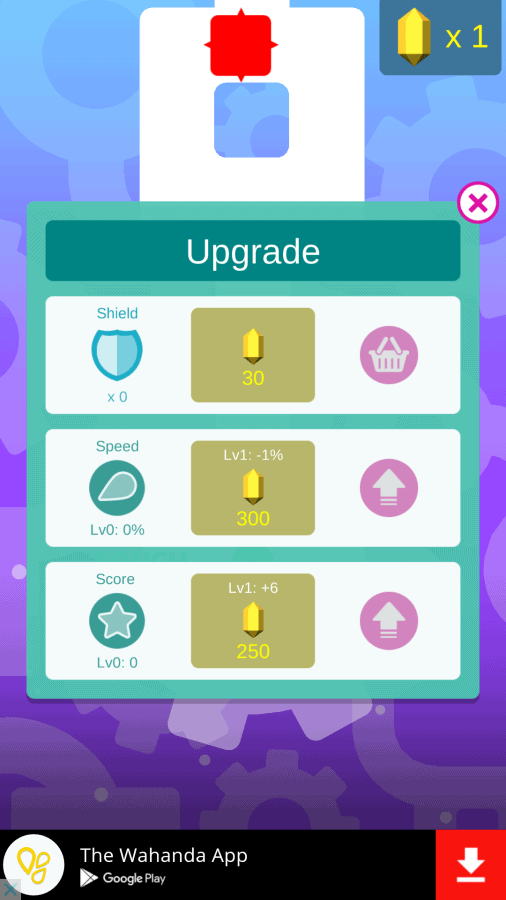 This is a nice feature and it helps players to keep trying for an easier time later on as well as the ability to get even higher scores. There’s a way of leveling these features up if you don’t want to keep on playing the game without them as well as an option to remove ads. 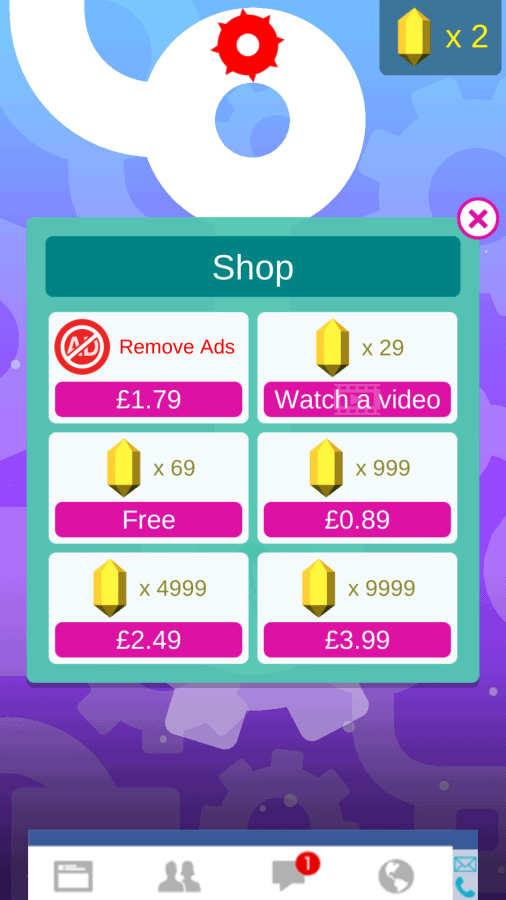 A nice touch here is the Daily Bonus feature, which spurs players on by rewarding them a good deal of gems if they manage to reach a certain score. The bar is set rather high however… 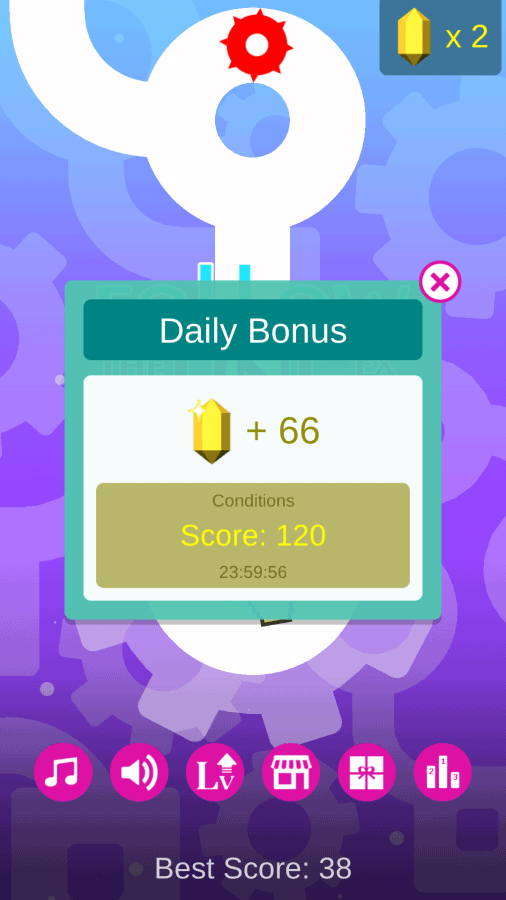 I have to say that after having spent some time with Follow the Line EX, I think I have met my match and I am struggling to get higher scores than this: 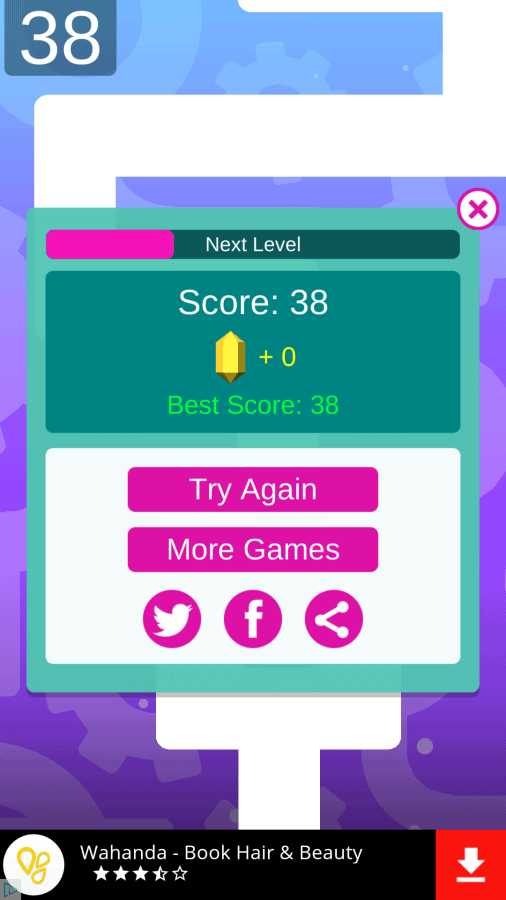 Of course, with some practice, and perhaps some upgrades, I would no doubt be a lot better at this sort of thing, but for now I find it a little too difficult.

Follow the Line EX is an interesting game, and it’s certainly something suited to those that enjoy a little punishment when playing an arcade game on Android. With some of the more difficult controls I have come across in some time, this poses a genuine challenge for me, and it’s something I wish I was better at, as the overall gameplay is quite good fun. Overall though, there’s a lot to love about the game, and it’s definitely a proper challenge and is very addictive. The inclusion of daily bonuses as well as upgrade paths helps to keep the game fresh and I can see a lot of players coming back time and time again to play Follow the Line EX.

All-in-all, Follow the Line EX is yet another fun, simple game from the developers at Xllusion and while this one might not be for everyone, it’s a nice challenge and has a lot going for it, that’s for certain. Daily bonuses and the upgrades keep the fun coming for a long time to come.