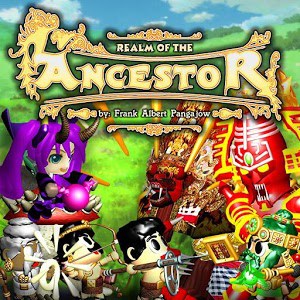 Ancestor Realm is an Android game that puts players in control of a fallen nation in need of rebuilding elsewhere after having lost a grand battle against a competing nation. Ancestor Realm features elements of city building games as well as strategy games that employ supernatural creatures and elements to help your nation stay strong in the face of many dangers. Players must create a strong society that can provide for itself as well as repel strong opposing forces. Ancestor Realm features mini-games and more to help spice things up, and there are Dynasty Warriors style battles for players to charge through as well and there are hundreds of different buildings and units to use as well. With Ancestor Realm HD, players can compete against other as well as it's a totally multiplayer game.

Just like other games on Android, players can simply download Ancestor Realm from the Play Store for free. There is also a version for devices that might not be able to handle the HD version available here. 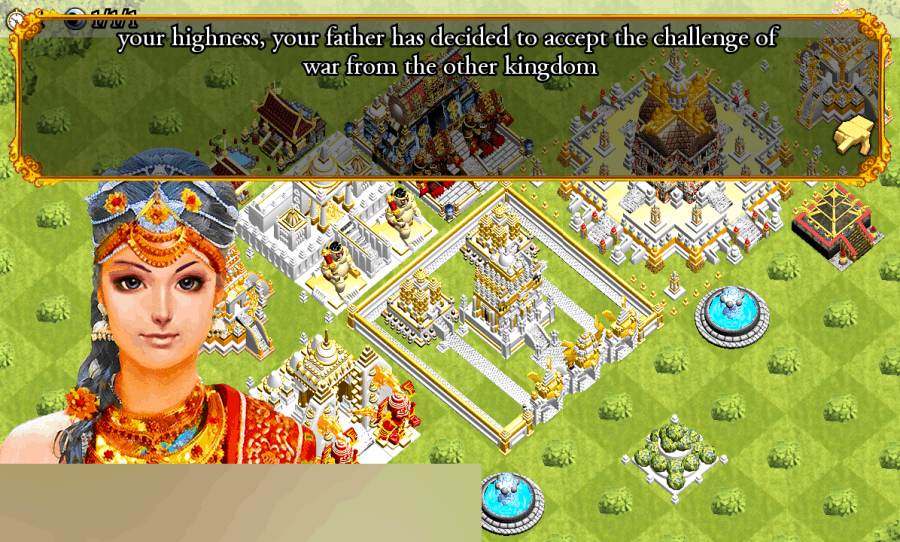 Players are introduced to the game with the news that the kingdom is going to war, which then results in an interesting cutscene of a battle unfolding, one that doesn't actually introduce users to the gameplay, but rather just has them sit back and watch. 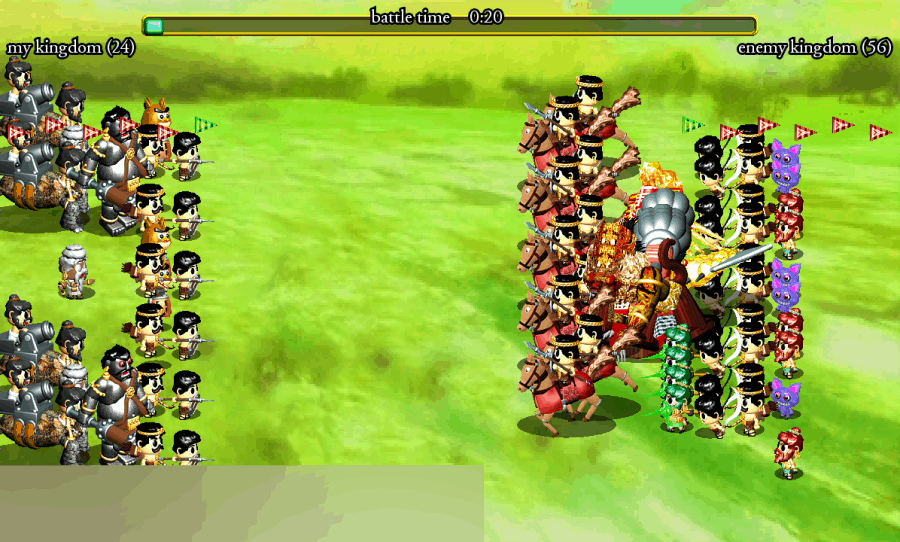 After your Kingdom has been destroyed by the opposing nation, you'll be asked to rebuild and find a new place for the remaining member of your fallen nation to inhabit, which is essentially when your game will begin. 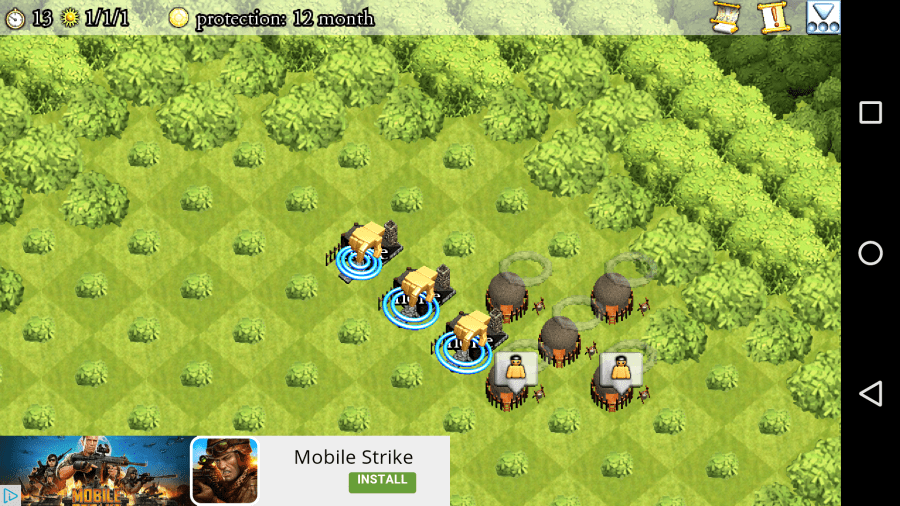 You start off small when getting first started, and the game will give you pointers and a little info on how to play the game as you get started. 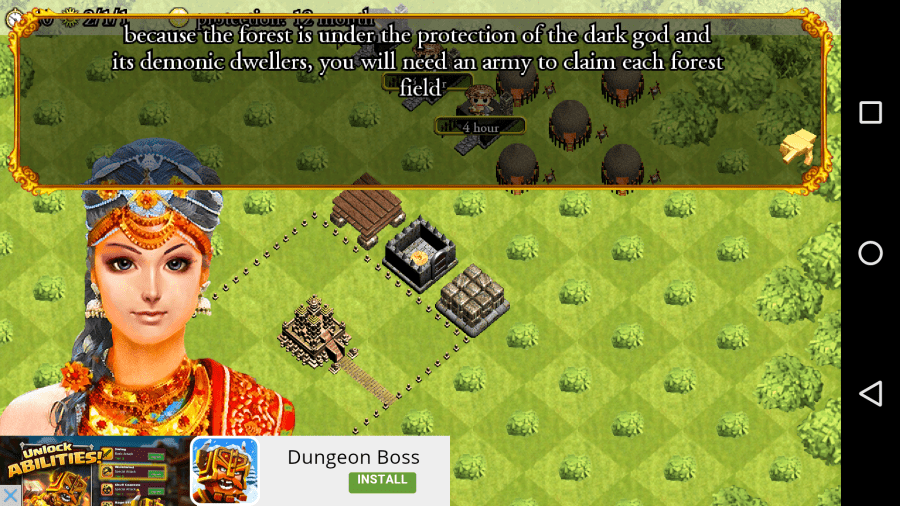 Over time however, your nation will start to grow, and you'll have more resources to play with, as well as more building to manage, too. 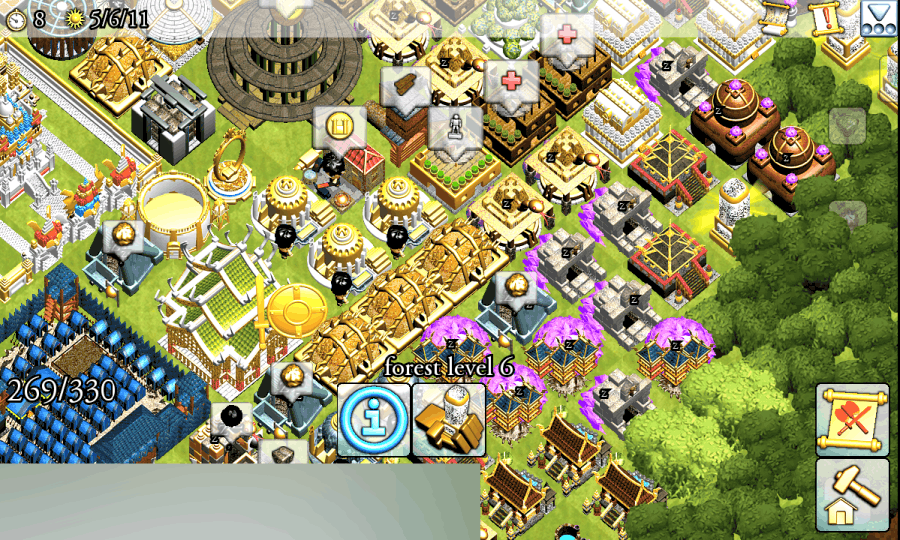 Once the protection starts to fad off however, you will have to face your enemies in battle, something that might be a little difficult for some. You need to setup a sort of formation as well, before you go into battle. 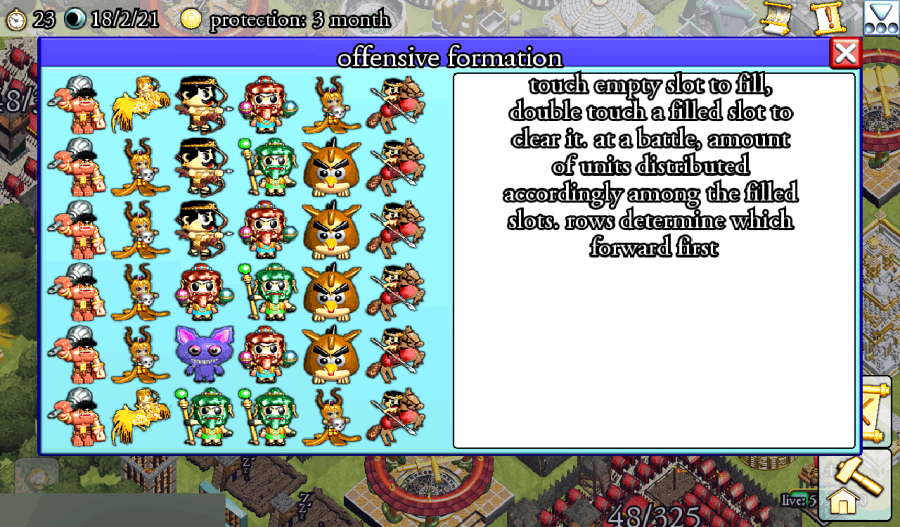 You do the same for your defensive formation, and when you have everything decided, you'll end up going into battle and watching things unfold. 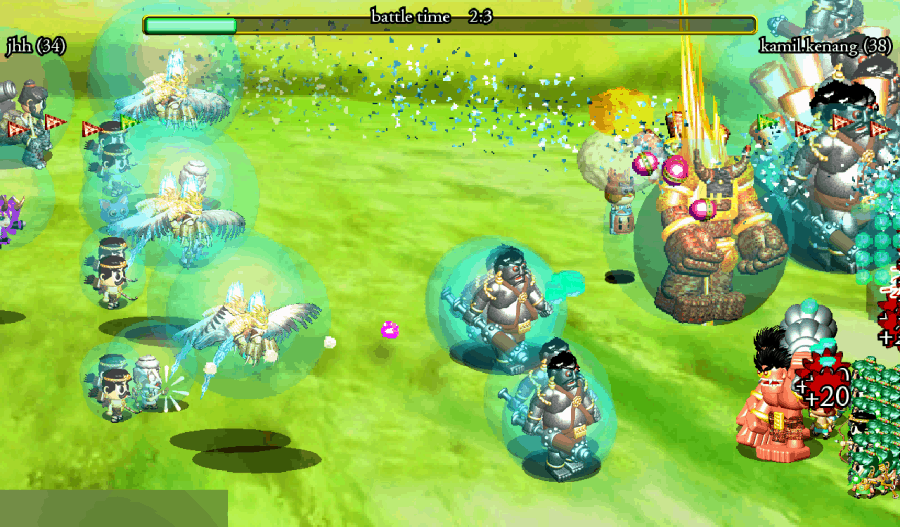 As you win battles, and further to build up your new Kingdom, you will end up with a sprawling metropolis to manage, all stylized in an Oriental look and feel, which is a nice change of pace from similar games. This is also a multiplayer game as it is ultimately a game which players can compete against other players instead of single player only gameplay. 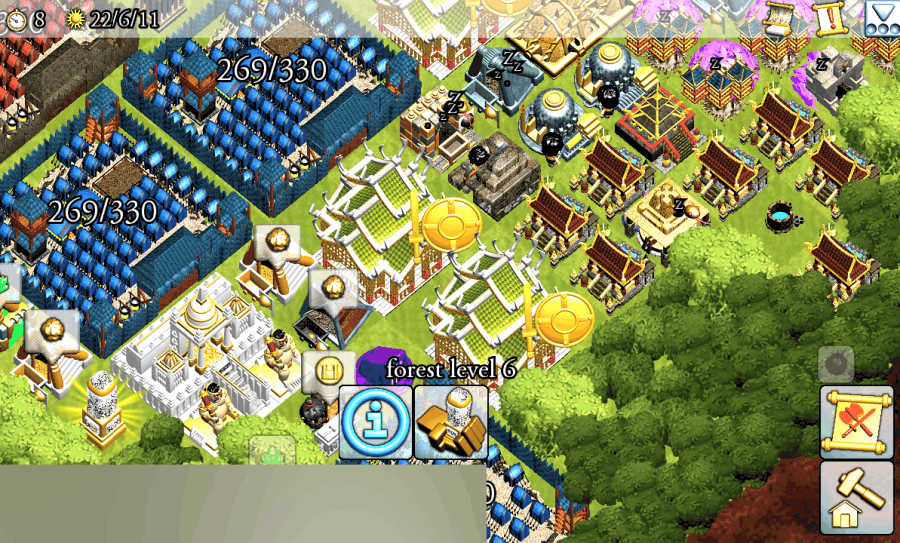 Mini-games are on hand to help improve certain aspects of your Kingdom, and they certainly help to spice things up when you've been playing for a long time. 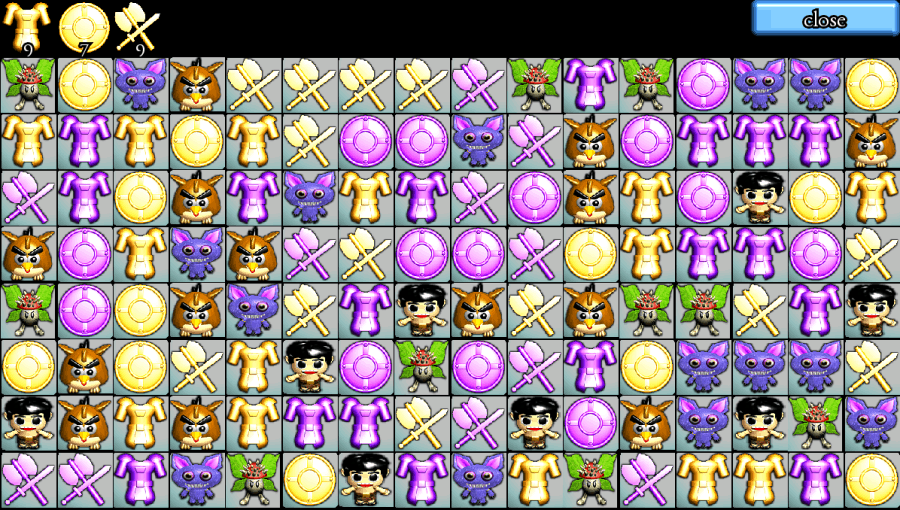 In Ancestor Realm, there's some serious city-building mechanics to the overall game, and at any time you can take a look at your resources and such, too. 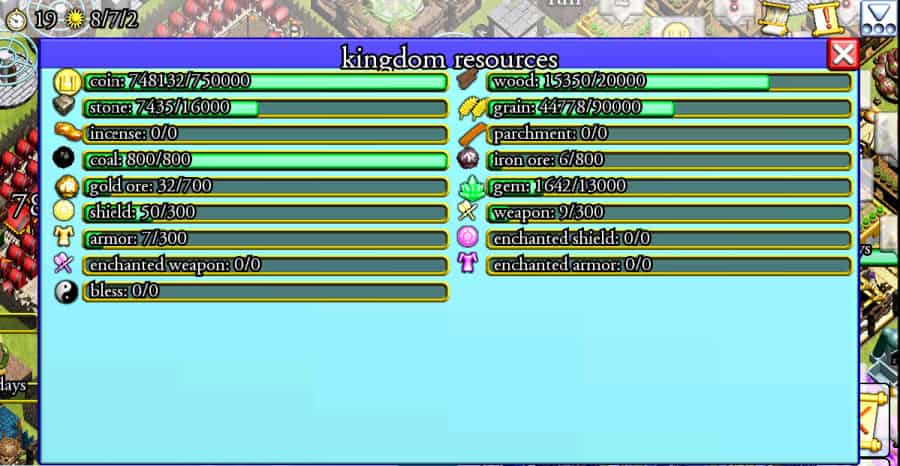 The one thing that city building fans might grow a little wary of is that when you get a larger city, there can be a lot of pop-ups and maintenance to deal with in your town. 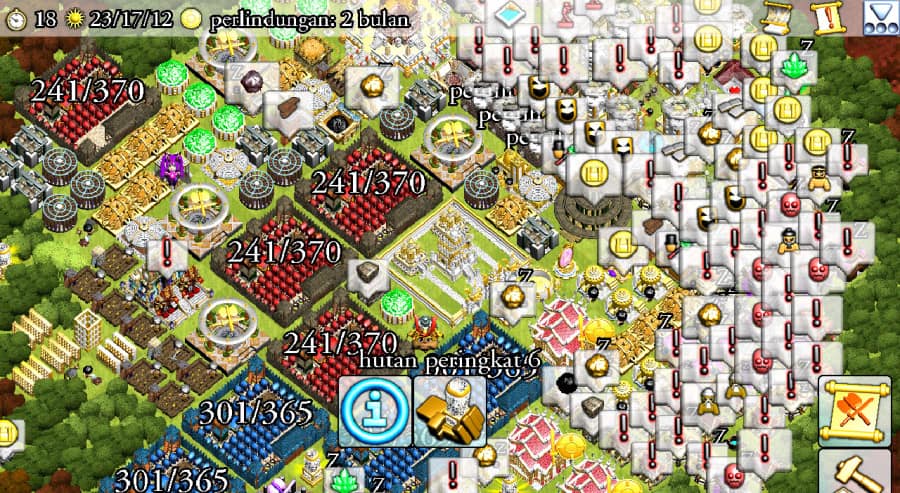 Having spent some time with Ancestor Realm, I have to say that while I can see what the developer was going for, but the execution isn't all there. There are so many different buildings, population units, military units and so on to work with and the designs of the buildings look great. However, the text is far from HD, despite the game's title, and the overall presentation – especially in the battle scenes – leaves a lot to be desired, sadly. The battle scenes themselves feature some questionable aesthetics, and it's not always clear what's going on. The management of resources and the overall pattern that's followed in order to create different units and such is one that I can get onboard with though, and city building fans that want a little combat in their games will certainly have something to look forward to here.

Ancestor Realm HD is a game that might not appeal to casual gamers, but those looking for a different sort of strategy game and a different city-building game will definitely find a lot to love here. There are some interesting new themes here as well as some fun mini-games for players to complete in order to further things along, and all-in-all this is a game that has a lot of content on offer but just needs a little more presentation.