As per reports doing the rounds of the Taiwanese media, Sony will launch a pink color option for its premium Xperia Z5 smartphone, in late January. While the media in Taiwan may not be saying so at the moment, Sony may eventually decide to launch the pink edition of the phone globally as well, or at least in select overseas markets, depending on how it’s received in the island nation, where the gadget will be put up for sale in time for Chinese New Year (February 8th this time around) and Valentine’s Day (February 14th).

Sony of course, has a history of introducing new color options just in time for the Chinese New Year. This year itself, the company had introduced a purple version of the Xperia Z3 in Hong Kong and Taiwan in late January, which is about the same time this rumored pink Z5 is believed to hit the market. The device of course, was also launched in the UK later on, so sections of the media are expecting the multinational giant to follow the same course of action this time around as well. As to when the latest version will actually be unveiled for the media and customers to get a look at, it might well be at the upcoming CES 2016 trade show to be held at Las Vegas, Nevada, but there’s no confirmation of that for the time being.

If and when the device actually launches as expected, it won’t be the first time that the company has launched one of its premium handsets in pink. The Xperia P and the Z1 Compact have both had their pink avatars, while the Z5 Compact – which we reviewed here – and the M4 Aqua mid-rangers also come in ‘coral’, so the company has a history of playing with colors compared to some of the more staid options available from most other vendors. Although, when it comes to experimenting with colors, no mainstream OEM can hold a candle to Nokia, seeing as the Finnish company was known for launching its devices in a whole host of bright and joyful shades of neon. Either way, it remains to be seen if Sony eventually decides to bring the pink version of the Xperia Z5 to markets outside of Taiwan, and if so, when? 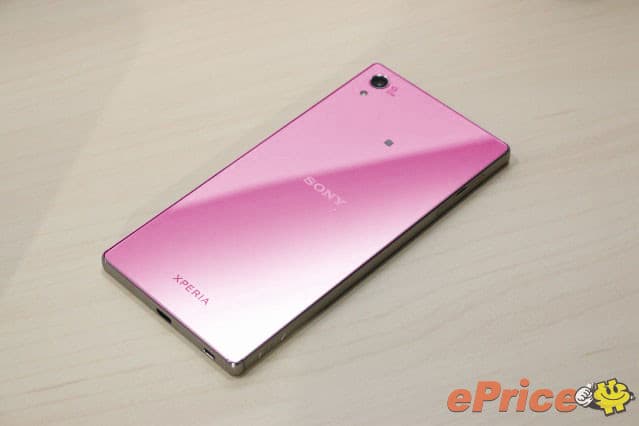