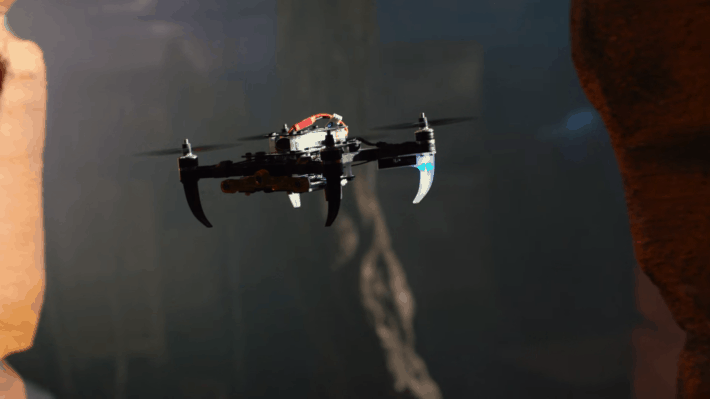 While Qualcomm processors can be found powering up most Android smartphones and tablets, in August, we heard that the company wanted to integrate their processors into drones. This made sense as the company would not build their own drone, they would sell companies their processors to equip them because they already integrate imaging capabilities, GPS and connectivity options which otherwise would require all of these components by separate. By integrating their processor, the company believes that drones could become more affordable soon. They named this platform Snapdragon Flight and they have created a video showing off some of the capabilities that drones would get if they are equipped with their products.

The Snapdragon Flight chipset measures 58 x 40 mm and it is powered by the still capable Snapdragon 801 processor. This could make drones lightweight and more compact than current offerings, plus, it should provide better battery management. The platform also supports real-time flight control with Qualcomm Hexagon DSP, Bluetooth connectivity, Global Satellite Navigation Service for a more accurate positioning. On the imaging side, 4K video is supported and it could be improved with the video processing stability, downward facing cameras could assist drones for a more stable landing.

The video, which looks like a futuristic action movie trailer, is titled "Elements of Autonomous Navigation" and we can see a drone prototype being controlled with a quite simplistic interface. They start by showing the 4K capable camera, the down-facing tracking camera and the stereo cameras, these cameras let the drone get visual-inertial odometry, which should provide better positioning of the drone. They are also capable of recognizing obstacles in order to avoid them and set the motion planning for the safest path between two points. We then get to see the drone landing at a different point and it will return automatically thanks to the autonomous path planning. There's also a demo of how the stereo cameras recognize depth and the distance of certain objects. We finally see the drone land on the point where it first took off and we get to hear the tagline "Qualcomm Snapdragon Flight: The platform for the future of drones". We will surely find out more about  this platform at CES 2016.