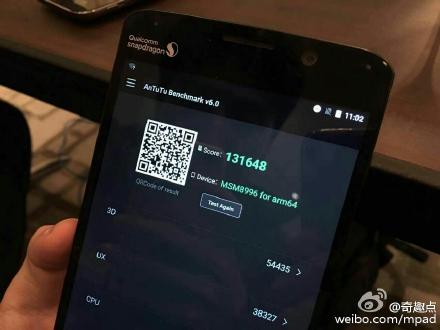 Qualcomm has unveiled the company's new flagship mobile processor, the Snapdragon 820, a while back. the SoC is still not available for OEMs, but will be in early 2016, quite probably as soon as January. That being said Qualcomm has announced the Snapdragon 820 in China as well today, and along with that we now have access to both AnTuTu and Geekbench benchmarking results of Qualcomm's new SoC. The Snapdragon 820 did exceptionally good in both benchmarks, as expected, so let's see what's what, shall we.

The US-based company has actually brought along a number of prototype demo phones which were equipped with the Snapdragon 820, 3GB of RAM and a QHD display. The company has also put a 21-megapixel snapper in there, and has built-in their ultrasonic fingerprint scanner, which is interesting. On top of all of this, Android 6.0 Marshmallow has been pre-installed on the prototype device. This handset has actually managed to score 131.648 points in AnTuTu benchmark, which basically crushes the results of every other mobile chip out there.

That's not all though, Geekbench benchmark app has also been fired up on this device, and the results are also great. The Snapdragon 820 scored 2,320 points in a single-core test, and 5,396 in a multi-core benchmark. Now, Huawei's recently announced Kirin 950 actually managed to score 1,871 points in a single-core, and 6,383 in a multi-core test. By the looks of it, Snapdragon 820 will be an extremely powerful chip, as Qualcomm is trying to make up for the errors they made with the Snapdragon 810. As you all probably know, the Snapdragon 810 actually had heating issues, and even though Qualcomm tried to remedy that during the year but releasing new versions of the SoC, the damage was there already.

The Snapdragon 820 will be available in early next year, and a number of smartphone manufacturers have already teased Snapdragon 820-powered devices. No question this will be one of the most used flagship SoC next year, well, quite probably the most used one. We do hope that Qualcomm didn't make similar mistakes this time around, because this chip really does look really promising on paper. 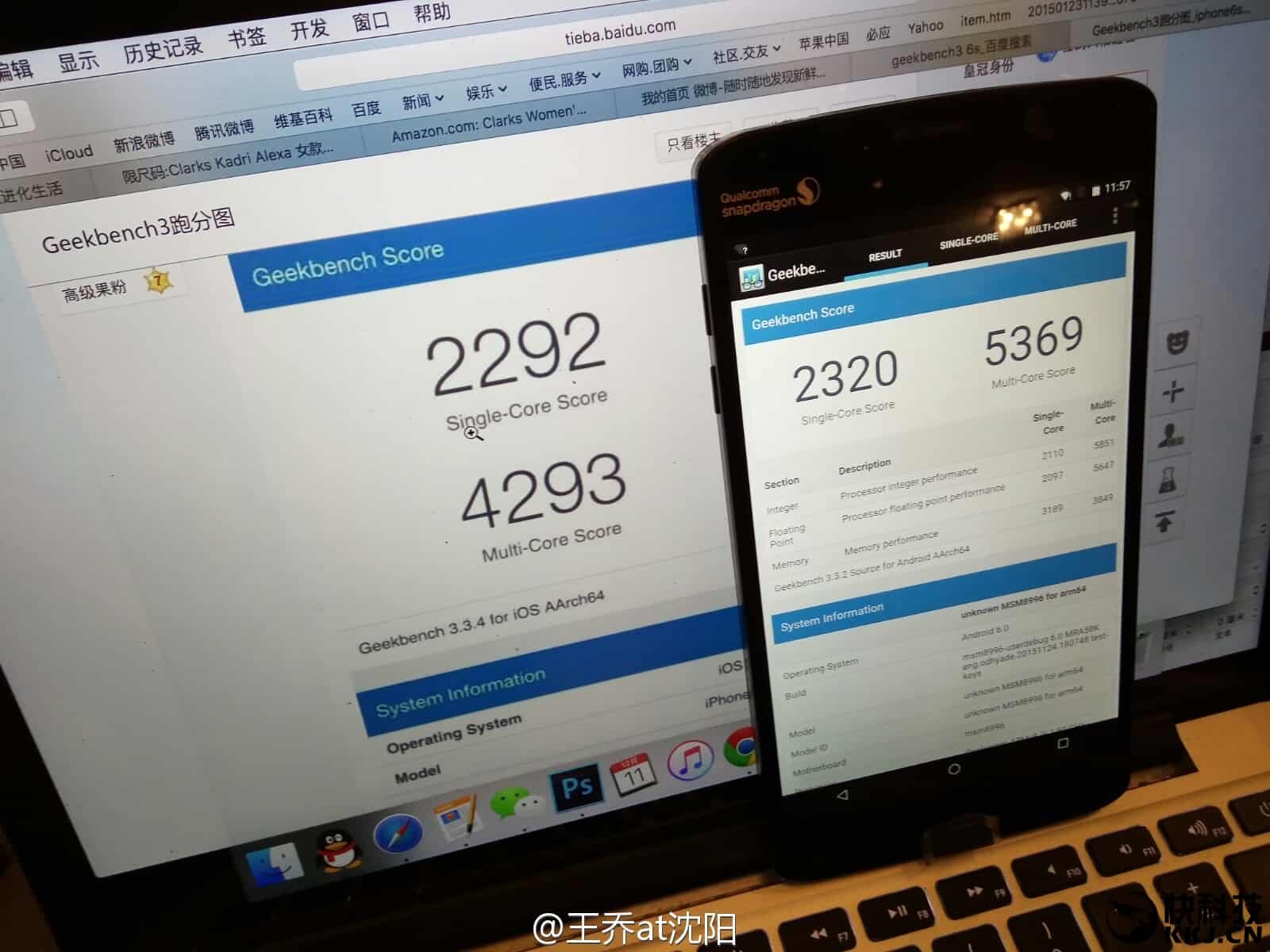