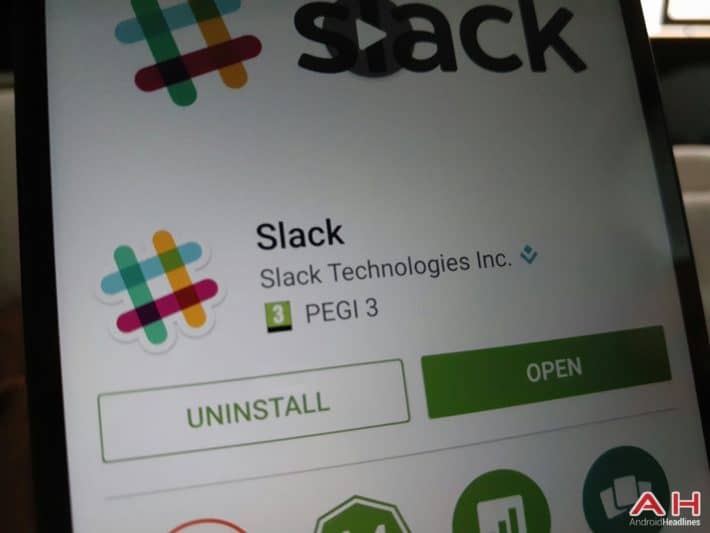 Slack was launched a little over two years ago in August 2013 and is a team collaboration system built around keeping a team in touch and keeping this discussion readily searchable by keyword, date or user. The Slack database consists of Channels – either a normal Channel or a Private Channel, which is invite only. Slack Channels are a persistent chat room and these discussions may also be readily searched. Private Channels are for more sensitive discussions or material, plus users can use Direct Messages, which can exist between two or more Slack members in a similar way to other instant message services such as Google Hangouts. Slack's greatest advantage is that the service integrates into a large number of third party applications and services, including Dropbox, Trello, Google Drive, Crashlytics, GitHub, Runscope and Zendesk, to name a few. Earlier in the year, Slack acquired Screenhero so as to integrate screen sharing, video and voice into the Slack system. We have also recently seen Emoji Reactions added in the summer, designed to allow users to better express their emotions. The Slack application is available for the Android and iOS platforms with a Windows Phone version under development.

Today, we are bringing you Slack's latest news. Firstly, the business is producing an application directory that allows users and customers to see what integrated applications and services are available for the platform – there are over 150 such third party add-ons. This should make it easier for businesses or their IT departments to see at a glance what existing services a company uses can be integrated into the Slack service. Slack has also formed an $80 million fund to invest into companies and businesses developing third party integration into the Slack system. The fund is backed by Slack together with a number of venture capital firms including Accel, Kleiner Perkins Caufield Byers and Social + Capital. In addition to setting up this investment fund, Slack has released new APIs (Application Programmable Interfaces) designed to simplify the process of building new applications to work with Slack. These include improvements to the code designed to help users, such as Howdy (designed as a bot to check in with employees and let their managers know how things are going) to Birdly (an expense reporting bot).

Slack is working on better organizing itself for more and more inexperienced users, although the business has grown rapidly since August 2013 and now has more than two million daily users and over half a million paying customers. The API additions and improvements to Slack will help the business identify what third party applications are the most popular, and may help Slack better steer itself towards what customers want from the platform. A more immediate benefit is that improving the system to allow more and more third party integration will improve how readily Slack is adopted, and this is good news for adding more customers going forwards. Slack founder and Chief Executive Officer, Stewart Butterfield, said this on the matter: "…the more apps we get people to install, the more likely they are to keep using Slack…" 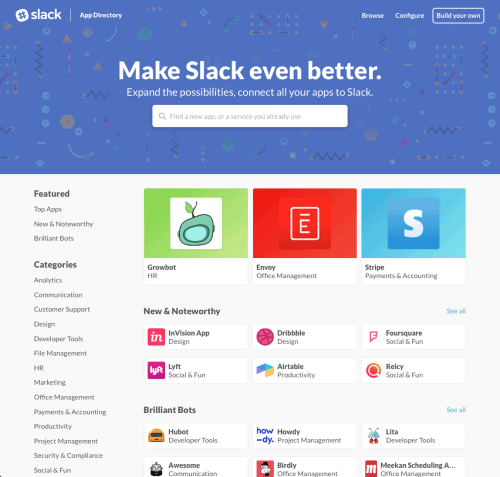