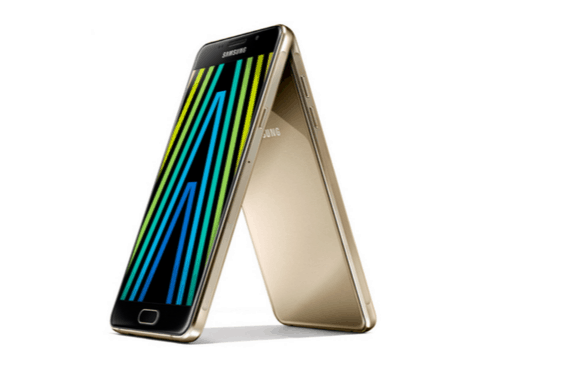 Samsung Galaxy A3, A5 and A7 are Samsung's mid-range handsets which are currently available out in the market. Two out of three were announced back in 2014, and the Galaxy A7 was unveiled back in January this year. That being said, we've seen quite a few leaks regarding the 2nd-gen Galaxy A3, A5 and A7 devices quite recently. Those three phones have surfaced on various benchmarking sites, import / export websites, and have even been certified by the FCC (some of them).

We were expecting for Samsung to announce these three handsets sometime soon, and that's exactly what happened just now, the company has unveiled all three of these devices. All of these phones are made out of metal and glass this time around, just like the Samsung's flagships which were announced earlier in 2015. Interestingly enough, all of them offer a fingerprint scanner and Samsung Pay support, while OIS cameras are also present here.

All three of these phones feature 13-megapixel OIS sensors on their back, and 5-megapixel snappers (f/1.9) up front. 16GB of internal storage also comes in all of these devices, and if that's not enough for you, the all-new Galaxy A phones support MicroSD expansion up to 128GB. 4G LTE connectivity is also a feature available in all of these phones, and Android 5.1 Lollipop comes pre-installed here with Samsung's TouchWiz UI on top of it. Now, as far as battery units are concerned, the Galaxy A3 comes with a 2,300mAh battery, while the Galaxy A5 and A7 sport 2,900mAh and 3,300mAh units, respectively.

Samsung will release these three phones in China in mid-December in White, Black, Pink and Gold color options. Other markets will follow soon after, but we don't have the details just yet. We still don't know how much will these phones cost in China, but Samsung Benelux did share Galaxy A3 and A5 pricing for Europe. The Galaxy A3 will cost â‚¬329, and the Galaxy A5 will set you back â‚¬399 should you choose to buy it. The Galaxy A7's price is still unknown, but it is expected to be around â‚¬450.