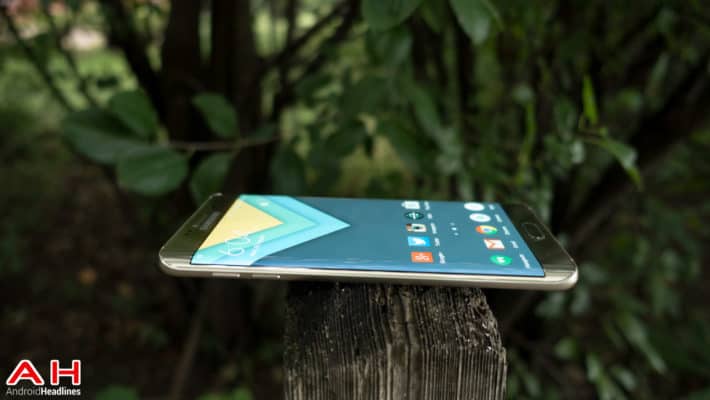 2015 is coming to a close rapidly, and as we enter the final few days of the year, it's a time to look back as well as look ahead to the future. For Samsung, this year was all about a fresh new design language used in the Galaxy S6 and particularly with the Galaxy S6 Edge. The use of a flexible display at both edges of the device gave the phone a futuristic look, and gave users a talking point to focus on when showing off their new phone to friends and family. Well, the future is exactly where Samsung is headed, if their new patent is to be believed they're chasing the Holographic dragon for the future.

The US Patent Office has awarded Samsung a patent for a smartphone using a 3D Holographic display. This would be a smartphone that projected a display above the device's display to create a hologram for people to either use as a heads-up display or even interact with. The patent is perhaps more of a placeholder, covering the South Korean firm's back if they want to explore devices with this technology. As we've seen in countless Apple vs Samsung cases, the firm that has the most patents – and held them for longer – seems to come out on top in traditional court cases. Patents are extremely important for the technology world, and they essentially safeguard you from a competitor from either copying your work or releasing something before you have had the chance.

According to the patent, Samsung have been developing technology like this for three years or more, and it's very possible that they're working on some sort of final product. Such a device would use two laser beams colliding to create a 3D holographic image. How convincing such an image would be is unclear, but as we've seen in the past, holograms can be entertaining pieces of technology, and we wouldn't be surprised if Samsung were the first to bring to the smartphone. Samsung has recently made Virtual Reality accessible to a number of consumers with their Gear VR hardware developed with Oculus and we could be hearing more from Samsung on emerging technology next year.