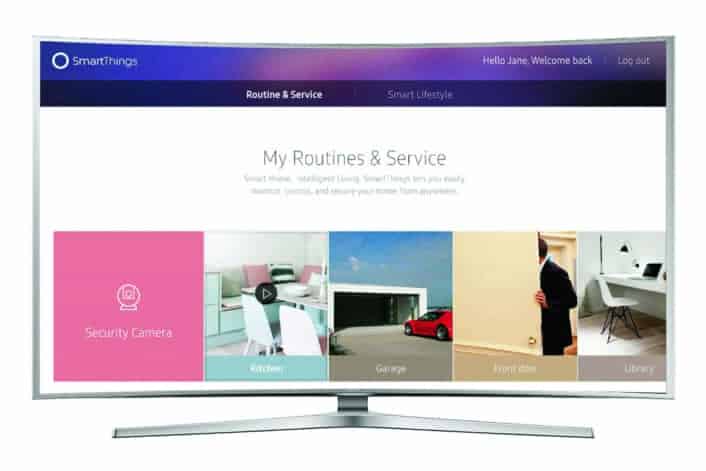 Samsung is one of the largest tech companies in the world. This Korea-based company manufactures all sorts of products, including TVs, smartphones, tablets, smartwatches, microwaves, etc. Samsung is dabbling in pretty much anything, and it seems like the company will leave their mark during Consumer Electronics Show (CES) in Las Vegas next month. Samsung has just announced that their either 2016 smart TV line-up will be IoT-ready, read on.

In the company's press release, they say that their line-up will be IoT-ready, and connected to the SmartThings platform. Now, in case you don't know what SmartThings is, it's an open platform which allows users to connect, manage and control smart devices, including IoT devices. Samsung has also said that SUHD TVs can connect with, and also control Samsung devices and SmartThings sensors. That's not all though, they can also control more than 200 other devices which are compatible with SmartThings, like smart lights, cameras, etc. The company has also said that they'll show us the future of TV, they'll demonstrate how their smart TVs are at the center of IoT ecosystem.

"The 2016 line-up of Smart TVs will offer consumers new possibilities and cement Samsung's market leading position, as the first company to launch IoT-ready TVs," said Hyun Suk Kim, President of Visual Display Business at Samsung Electronics. Mr. Kim has also added the following: "With Samsung Smart TVs working with the SmartThings technology, we have an opportunity to reach millions of households," said Alex Hawkinson, CEO and Co-founder of SmartThings. "Applying this technology into current household devices is a major step forward that will make it much easier for everyone to experience the benefits of a smart home."

The SmartThings platform lets you access your smart devices directly from your phone and SUHD TV, which makes it very convenient to use. Now, it is worth noting that every single 2016 Samsung SUHD TV will be enabled with SmartThings tech, but the functionality will be activated regionally as the platform expands. In one hand, this makes sense considering that the functionality will be activated in the markets where these TVs are available, but on the other hand, that means you won't be able to use it if you import your TV or something of the sort. We know that not many people will complain about this, but it's worth mentioning none the less. 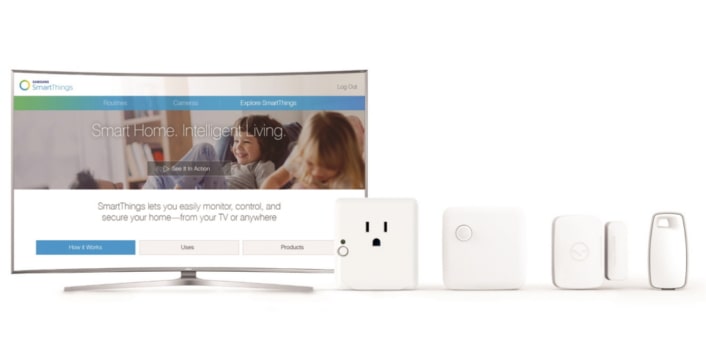