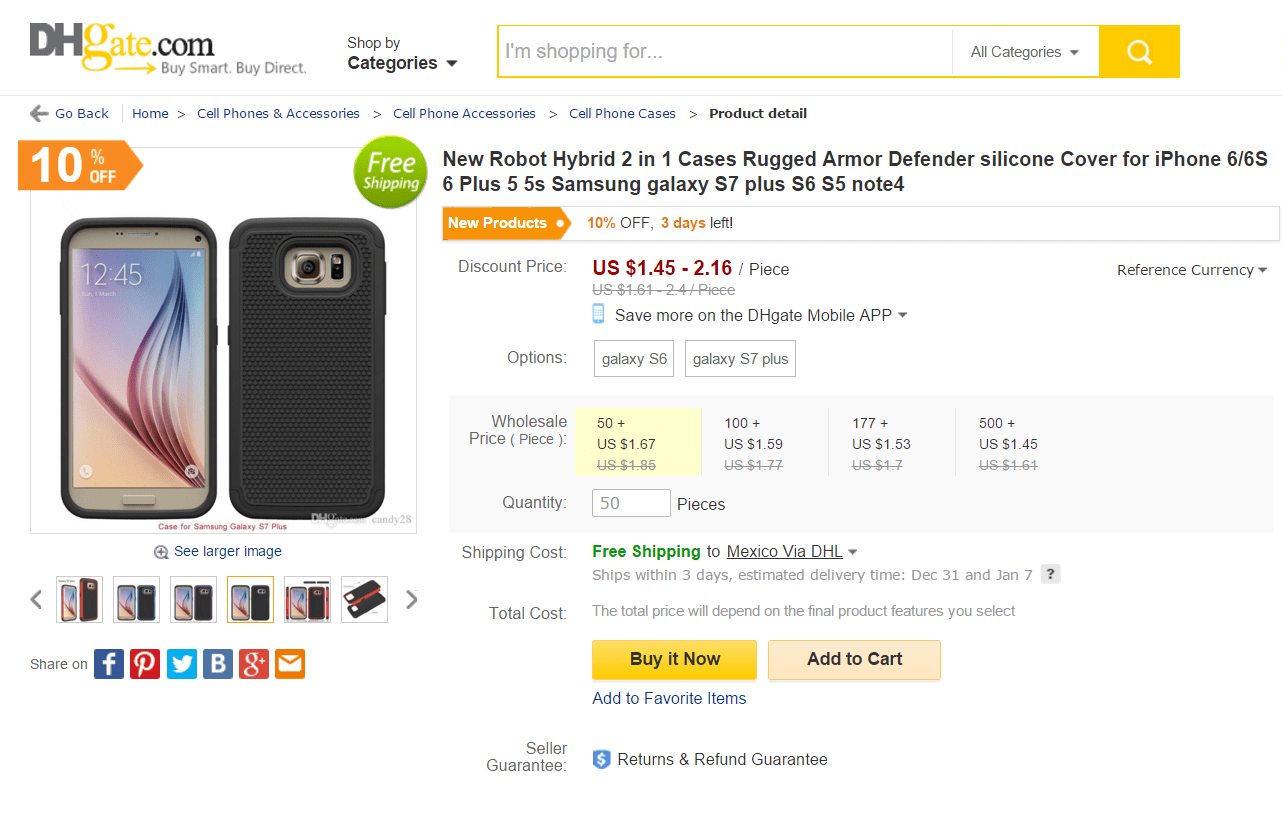 Since we are probably a few months before the launch of the much anticipated Galaxy S7 from Samsung, there have been a large number of rumors about this handset. Those rumors include some aspects about its internals, some variants might be powered by the recently released Snapdragon 820 processor and since the company wouldn't want to cause any controversies with this handset, it seems that the phone will include a new cooling system to prevent the processor from overheating. Regarding the design of the phone, it has been said that it will be quite similar to the current Galaxy S6 lineup based on glass on front and back and a metallic frame in the middle, this comes from some renders that got allegedly leaked and more recently, some case designs.

Possibly a total of 4 phones will be announced at the same time, including regular versions in two different sizes and the Edge versions (which curve around the edges of the screen) in different sizes as well. So far, only cases for the Galaxy S7 and the larger Galaxy S7 Plus have leaked, but given the success of the Edge lineup, this particular rumor might end up being correct. Now, a case from manufacturer DHgate has been spotted in different colors and it resembles one of the cases that got leaked recently. The cases are listed at around two dollars for each unit from a wholesale, they consist in two parts built with TPU, polycarbonate, and silicone. While it's possible that Samsung already sent some renders, schematics or even dummy units to case manufacturers, some cases are built based on rumors so they can be sold by the time of the official announcement. Still, the first scenario is more likely as case manufacturers wouldn't like to end up with an unusable stock of their products.

The overall design looks very similar to the one of the Galaxy S6, as the cut-offs for the camera module and the heart-rate monitor on the back place these components where they are located on the S6. The button placement on the sides also looks like the one on the current generation, as well as the location of the speaker, charging port and headphone jack on the bottom and IR port and secondary microphone at the top.