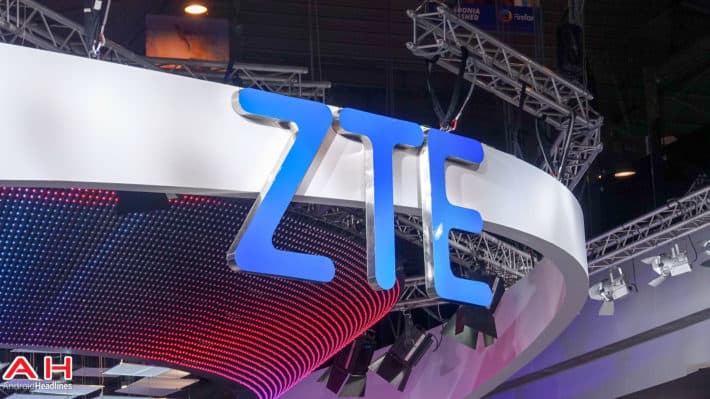 Three of the largest smartphone and tablet device manufacturers in the world – Apple, Huawei and Samsung – design and develop their own chipsets (or System-on-Chips) for at least some of their devices. We've seen the Apple A-series, the Samsung Exynos and the Huawei HiSilicon Kirin chipsets. By controlling the design of these System-on-Chips, the manufacturer has finer control over the resulting device's performance as well as a greater handle on the development of individual devices. There should also be cost benefits to producing in-house chipsets too, although some manufacturers still strive to use a well-known and premium chipset manufacturer and brand to help promote their products (typically the Qualcomm Snapdragon).

We have news today that Chinese manufacturer, ZTE, has an ambition to develop its own range of smartphone chipset and in doing so, help it regain its position as one of the top three smartphone device sellers in China. ZTE already design over eighty communication semiconductors, typically wireless baseband (mobile data modems), RF and router chips. Many System-on-Chip designs include integrated communications chips combined with application processors and graphical processor units. ZTE vice president, Yu Yi-fang, has explained that given this backdrop of existing chipsets and semiconductor experience, it "would not be difficult" for ZTE to develop its own chipsets. This statement appears to be backed up as ZTE's first in-house chipset (and associated software) has already been approved for online registration by the Chinese Ministry of Industry and Information Technology, or MIIT.

Conceptually, ZTE ought to be able to relatively easily acquire the license to either use or customize the existing range of ARM Holdings' application processor cores. They may need to recruit a team of chipset engineers, but should have some of the necessary experience in-house. It may be possible to quickly, easily and cheaply prepare a chipset for use in its portfolio of devices. It may not be as refined as competitor chipsets but it may not need to be, and a few dollars saved in a budget or mid-range device can have a disproportionately large impact on the profits generated by a smartphone or allow the handset to undercut competitor devices. We have also seen ZTE's sales pick up and the company is expecting fourth quarter 2015 sales to be comparable to the devices shipped in the second and third quarters, although it is normal to see higher sales in the run up towards the end of the year.